In anticipation of our upcoming Coffee Hour program on colonial cooking, here are some of the more unusual food-preparation items in our collection – though these are from the late 19th-early 20th century.

While we have many cookie cutters in a variety of shapes, we also have a doughnut cutter. Its roughly 2.5 inch diameter might seem a bit stingy, but it would no doubt swell up when frying to a more satisfying size. Note the cylinder in the center to punch out the hole. 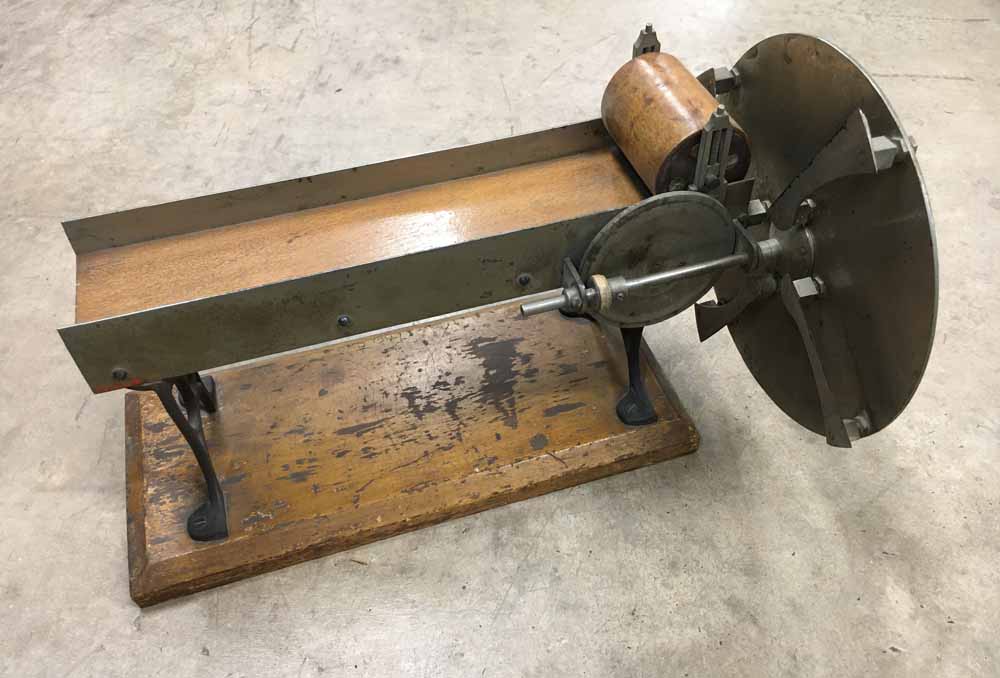 The second item could be mistaken for a torture device, but it is in fact a noodle cutter. Pasta would be laid out on the wooden “bed” and fed under the wooden cylinder, while the four blades on the disk (turned with an unseen crank on the other side) sliced it into perfectly-sized noodles. 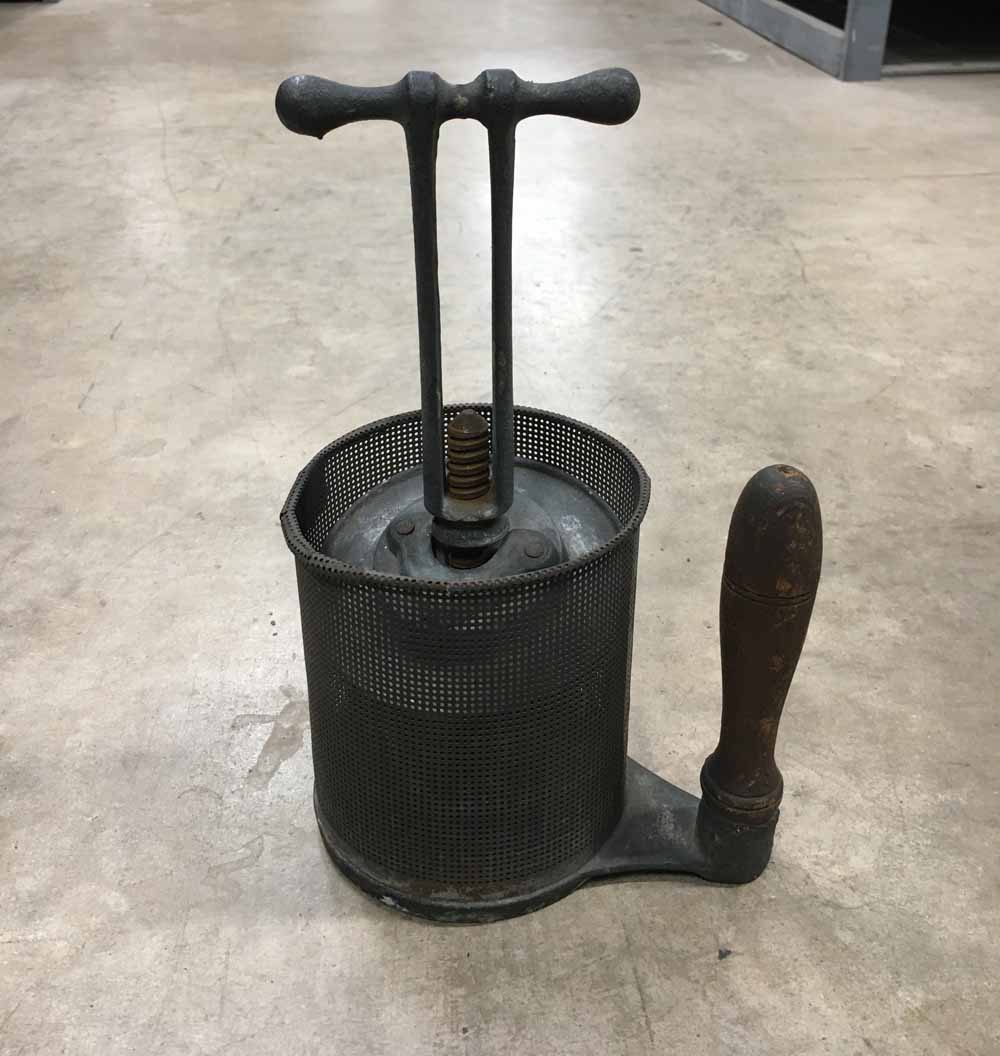 The fruit press was used to extract juice for making jelly. This particular model was patented in 1873, and uses the handle and plate at the top to squeeze the fruit in the basket, making the juice seep out through the small holes.

If you are craving eggs, we also have an egg cooker for preparing up to eight eggs right at the table. The eggs would rest in the rack and be enclosed in the water-filled cooker, while the alcohol burner underneath provided the heat. 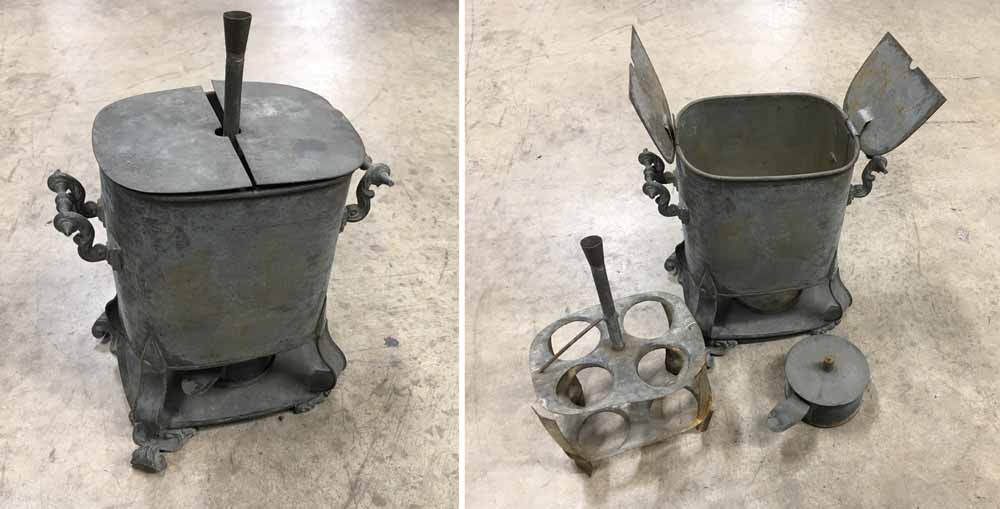 Among the many rolling pins in our collection are this small, wooden rolling pin for a child, and a hollow glass rolling pin with a metal cap on one end. This could be filled with ice water for added weight and to keep dough cold while rolling it out, but pins like these were also filled with more “exotic” items such as salt, cocoa, or spices, and presented as gifts to new brides. Sailors often bought glass rolling pins while in port and presented them as gifts to their loved ones (or filled them with their beverage of choice). The loved ones might then hang the pin on the wall as a token. If the pin fell and broke, it was said the sailor would never return from sea…

Job Reference: Knute Rockne!
Going Postal ...With a Chair?
Jumping on the Bread Wagon
The Work of a Talented Artist