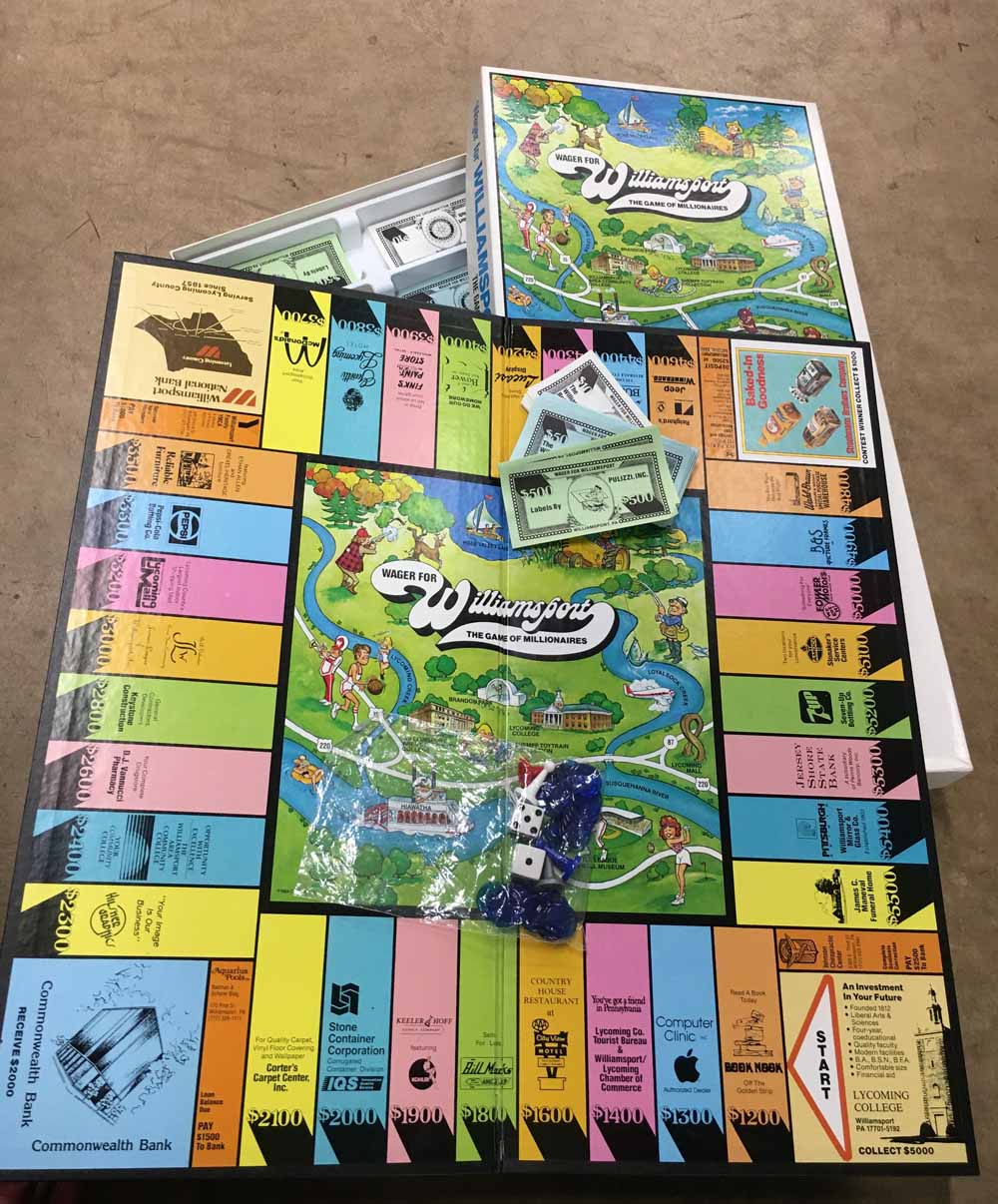 As we “enjoy” the colder weather that keeps many of us indoors looking for something to do, let’s look at a few of the games in our collection.

The “Wager for Williamsport” board game helped raise funds for the Williamsport Rotary Club. First proposed in 1983 by Frederick Gilmour, this game is based on Monopoly, but with a local twist. The properties are all local businesses, but thankfully the County Jail does not appear in the corner! A cartoon map in the center depicts many familiar landmarks in the county, including our own Shempp Toy Train Collection. The game sold out by 1985, raising $39,000 toward the Rotary’s goal of establishing a tourist information center.

Card games have been a staple of indoor activities for years, though the decks shown here are a little different. One is a Württemburg, Germany style deck, using suits like bells, leaves, and acorns, and replacing the Queens and Jacks with Obers (knights) and Unters (journeymen). This particular deck is for playing the game Gaigel, similar to Hearts, and was produced by the Williamsport Paper Company. Decks of circular cards were advertised as easier to hold and harder to damage, but never became as popular as rectangular cards. This deck is probably from around 1930. The third deck shown is a game called Trupe, using cards based on Girl Scouts, introduced at the 1939 New York World’s Fair. The inclusion of Prospero the Goat is somewhat of a mystery… 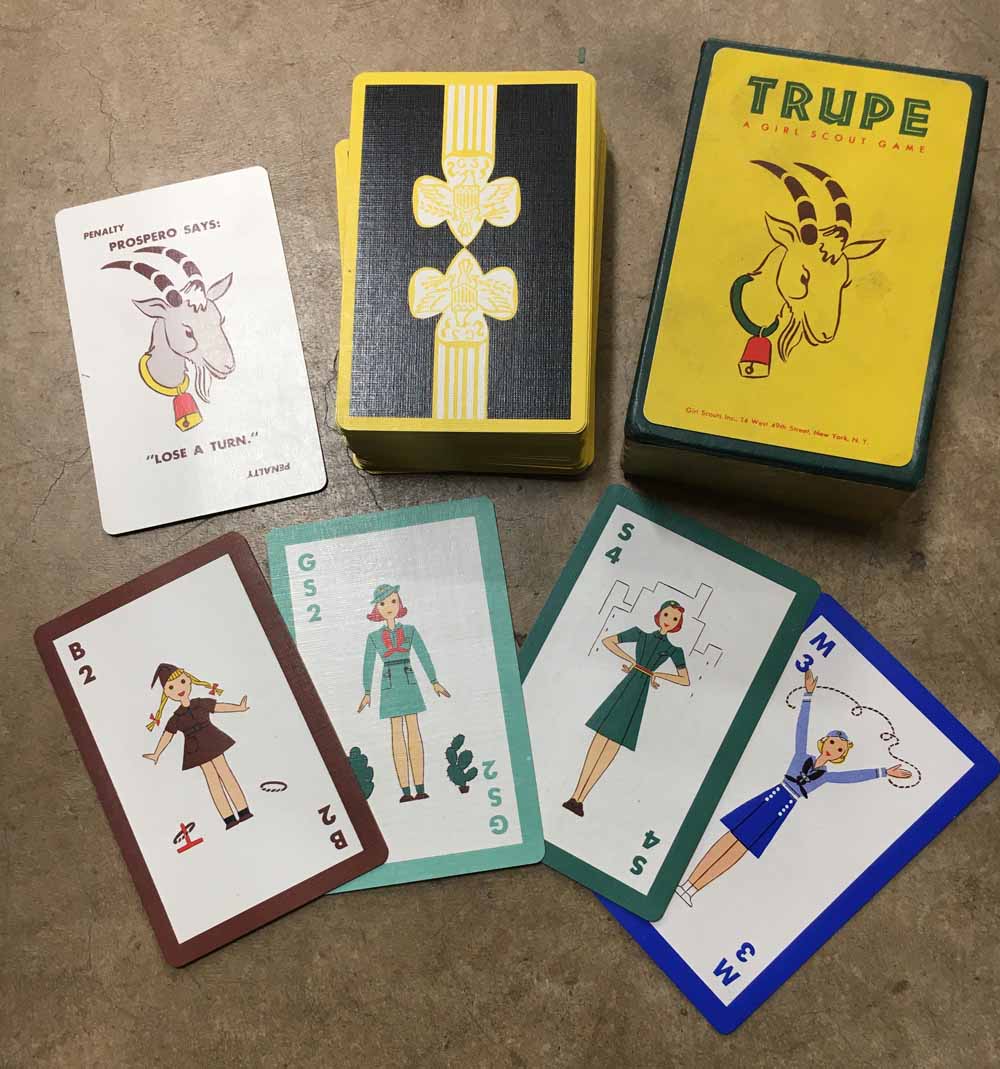 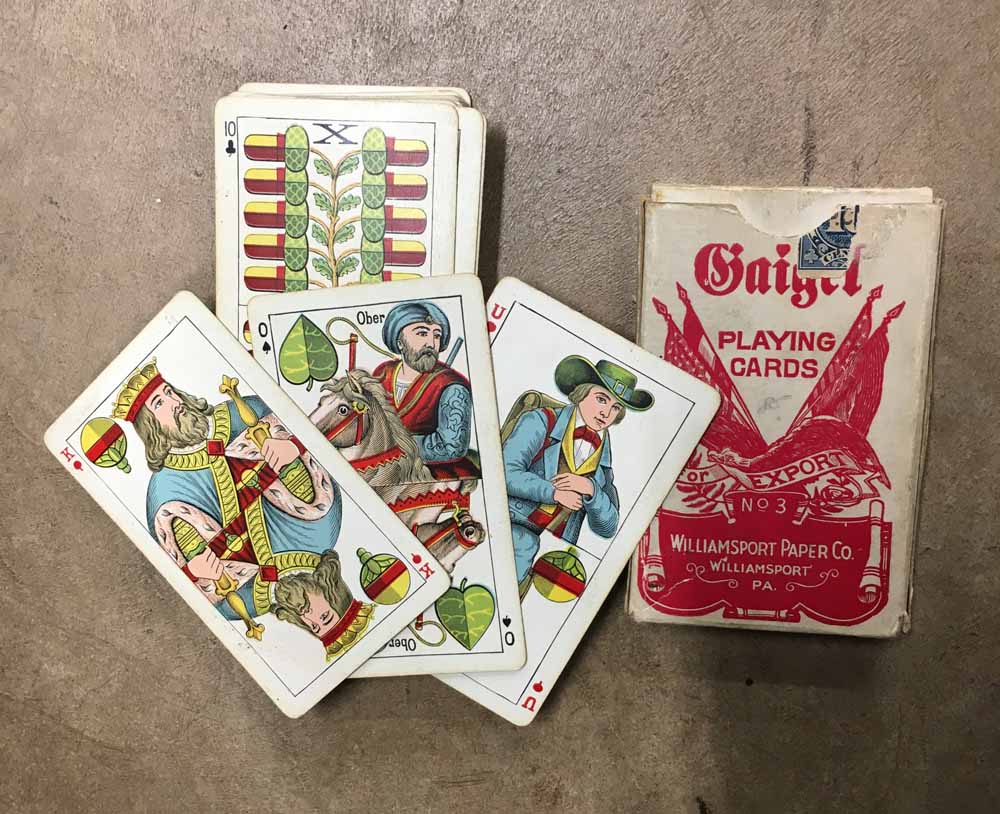 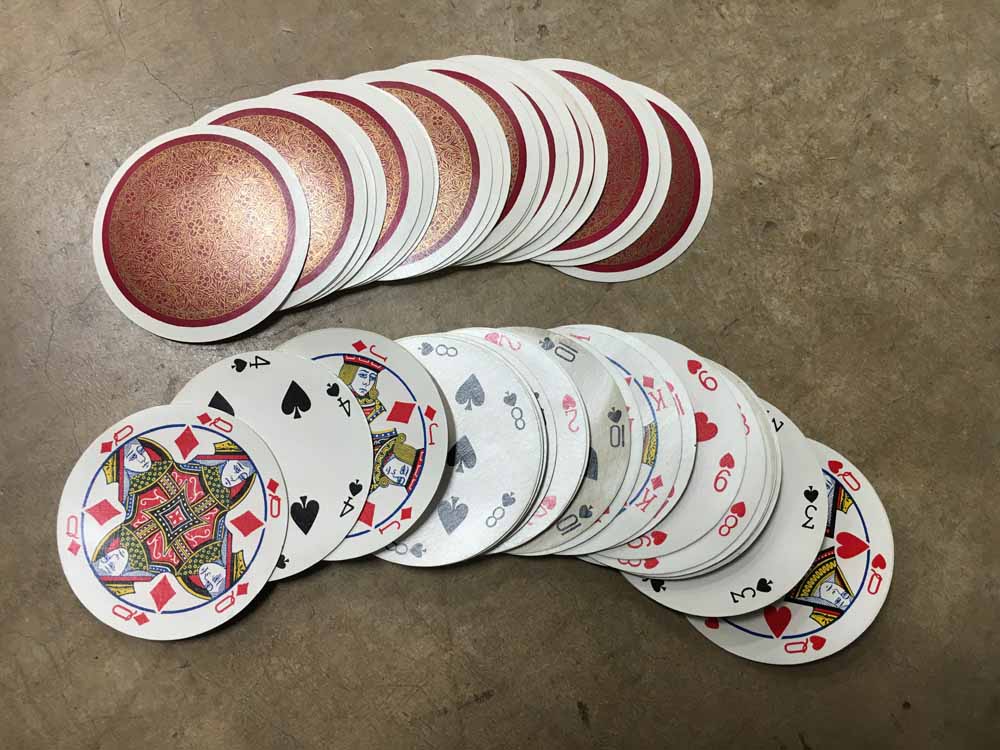 Finally, we see two early pieces of game equipment: one, an ivory counter using a rotating pointing finger, and the other, a score tabulator. The ivory tabs in multiples of 10, 100, and 1000, would be raised to indicate a person’s score. See if you can figure out the score shown here (hint: it’s a number that might make you groan) – and for an additional challenge, try to figure out what the maximum possible score would be. 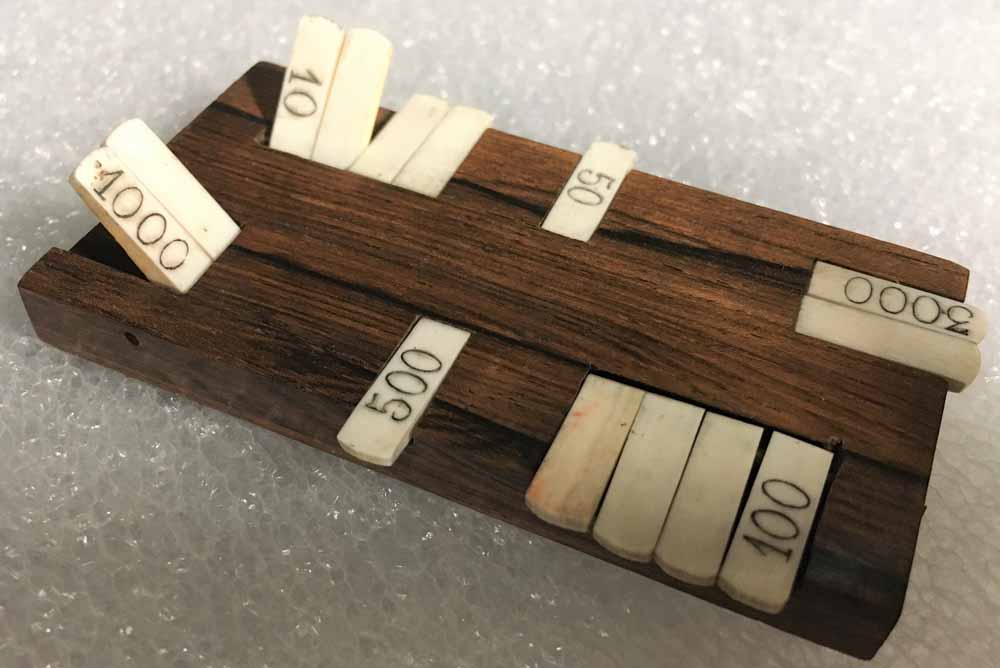 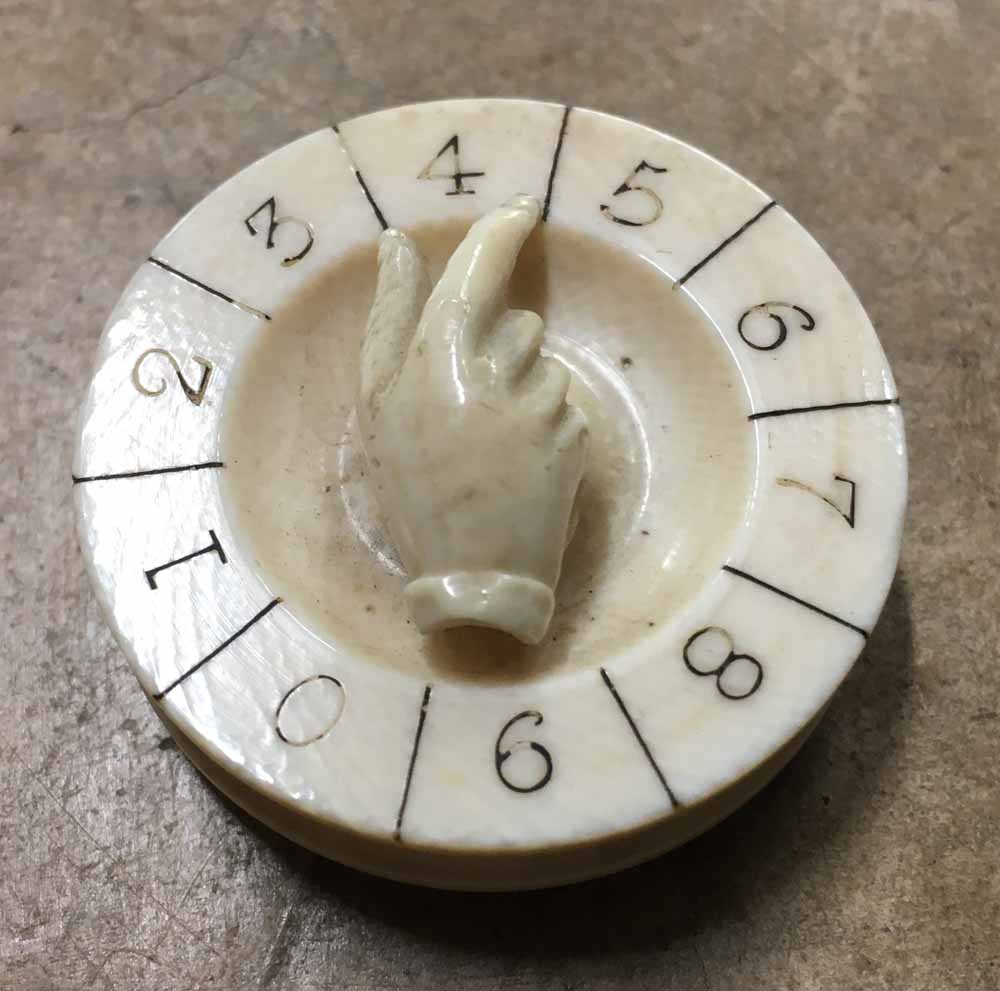 Testing, Testing…
Time “Weights” for No One
Last Moments of a Murderer
A Head of the Game