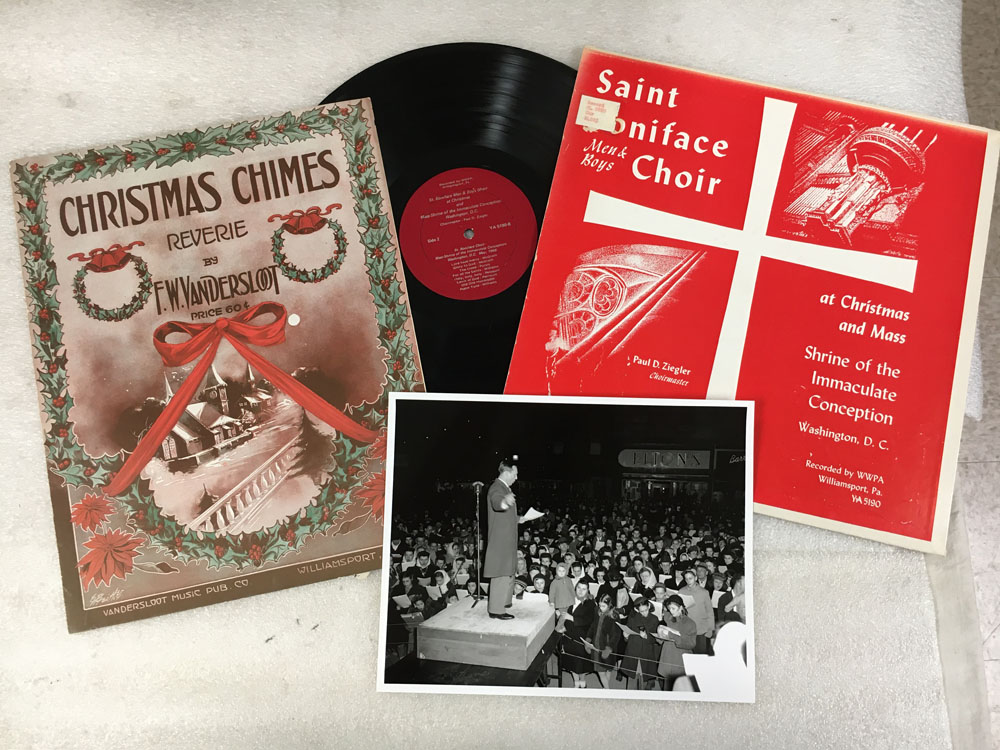 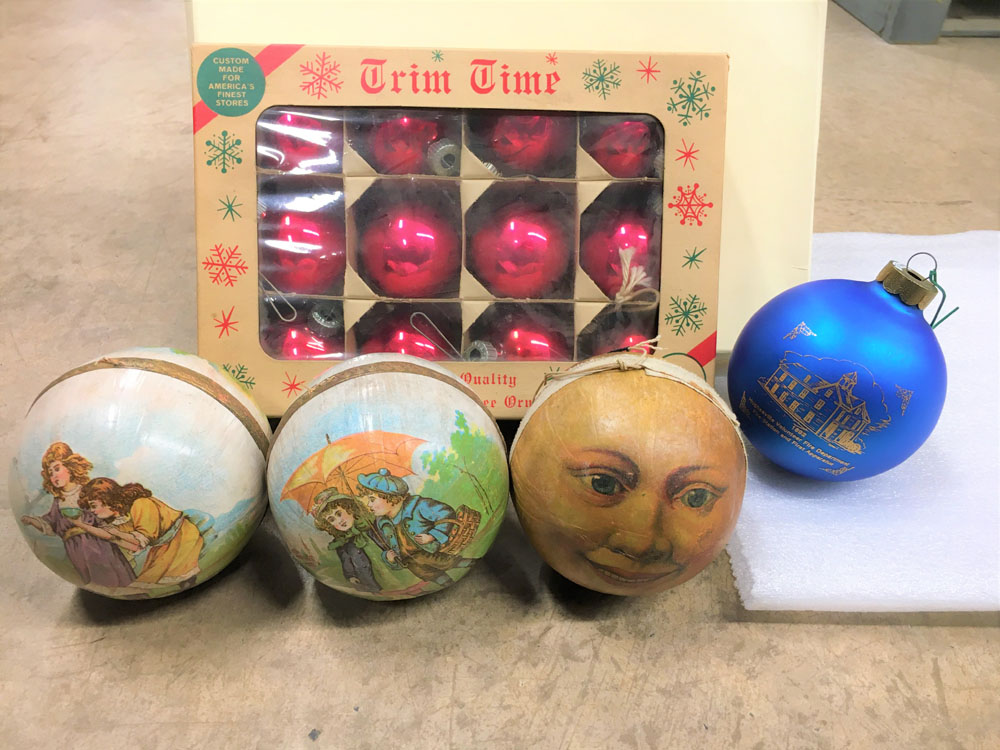 A tip of the candy cane to anyone who guessed that we would do a “Taber Treasures” on some of our holiday artifacts in December.

These Christmas ornaments show a variety of eras, from hand-made papier-mache ornaments of the late 1800s, to mass-produced ornaments sold at the L.L. Stearns department store in Williamsport in the mid-20th century, to a 1992 collectible ornament depicting the Hughesville Volunteer Fire Station.

Members of the Duboistown Flower Club, including Sarah Heim at left, were hard at work making holiday floral decorations in 1965. Members of the Albert Smith family went all-out for their 1937 display in their home at 333 Main Street, South Williamsport. The Ritz Theater in Muncy seasonally jazzed up their stage in 1937. And the Sylvania Christmas tree shone brightly in Montoursville in 1958, as it did every year, and continues to do today (though Sylvania has moved on). 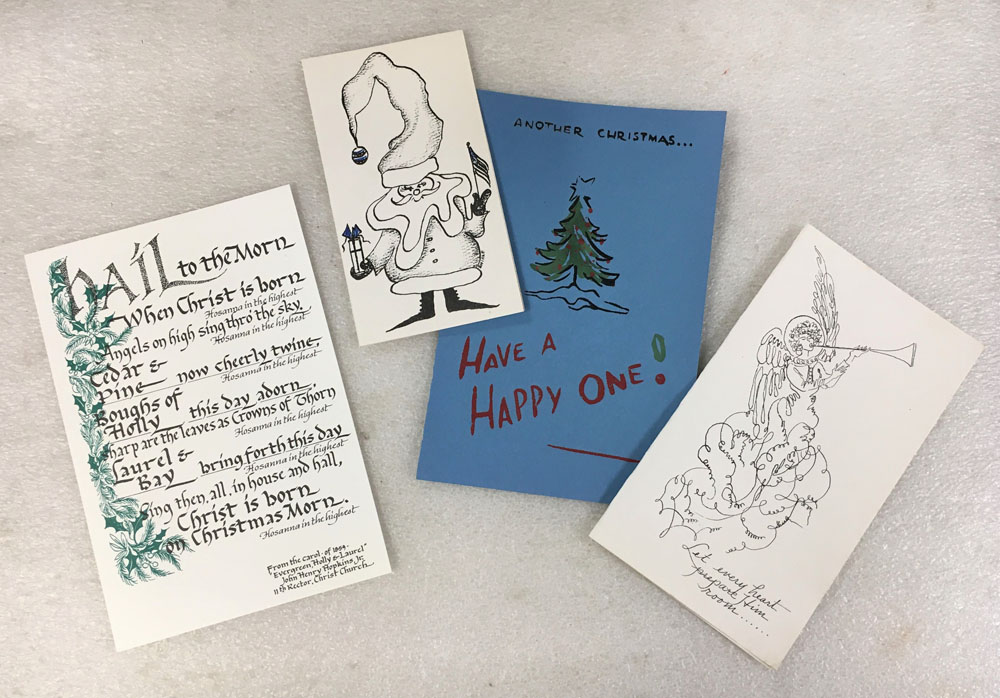 Music is always a part of holiday celebrations, and Lycoming County residents enjoyed carols and hymns in any number of ways. They played sheet music from the Vandersloot Music Publishing Company, like “Christmas Chimes” in 1915. Or, once the age of sound recording hit, they listened to albums like the St. Boniface Men & Boys Choir performing a Christmas mass in Washington, DC in the 1960s. They also took part in Community Sings, like this one in downtown Williamsport in 1948, led by Lycoming College’s Walter McIver.

Sending cards are a common tradition around the holidays, and those with artistic talent often produced their own. On the right are three cards drawn by Shirley Dieffenbach, who taught art at Williamsport High School for 25 years. The piece on the left is unsigned, but bears the unmistakable calligraphy of Dr. June Baskin, another Williamsport art teacher who went on to become the art supervisor for the entire district. The words are from a hymn, “Evergreen, Holly & Laurel”, by Christ Church rector John Henry Hopkins, Jr. You might better recognize another of his hymns: “We Three Kings of Orient Are”.