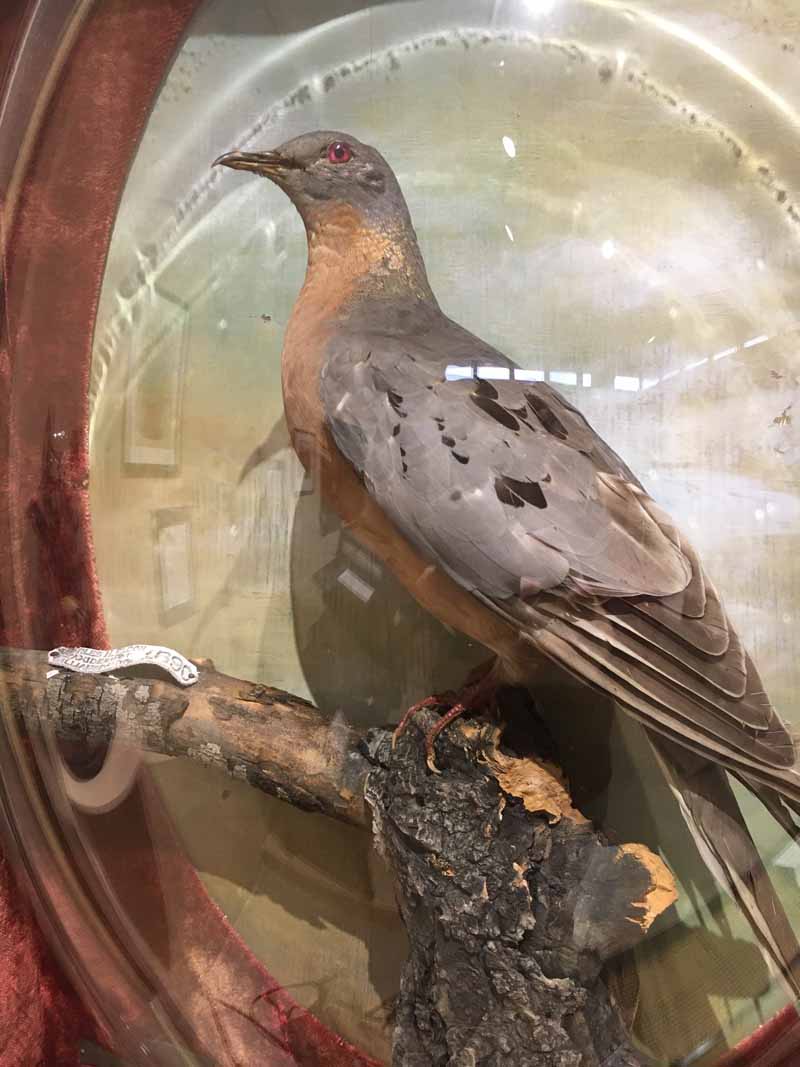 This passenger pigeon currently roosts in our Art Gallery. Once the most numerous bird species in North America, the passenger pigeon population declined quickly over the course of the 19th century. The last documented wild pigeon was shot in 1901, and the last in captivity died in 1914. Hunting the pigeons themselves and depriving them of their habitat via deforestation both contributed to the species’ extinction. Jasper Fincher shot this particular example near Linden on October 5, 1890. 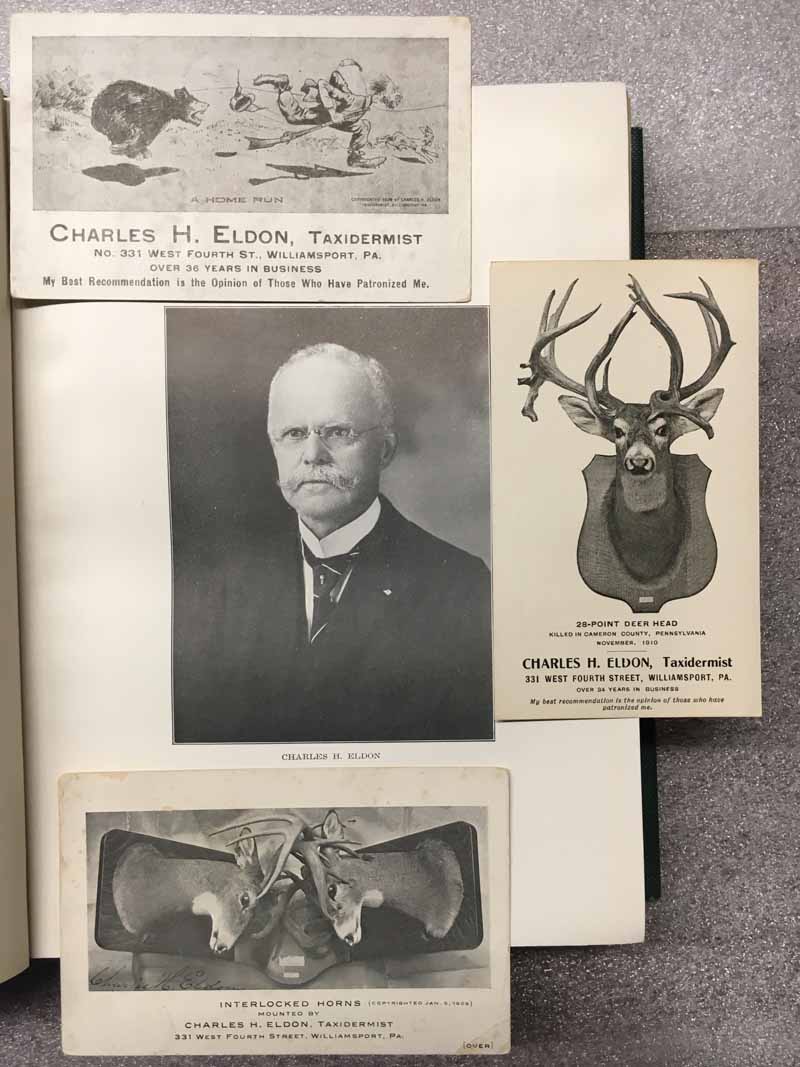 While it’s difficult to see in this photo, the label on the branch to the left of the pigeon identifies this display as the work of Williamsport taxidermist Charles Eldon. Born in Adams County in 1852, Eldon moved to Williamsport with his parents in 1868. After some time working as a druggist and bookkeeper, he switched to taxidermy, studying with nationally-renowned naturalist Walter Van Fleet (also a Williamsport resident). Eldon worked as a taxidermist until his retirement in 1916, gaining a reputation as an author and lecturer as well.In 1907, he served as one of the founding members of the Lycoming County Historical Society. Charles Eldon died in 1930 and is buried in Wildwood Cemetery.

As a founding member of the Society, it is perhaps no surprise that Eldon contributed several examples of his work to our collection - not just the passenger pigeon, but also many of the animals in our 3-Dimensional Storage area. These are not exhibited too often, partly because of their fragile nature, but also because one of the common chemicals used in taxidermy was arsenic! 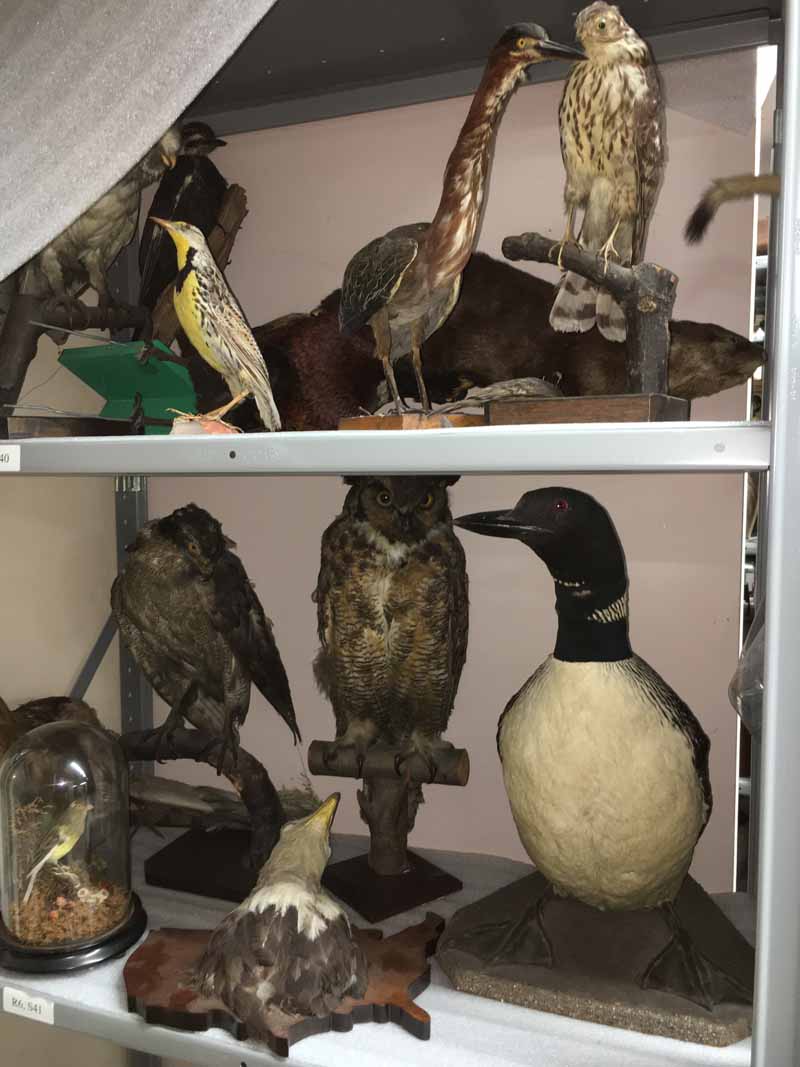 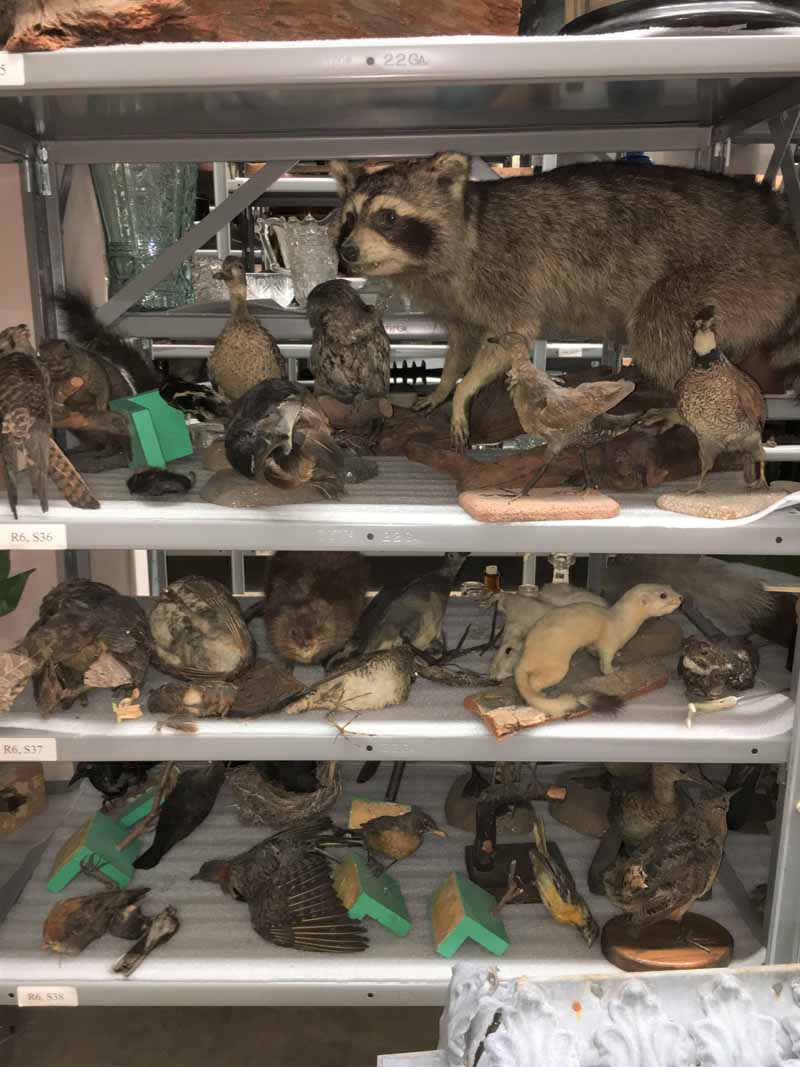 Start Your…Engines?
Job Reference: Knute Rockne!
Up For a Game?
The Work of a Talented Artist