A Cornucopia of Autumn Artifacts 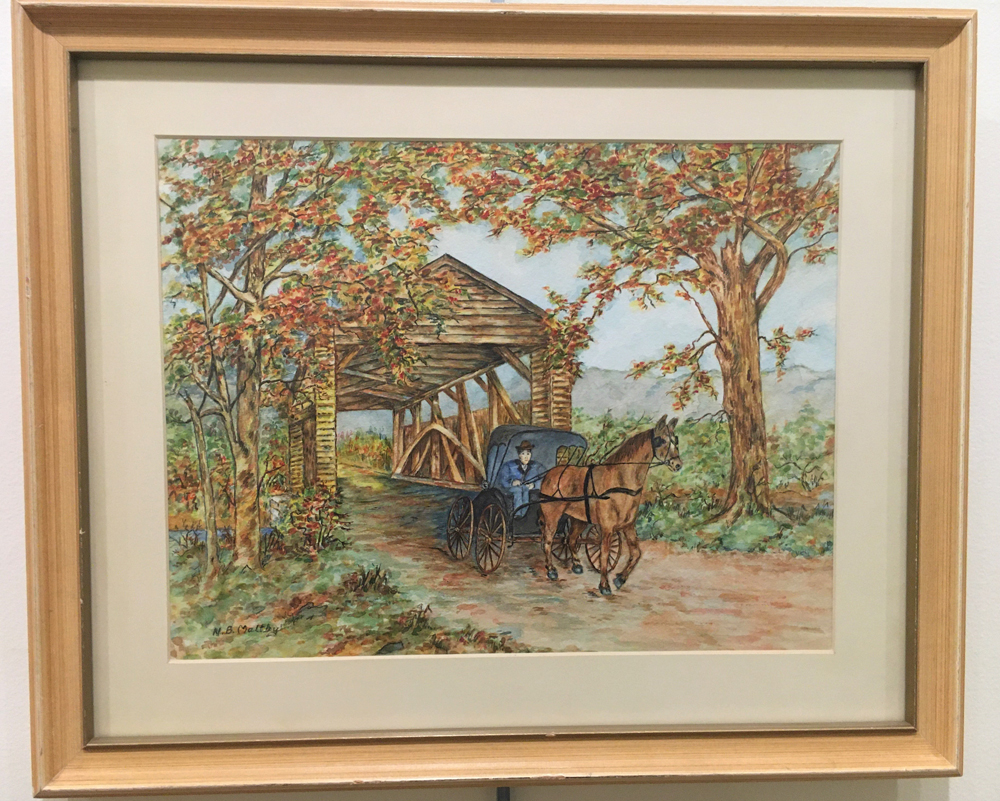 As the calendar moves firmly into October, here is a selection of fall-themed items from our collection. 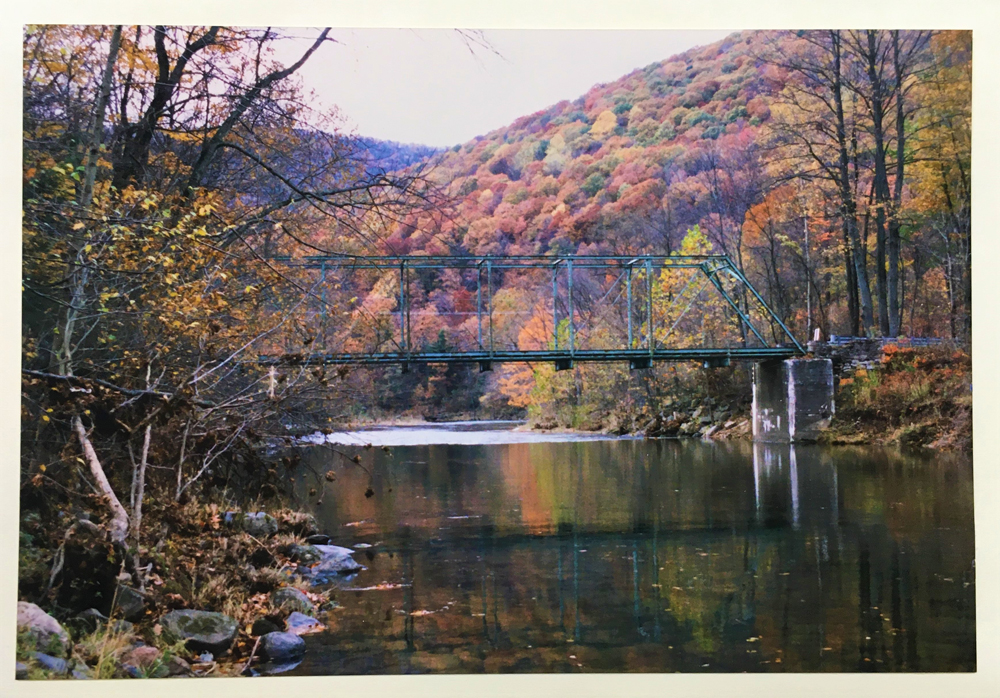 First is a watercolor painting by Nellie Burt Maltby showing a horse & buggy crossing a covered bridge over Wallis Run. Mrs. Maltby painted this around 1964 when she was 78 years old, and gave it to the Historical Society almost immediately after.

A very different kind of bridge is shown in a photograph of the bridge over Lycoming Creek at Camp Susque, north of Trout Run. This was taken by David Swift in October 1995, just months before it was washed out in January 1996 and replaced with a concrete bridge. 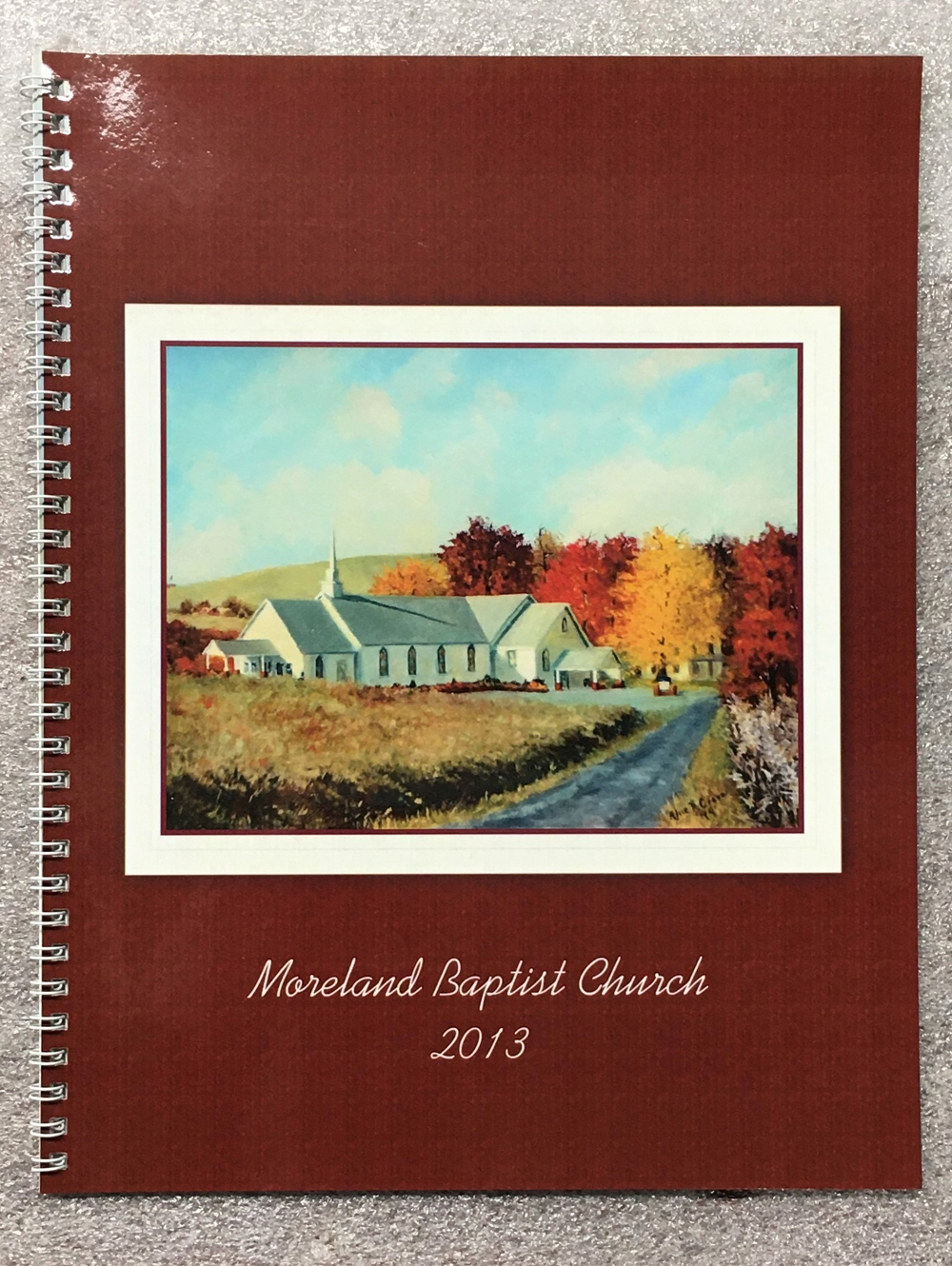 The cover of Moreland Baptist Church’s 2013 directory shows the church building on a bright fall day, surrounded by colorful foliage. 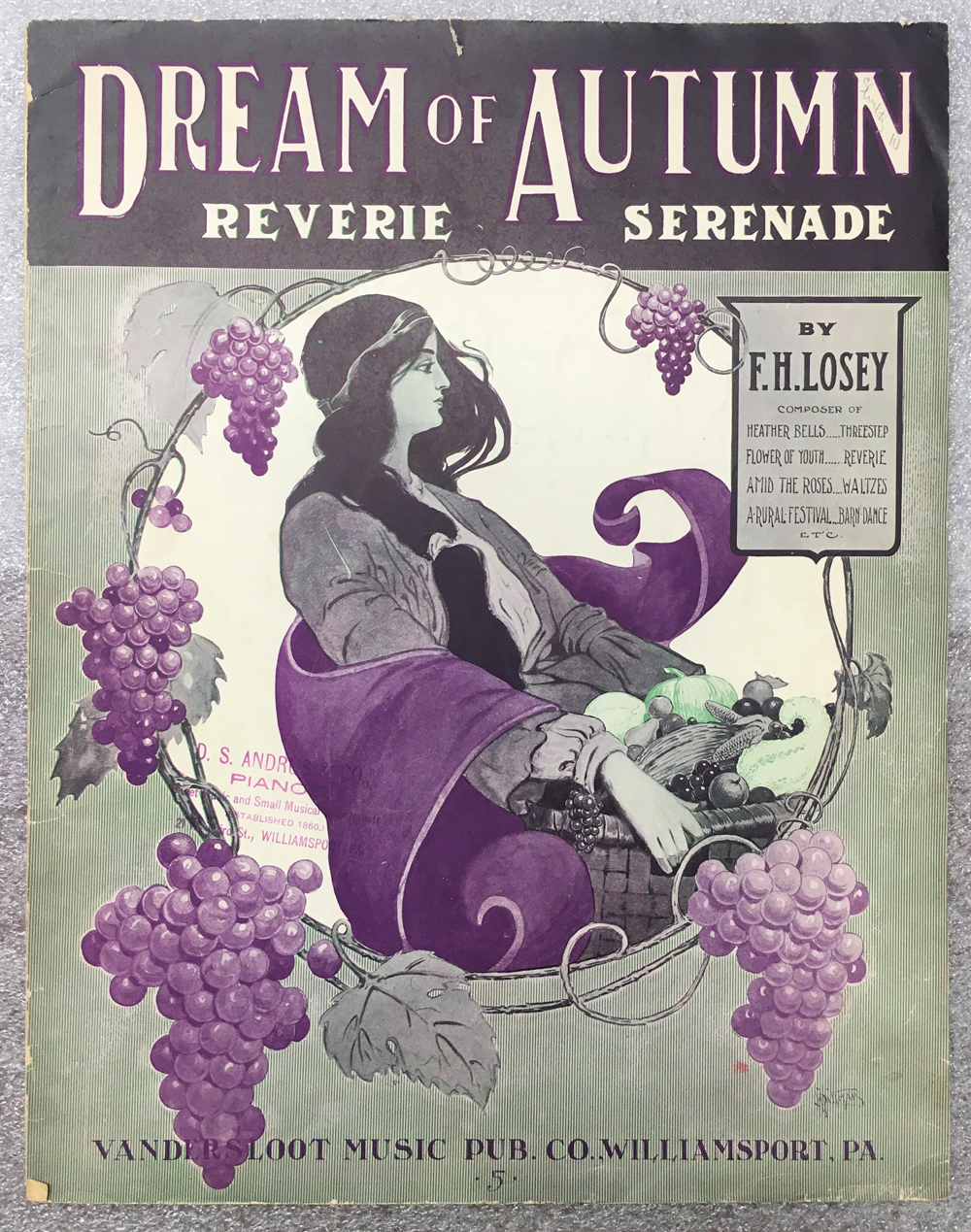 While the 1909 sheet music for “Dream of Autumn” does not perhaps show “traditional” fall colors, the image of a woman carrying a basket of produce and surrounded by grapes certainly brings to mind thoughts of harvest. This music was published in Williamsport by the Vandersloot Music Publishing Co., and bears a stamp from D. S. Andrus & Co., a music and musical instrument store.

Finally, the 1900 “Catalogue of Fashions for Autumn” was locally available through the Bush & Bull Co., one of several Williamsport department stores that have been lost to history. There is no trace of the Bush & Bull building today, the entire block now being occupied by the building at 33 West Third St, housing Voter Services, Julie’s Coffee, a bank, and many other offices. 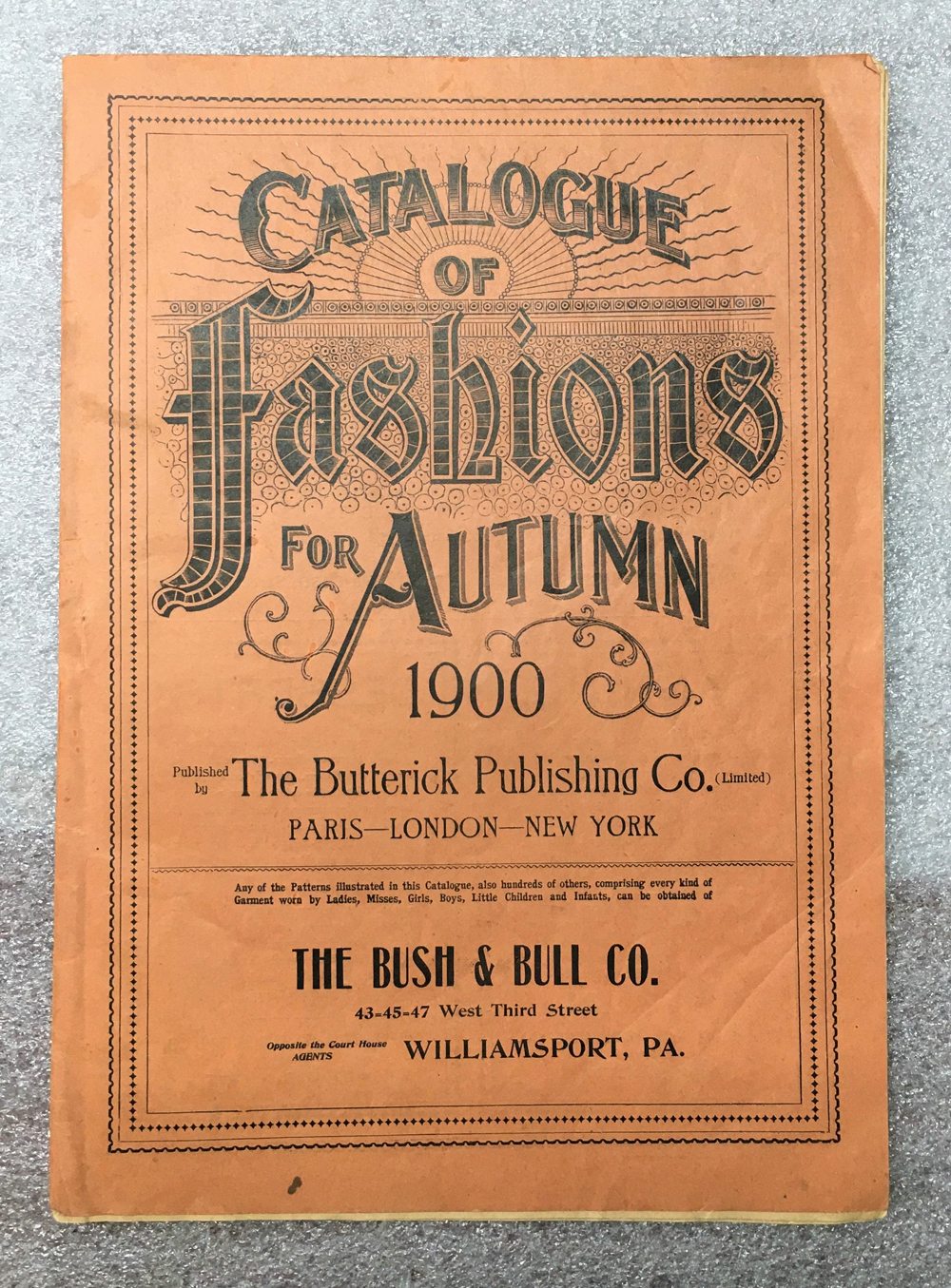