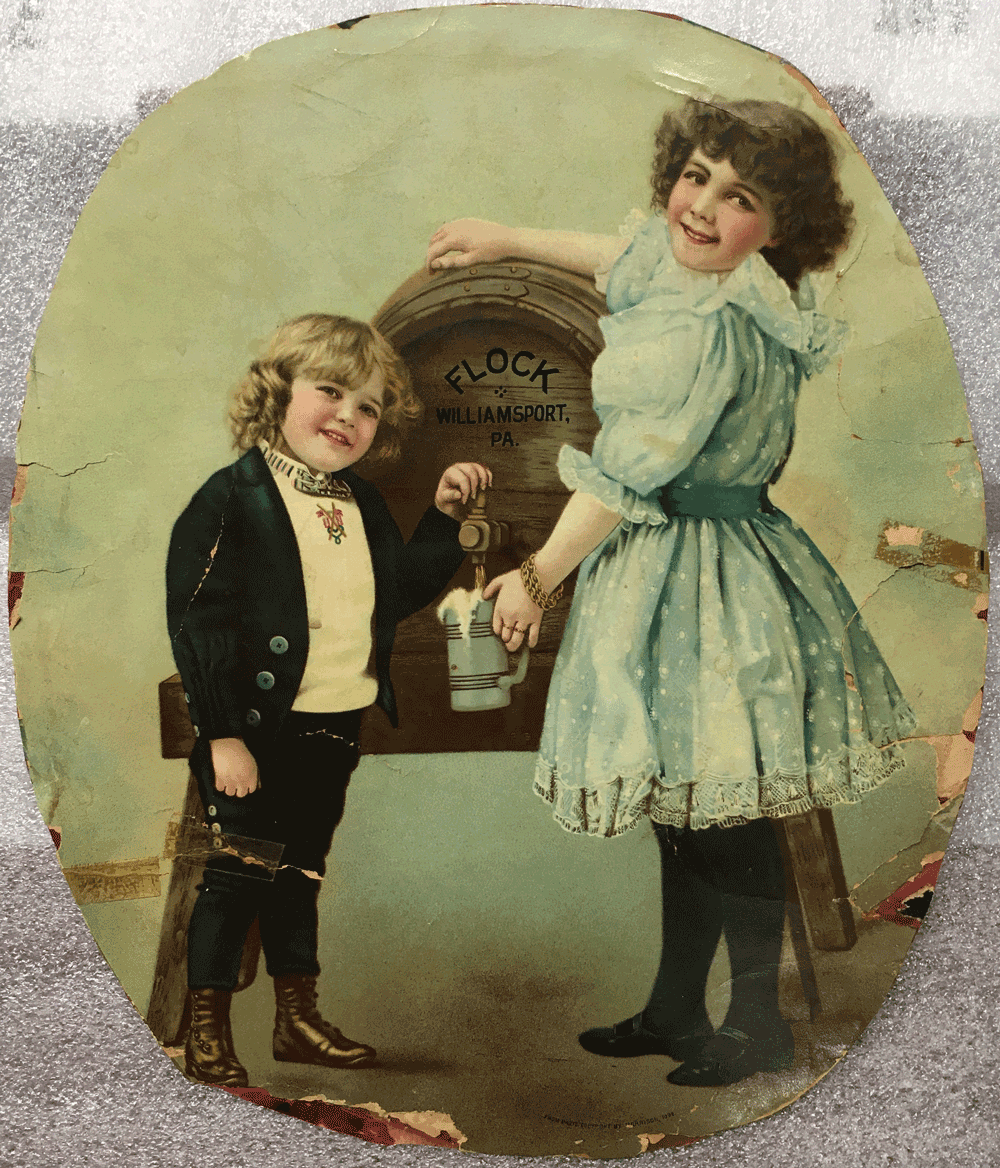 As our Bottles & Brews fundraiser approaches, the time seems appropriate to present some advertising materials from the Flock Brewery. What is NOT necessarily appropriate is the nature of one of the advertisements.

Jacob Flock took over and renamed the Flock Brewery in 1865, and his enterprise eventually took up much of the west side of Franklin Street just north of West Fourth Street. Lycoming College purchased the property in 1951 and demolished most of the brewery buildings a few years later. The Krapf Gateway Center and the re-routed Franklin Street now occupy much of the space that was once the Flock Brewery.

As a sign that advertising practices were not always quite as regulated as they are today, one piece shown here depicts two young children cheerfully helping themselves to a mug of beer, flowing from a Flock’s keg. Let us assume they are merely filling it up for someone of more advanced age.

Far more innocuous is the second piece, a paper placemat showing the classic Flock’s bottle with the catchy couplet “Brewed Dry and Light / to Treat You Right!” The placemat came from the Franklin Hotel, for many decades located just up the street from the brewery until it, too, became part of Lycoming College’s campus. 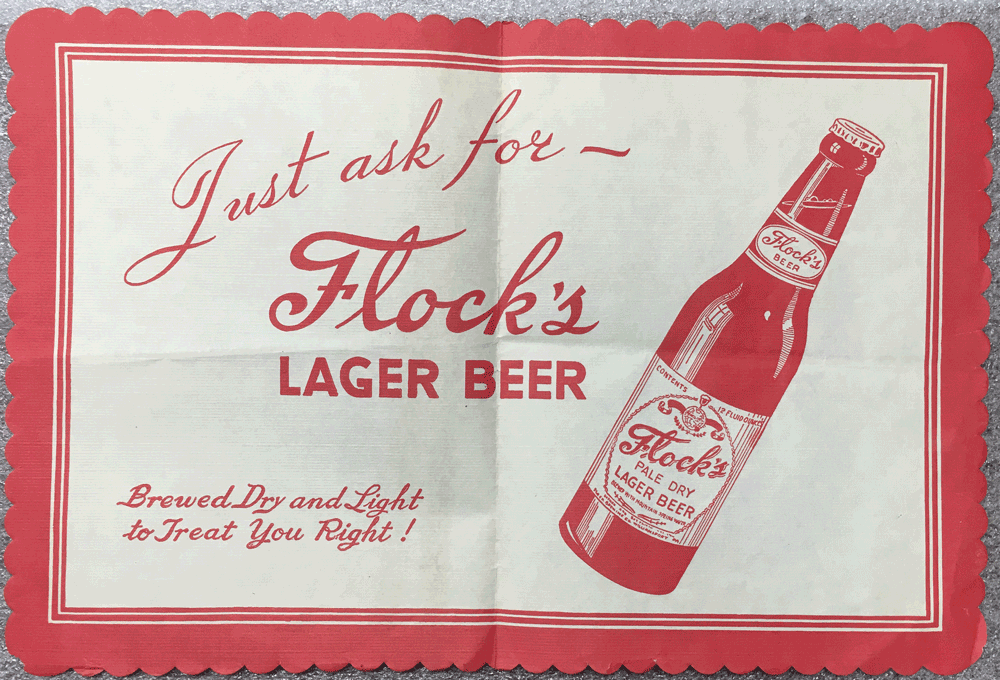 This Rings a Bell

A Cornucopia of Autumn Artifacts

Testing, Testing…
Last Moments of a Murderer
Informing Posterity - What are your Covid-19 Memories?
A Cornucopia of Autumn Artifacts