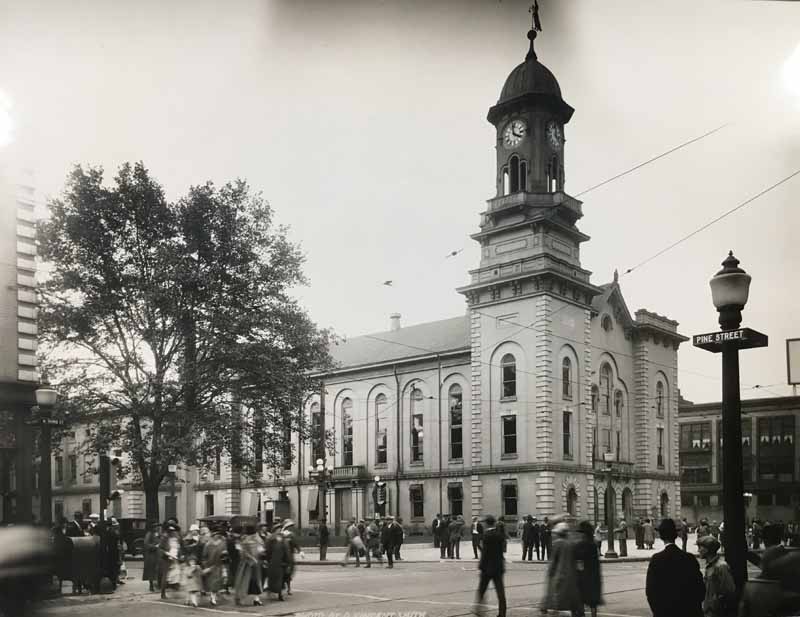 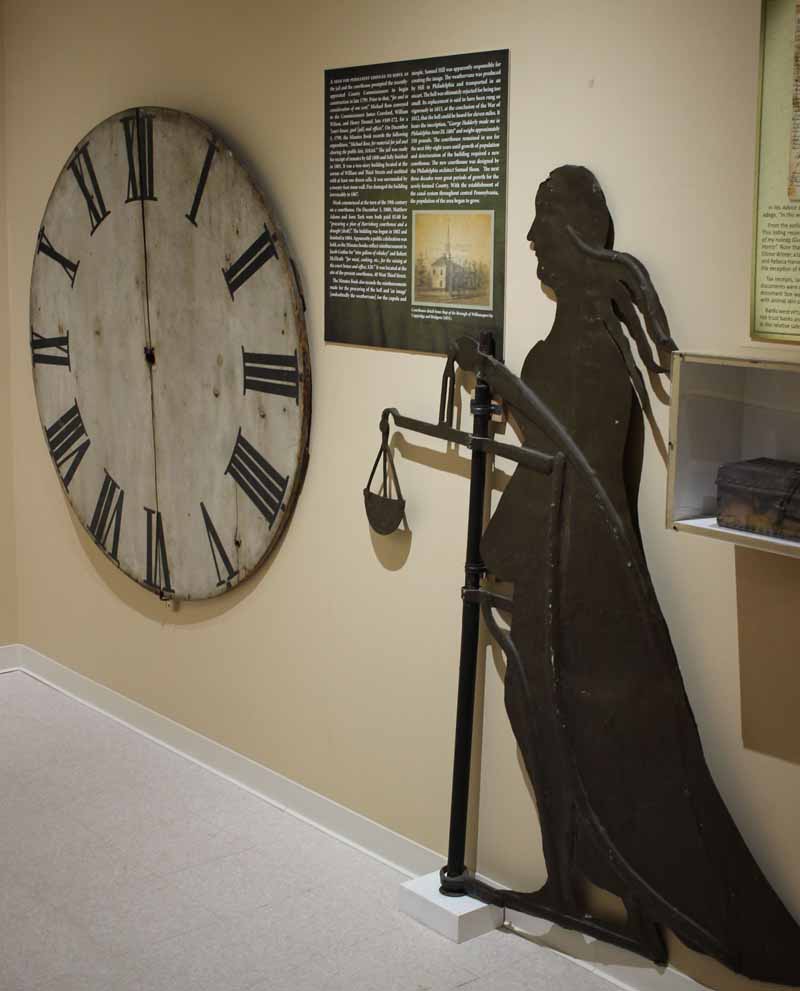 When Lycoming County was first formed out of Northumberland in 1795, Williamsport founder Michael Ross donated land for a courthouse. But until it could be built, county offices had no permanent home, migrating from building to building until a proper courthouse was completed in 1804. By the early 1860s, the lumber boom and resulting development of the county meant that larger quarters were needed, and the Philadelphia architect Samuel Sloan designed a new building in a very classic, 19th century “government” style. But time marches on, and the continued growth of Lycoming County led to the Sloan courthouse, beautiful as it was, coming down a hundred years later to make way for an even larger building – the county’s current home. 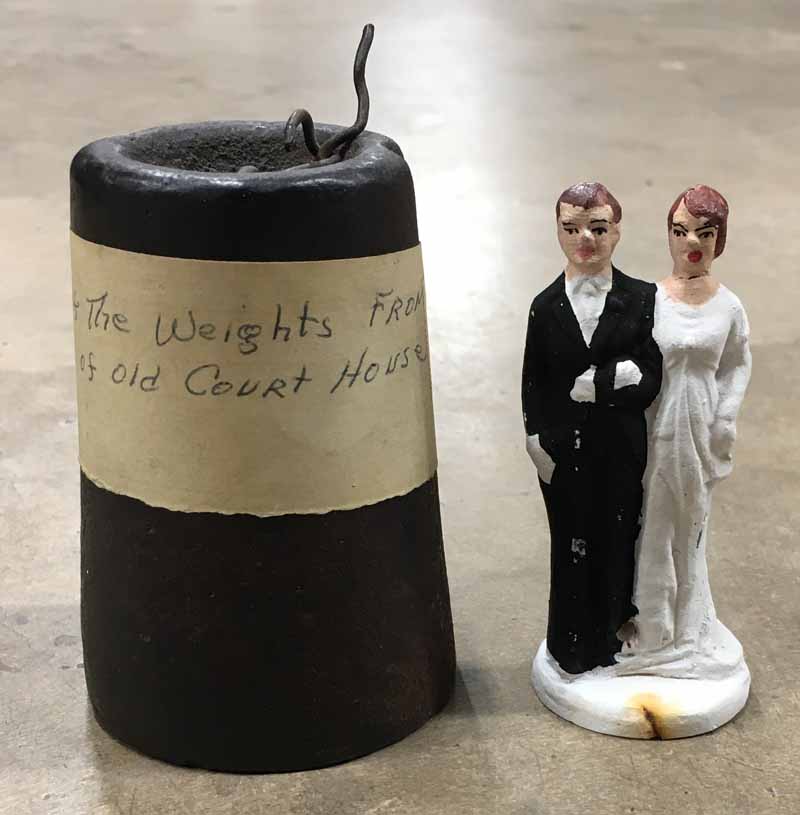 This large clock dial and “Lady Justice” are some of the few remnants of the Sloan Courthouse. Lady Justice did double duty as a weather vane, perched on top of the building’s tower. The clock dial was actually one of four – one for each side of the tower. The clock inside was a weight-driven mechanical clock, and given the size of the dial, one might expect the weights to have been huge. But, if the note on this weight in our collection is to be believed, they were smaller than the weights in the tall case clocks in our art gallery! As you can see from this photo, the weight is just barely larger than this wedding cake topper, not quite 4” tall.

And what’s the story behind the cake topper? Stay tuned!

Hitting the Silk and Cutting the Cake