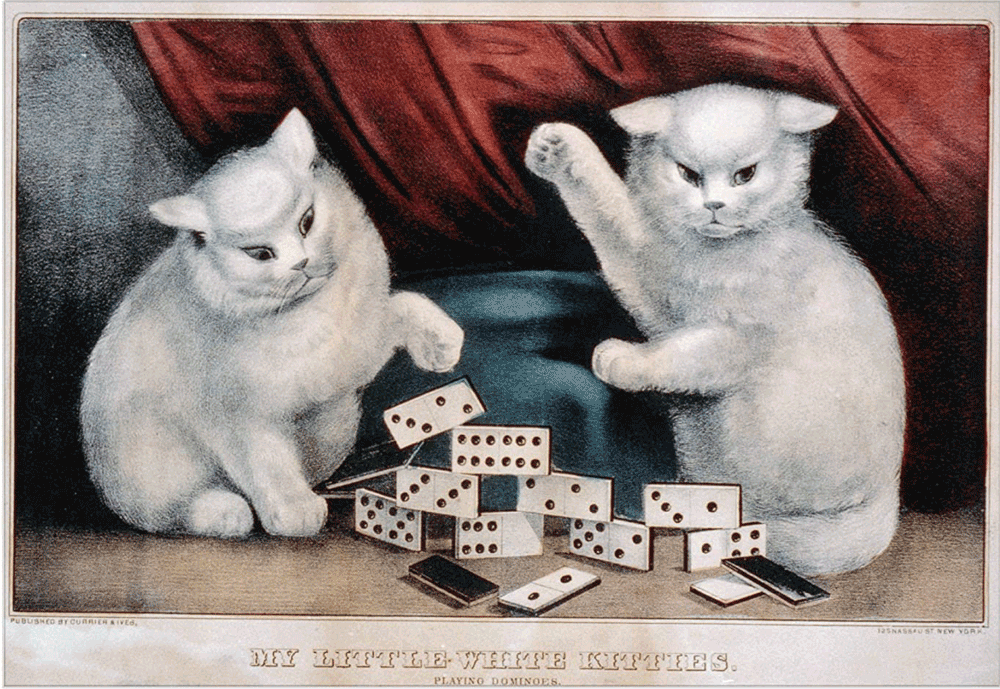 So far, during the COVID-19 shutdown, the staff and volunteers at the Taber Museum have been doing most of the work to keep you entertained. But, now, it is your turn!

Attached is a Currier & Ives print from our collection. It was part of the John Sloan Art Collection given to us by his widow Helen Farr Sloan. He became a very prominent artist during the early 1900s, depicting the life of average people in New York City. The work of Sloan and seven other artists became known as the work of the ‘Ashcan School’.

We thought it would be fun to mimic the efforts of the J. Paul Getty Museum. They have been posting portraits and asking people to ‘duplicate’ the portraits by dressing up with the addition of costumes, props, etc... We would like you to duplicate as close as possible ‘My Little White Kitties’ (they look pretty mean spirited, don’t they?) by posing your pets, your children, your relatives, or ??? in a picture resembling ‘My Little White Kitties’ (and don’t forget the dominoes!), post it on Facebook, and you may even award win a prize! Think outside the box – be creative!!!

Take a Seat and Enjoy the Show

Clarence C. Hart & Penmanship
The Literal Fabric of History
Going Postal ...With a Chair?
Plumbing the Depths of the Museum