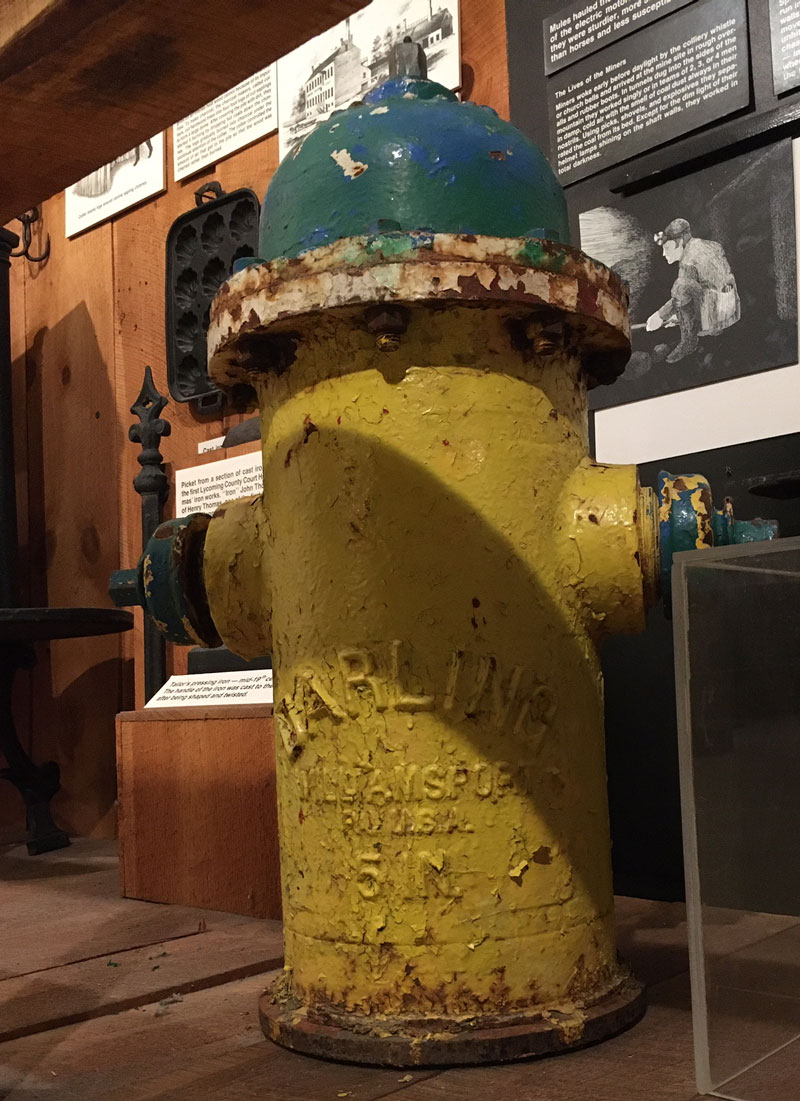 The Darling Pump and Manufacturing Company, Inc., was opened in Williamsport in 1888 in response to the successful extraction of oil from Pennsylvania land.

Founded by Jonathan Louis Hough II and Ralph H. Thorne, the Company initially produced deep oil well pumps and supplies. Members of the Darling family, related to Ralph Thorne, were early investors. By the early 20th Century, the business was prospering due to the development of a gate valve for use in the oilfield and in the waterworks fields. Fire hydrants were produced and some are still in active use throughout the County. In 1956, Darling began producing for the nuclear power field. Through a series of sales and mergers, the company was ultimately absorbed by Flowserve of Irving, Texas. This recent gift was given to the Historical Society by the Williamsport Municipal Water Authority. It is on display in our Hall of Industry.

While enjoying your next walk around the block, take a look at your neighborhood fire hydrant... are they marked “Darling/Williamsport/ PA.U.S.A.”? Let us know where you spotted one...

To Remember
All Visitors Will Be Welcomed to the Taber Museum…Except One!
Slice, Dice, and Rolling Pins Full of Spice
Who’s That Girl?