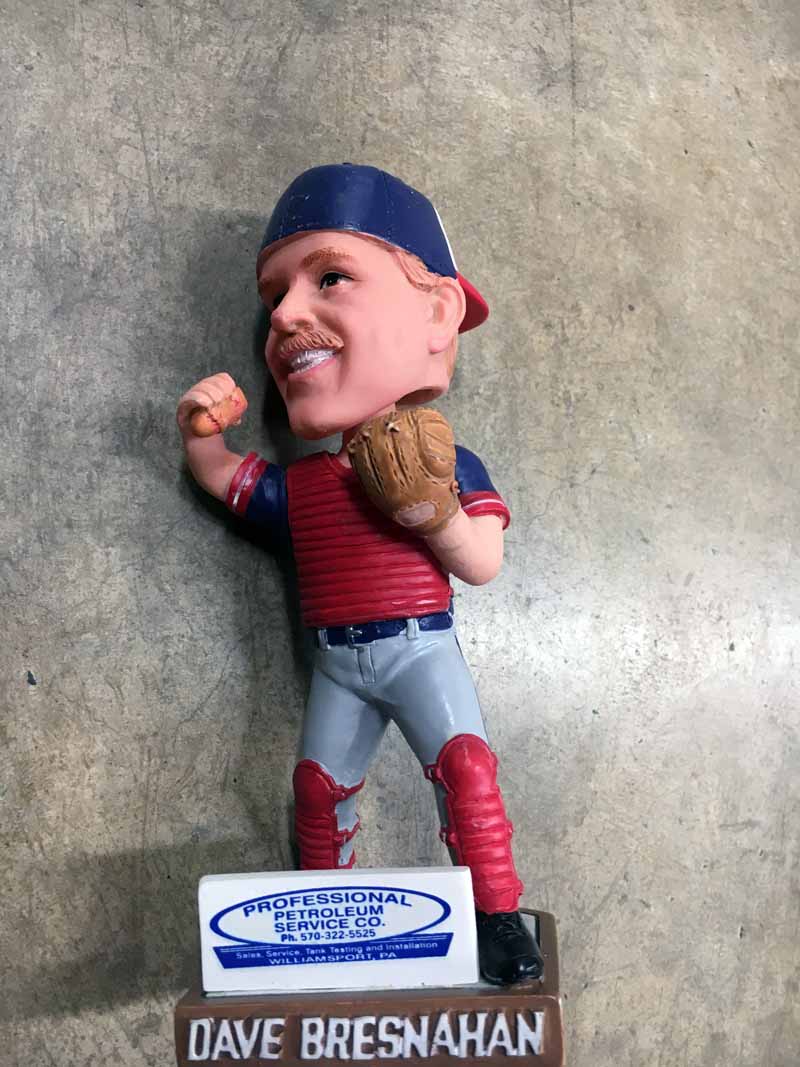 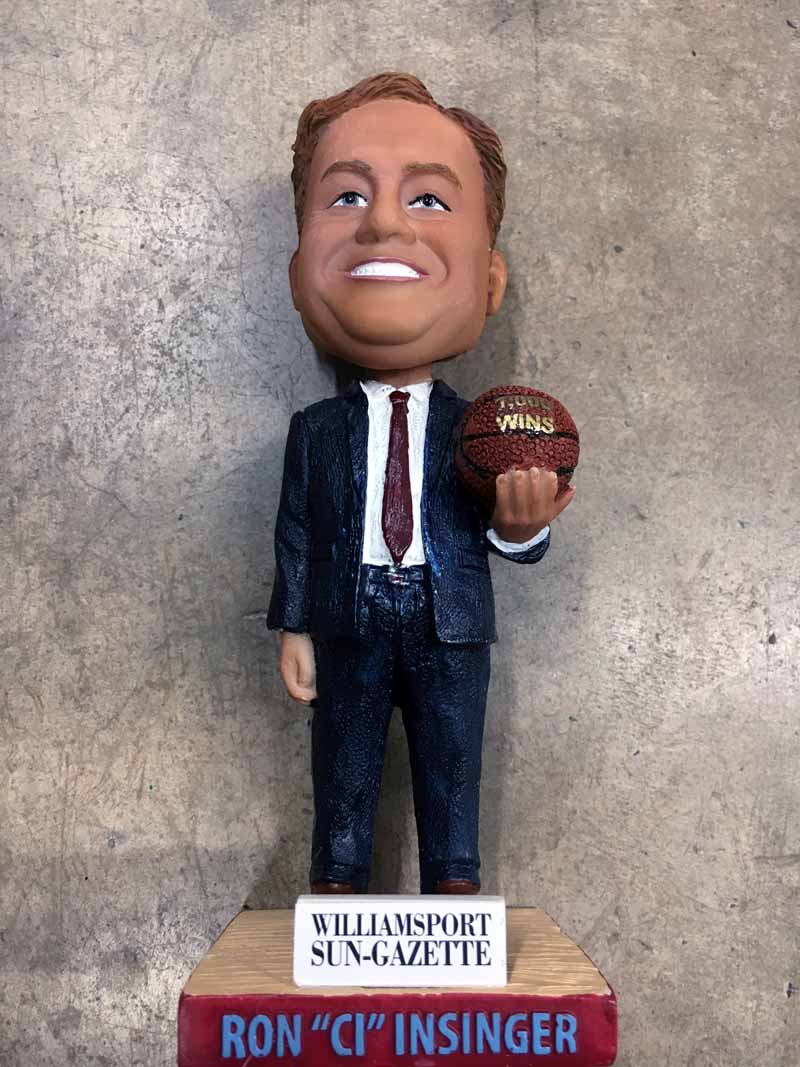 Bobblehead figures go back hundreds of years, but the pop culture wave of the 1950s and beyond brought increased popularity, with baseball leading the way. Every major league team and many minor league and international teams had figures of their stars.

Dave Bresnahan played as catcher for the minor league Williamsport Bills. During a 1987 game, Bresnahan employed a somewhat unorthodox technique. He hid a potato (peeled so its color resembled a baseball) in a second catcher’s mitt. With an opposing player on third, Bresnahan switched to the other mitt and, during the next pitch, he threw the potato toward third base. The trick worked: the player ran for home and Bresnahan tagged him with the actual baseball. The umpire, not so easily fooled, ruled the player safe. Though banned from the league, Bresnahan achieved acclaim for his inventiveness and his number was retired in 1998. For the 20th anniversary of the incident, the Williamsport Crosscutters gave away these signed bobbleheads, complete with potato, at Bowman Field.

The second figure is Tom O’Malley. Raised in Montoursville, O’Malley played for several major league teams, though this figure commemorates his time with the Hanshin Tigers in Japan. As third baseman from 1991 to 1994, O’Malley helped the Tigers to second place in the Central League in Japan. He later served the team as a batting coach and scout. This bobblehead, given away by the Crosscutters in 2013, is also signed.

Bobbleheads were not limited to baseball, of course. The third figure represents Loyalsock High School boys basketball coach Ron Insinger. Over 45 years, he led the Lancers to over 1,000 victories, including dozens of district and league titles. This figure was given out in 2019 to honor his coaching legacy.