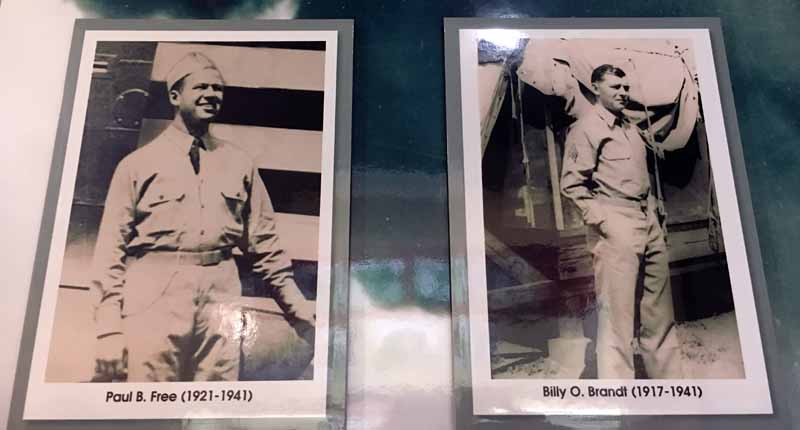 While many of the typical Memorial Day gatherings will be altered this year, nothing will stop the remembrance of those who gave all in service of their country. Those like Paul B. Free and Billy O. Brandt, two Lycoming Countians serving at Pearl Harbor, who lost their lives in the December 7, 1941 attack that brought the United States into World War II. Part of our Military Gallery is dedicated to their story, displaying their photos, Purple Heart medals, and correspondence from President Roosevelt to their families. 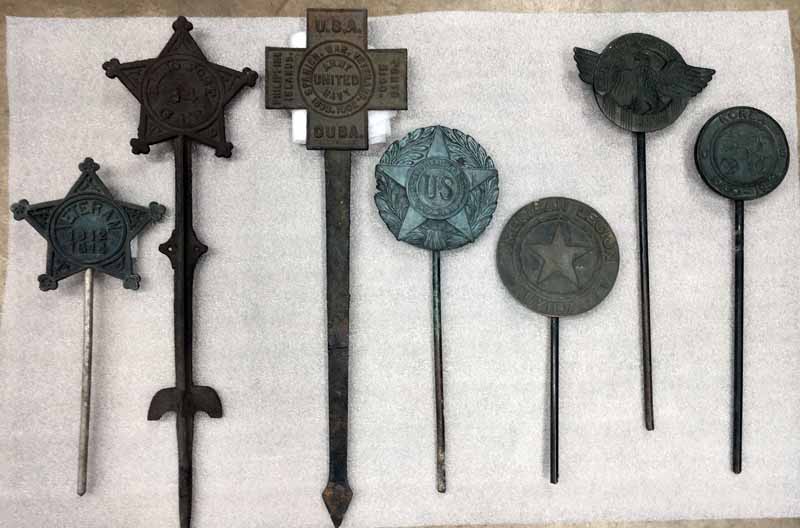 Veterans’ graves are decorated with flags at this time, and many graves have metal markers to further highlight their service. In the 1970s, we received a set of seven of these grave makers from Francis Maneval. While they are not associated with any specific veterans, they do represent many of the conflicts the United States was involved in up to that point. From left to right, they are: the War of 1812, the Civil War (represented by the Reno Post of the Grand Army of the Republic), the Spanish-American War, World War I, the American Legion Auxiliary, World War II, and the Korean War.

Finally, we highlight photographs of local Memorial Day celebrations of years past: parades from 1948, 1949 and 1956, and 1956 services at Wildwood Cemetery, conducted by members of the Howard W. Kahler VFW Post 844.