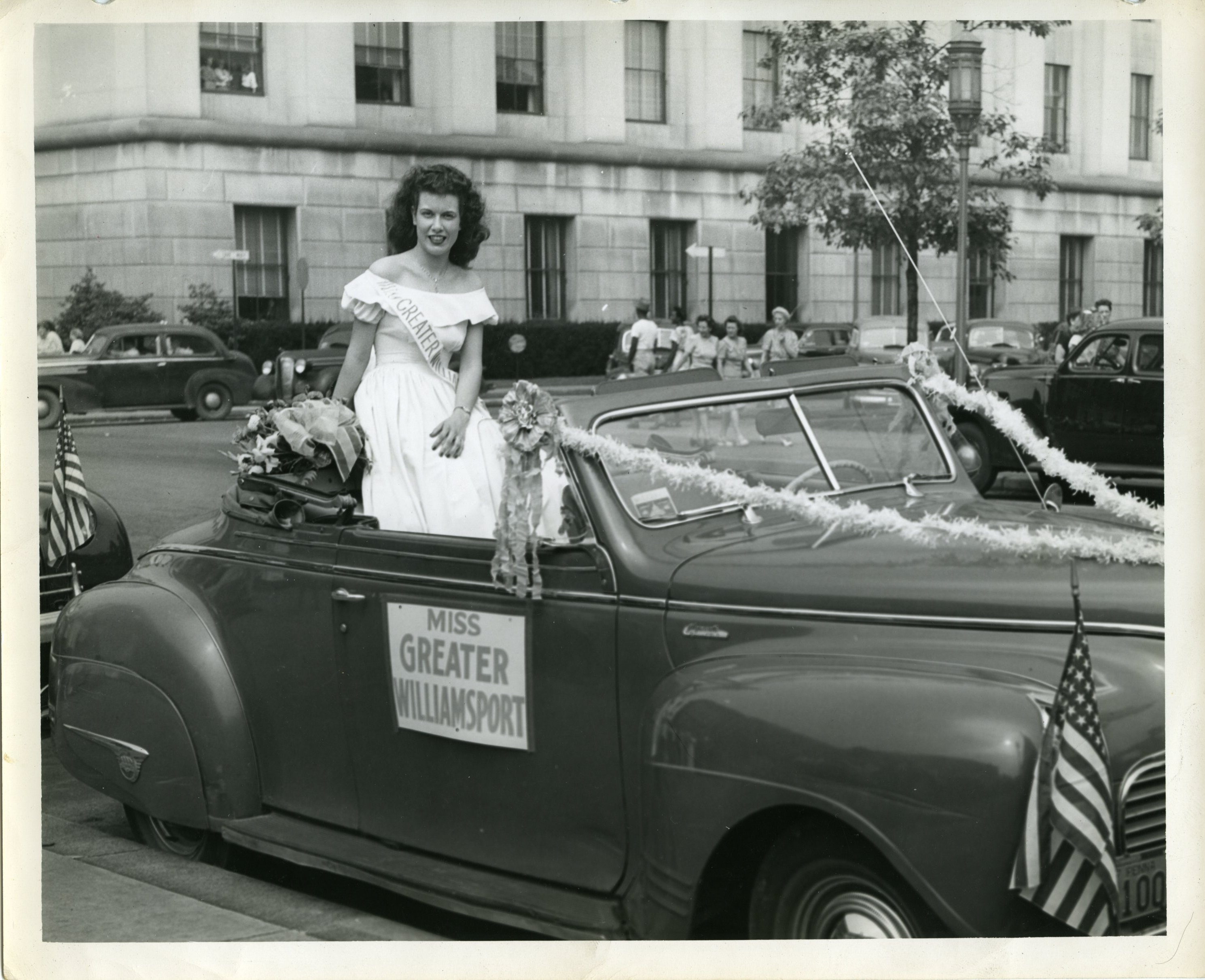 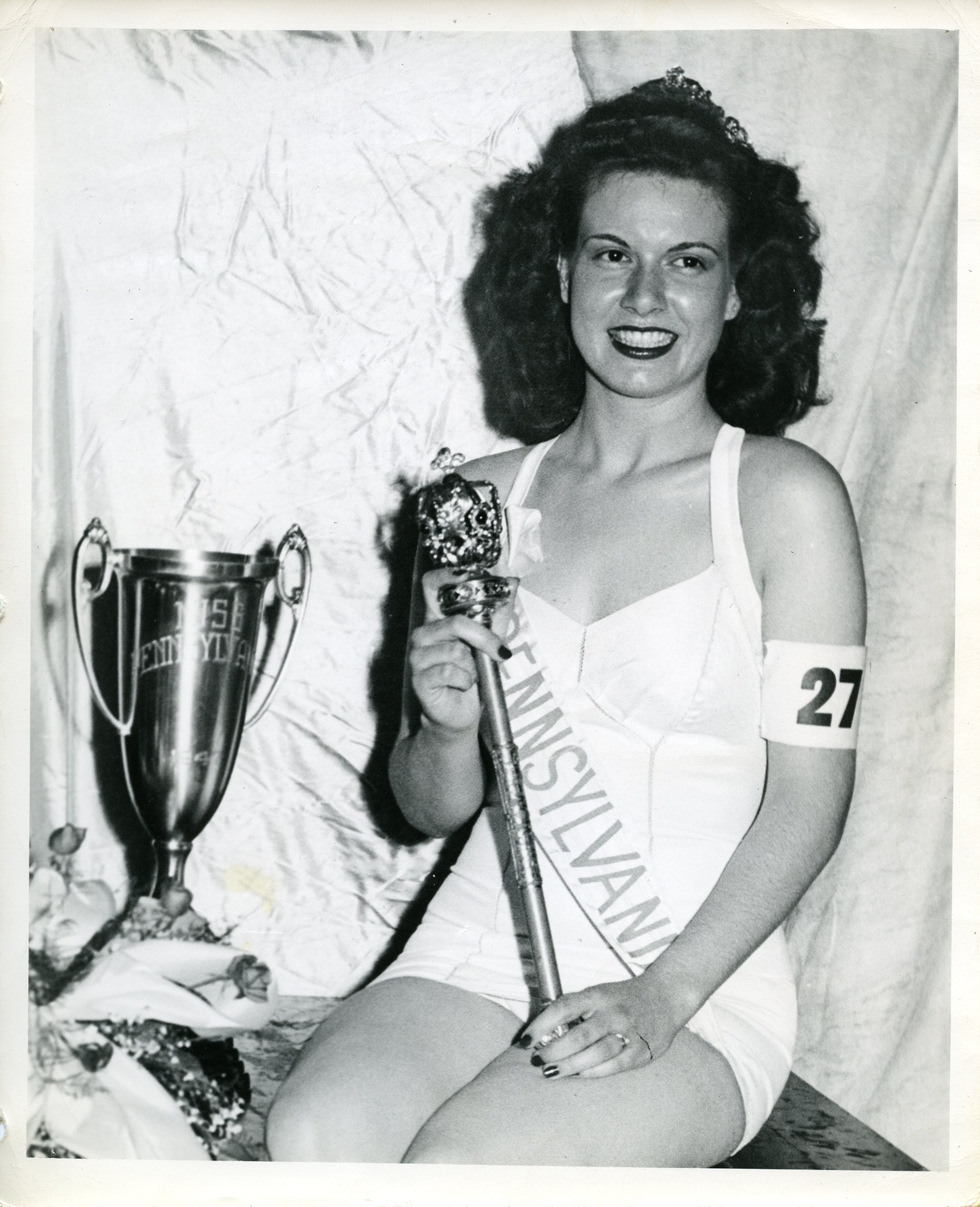 In 1947, at the Karlton Theater on Pine Street, Williamsport, approximately 20 young women competed in the Miss Greater Williamsport pageant. The winner was Dorothy Gresh, who graduated from Williamsport High School that very year. She went on to the Miss Pennsylvania pageant in Hershey – and won that, too! Then it was off to Atlantic City for the Miss America pageant (although Dorothy was not the only Pennsylvania representative there –Philadelphia and Pittsburgh sent separate contestants). Sadly, she did not take that crown (the lucky winner was Miss Memphis, Barbara Jo Walker). Dorothy went on to manage restaurants, and also spent time as a stage actress and model in New York City. She passed away on December 8th, 2000.

Her cousin, Paul Francis, donated her trophy to the Museum, and also lent us a scrapbook of photos for us to scan. Shown here are just a few of the shots from that scrapbook, including: Dorothy as a young girl; singing in the Miss Greater Williamsport pageant; posing as the winner with Mayor Leo Williamson (a Miss Lycoming County was also crowned); riding in a parade before the Miss Pennsylvania pageant; standing (second from the left) with the other PA competitors; being crowned Miss Pennsylvania; posing with her trophy and scepter; riding in an unusual “butterfly” float in the Miss America parade; performing her talent at the Miss America pageant; and some of her modeling shots.