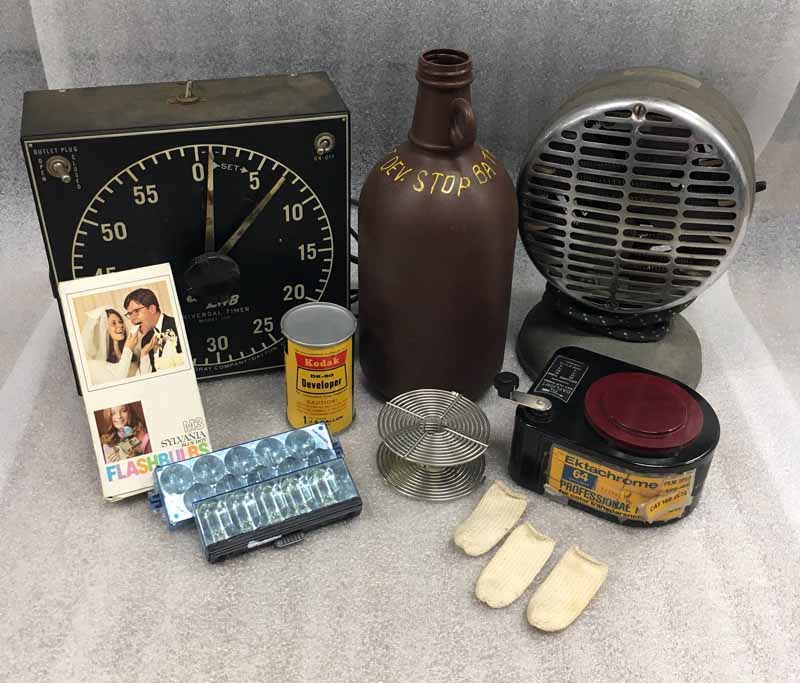 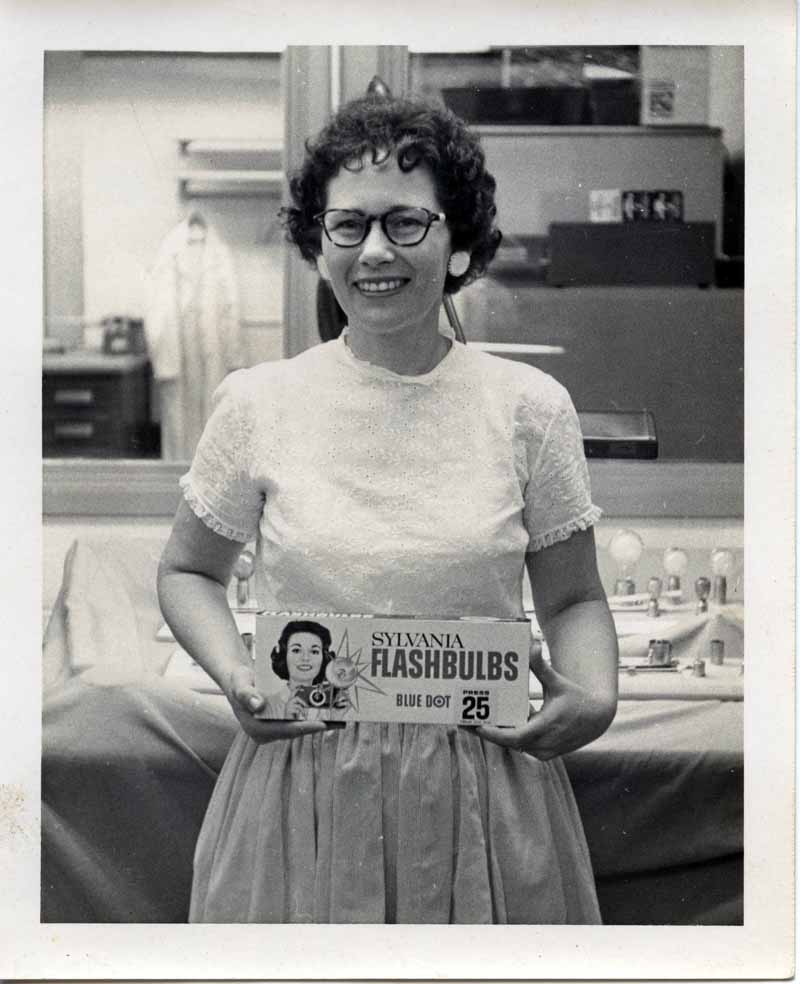 Sylvania Products began in 1924, making radio tubes in the Emporium, PA area. By 1942, they had gotten into the photography flash business, and opened a plant in Montoursville for developing, testing, and manufacturing flashbulbs, and later flashcubes, used all over the world.

One of the workers in that plant was Florence Carson. She worked with the team developing the flashcube and “Magicube”, processing the film used when testing the flashes. After the Montoursville plant closed in 1989, Florence was able to get much of her equipment. When she passed away in 2014, it came into the possession of her family. Through her son, Gary Carson, the Carson Family Trust donated several pieces of Florence’s equipment to the Museum in 2018. Pictured here are a few of those items, including a timer, a fan used for drying film, containers for holding developing chemicals, a film reel and winder, finger gloves to prevent smudging the film while handling, and several examples of Sylvania flashes. 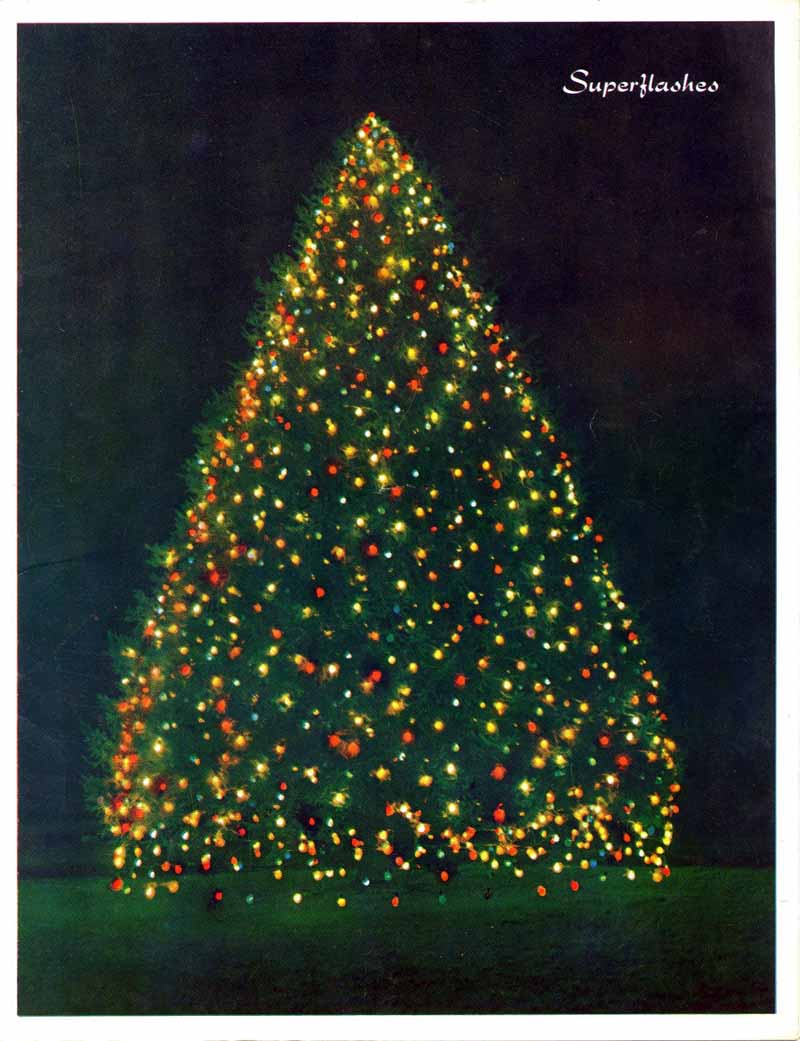 Mr. Carson also lent us, for scanning purposes, some photographs of his mother at work, other views of the Montoursville plant, and a couple of Sylvania magazines. The photo of Florence surrounded by flash bulbs appeared in the Christmas 1957 issue of Sylvania’s national magazine, Beam. The Montoursville plant had its own magazine, Superflashes; not surprisingly, they featured the large Christmas tree outside the plant on the cover of their own Christmas 1957 issue. Every holiday season starting in 1947, that tree was lit top to bottom with festive lights, a tradition that continues despite Sylvania no longer occupying the building.