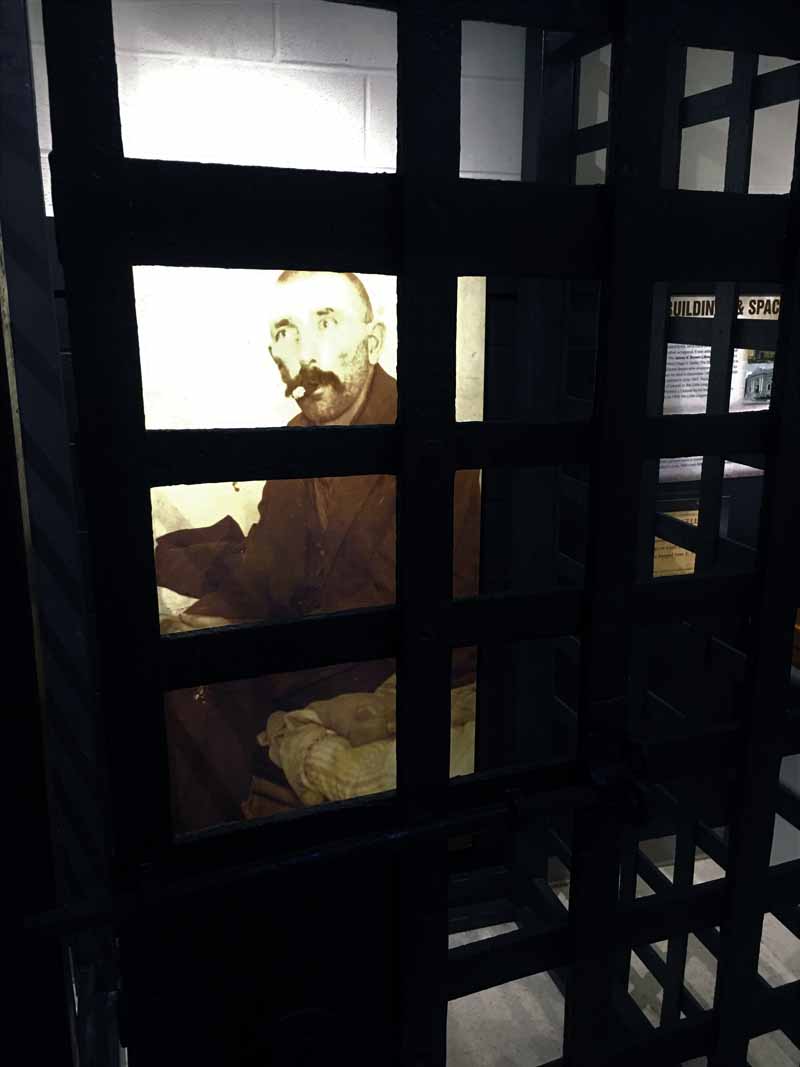 Behind the cell door in our 20th Century Gallery sits William Hummel, one of the most notorious villains in Lycoming County history. Hummel worked as a rag peddler and lived in a remote home in the Black Hole Valley near Montgomery with his wife of a week, Sarah Delaney, and her three children, aged six, four, and one. On the night of November 16, 1899, Hummel murdered them with an ax, claiming that she had “taunted and tormented” him. Newspapers of the time cited “jealousy and avarice” as the motives. The bodies were soon discovered, and Hummel confessed to the crime. He was tried and sentenced to be executed by hanging on June 5, 1900. According to a Grit article a few days later, Hummel’s last hours in jail were spent joking with guards and reporters, sharing a cigar with his attorneys, and praying with ministers. 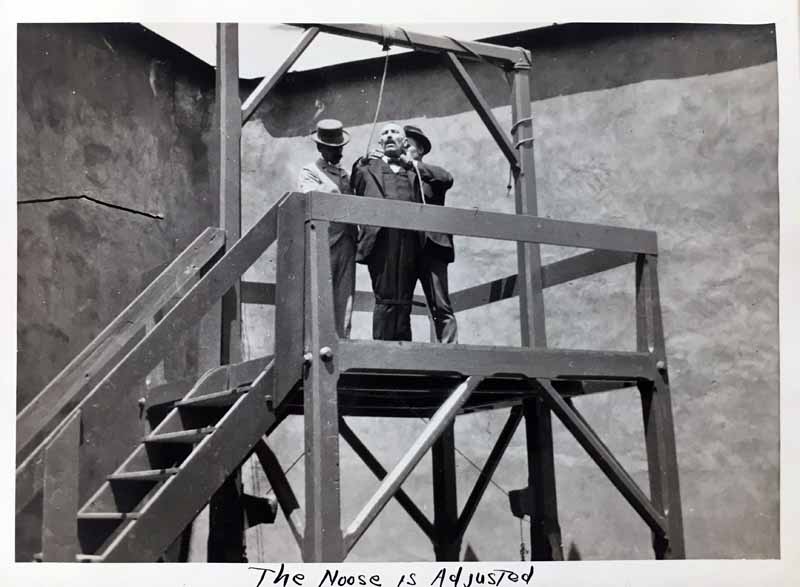 Hangings were a public spectacle at that time, with tickets being sold. The Historical Society has a series of photos showing the entire process, starting with Hummel in jail, then being led up the scaffold, and all the way to the grim end. The photos also show the crowds who turned out, both in the jail yard itself, and packing the roofs of neighboring buildings. The hanging took place at the county jail on West Third Street, now known as the Cell Block. Just 14 years after Hummel met his end, the scaffold and gallows were taken down and burned, the county having moved to electrocution as the preferred method of execution.