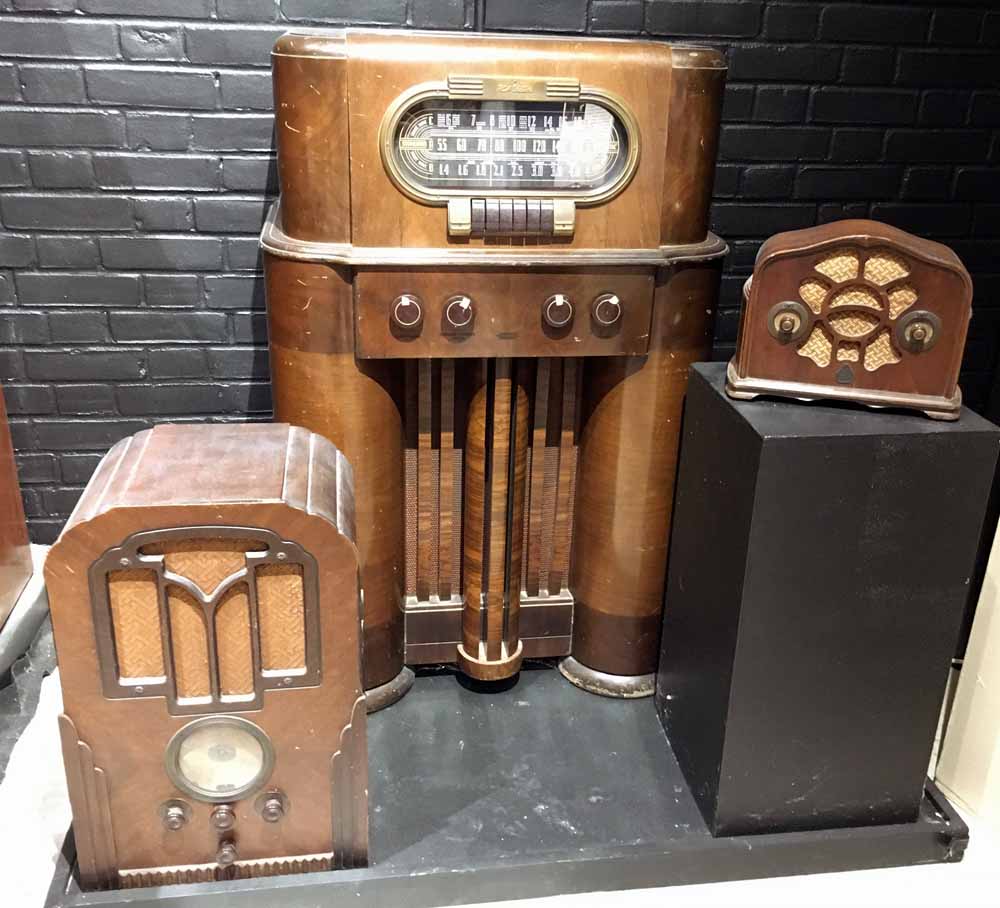 Radios like the ones pictured here occupied a treasured spot in many people’s homes. They served as the family entertainment center in the same way that the piano did before and the television after, and were also a vital source of up-to-the-minute news and information in times of war and disaster. The radio in the lower left belonged to Dr. Marshall Welch, a local orthodontist, Korean War veteran, and philanthropist. 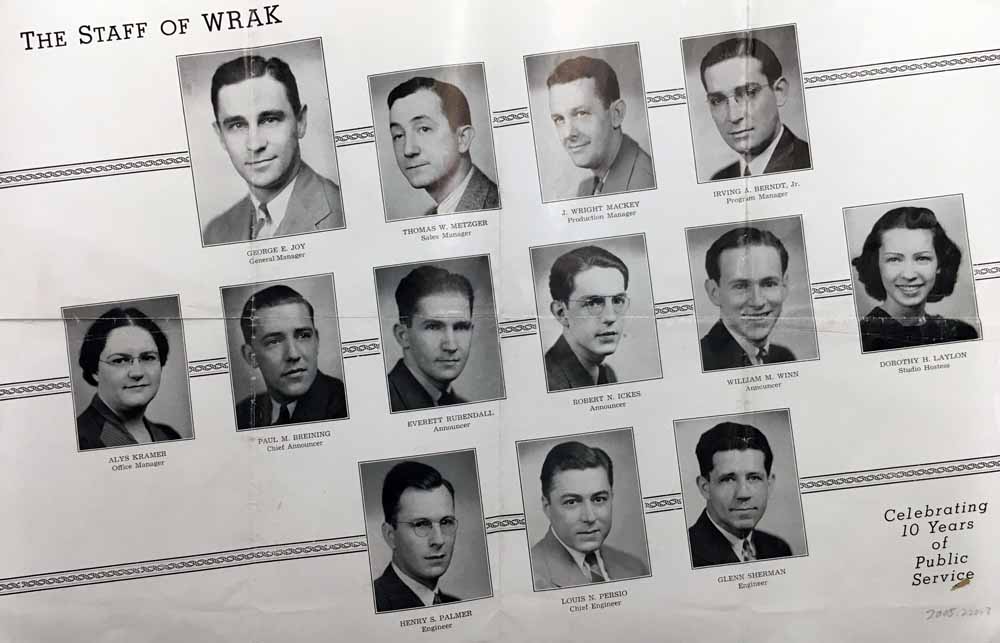 There have been many local radio stations through the years, but one of the most well-known is WRAK. Shown here are several items from our archives related to their history, including a 10th Anniversary booklet from 1940 showing their personnel. Third from the left in the middle row is announcer Everett Rubendall, who in later years was an essential part of the Historical Society. Also shown are photos of announcers and secretaries who worked tirelessly to keep the population informed during the 1936 Flood; a performance by musicians being broadcast via a WRAK microphone in the station’s first year; Junius E. “Doe” Brown, a WRAK janitor who often appeared on Ev Rubendall’s show; and the cast of Jim and Jane Claar’s popular western radio show.

The final photo shows some memorabilia from another local radio station, WWPA. Initially broadcasting in 1949 from 330 Government Place in downtown Williamsport, WWPA later became a sports station as part of the Backyard Broadcasting group headquartered on Four Mile Drive. The t-shirt commemorates their 35th anniversary in 1984, and the old-style radio microphone is, in fact, a radio itself!. 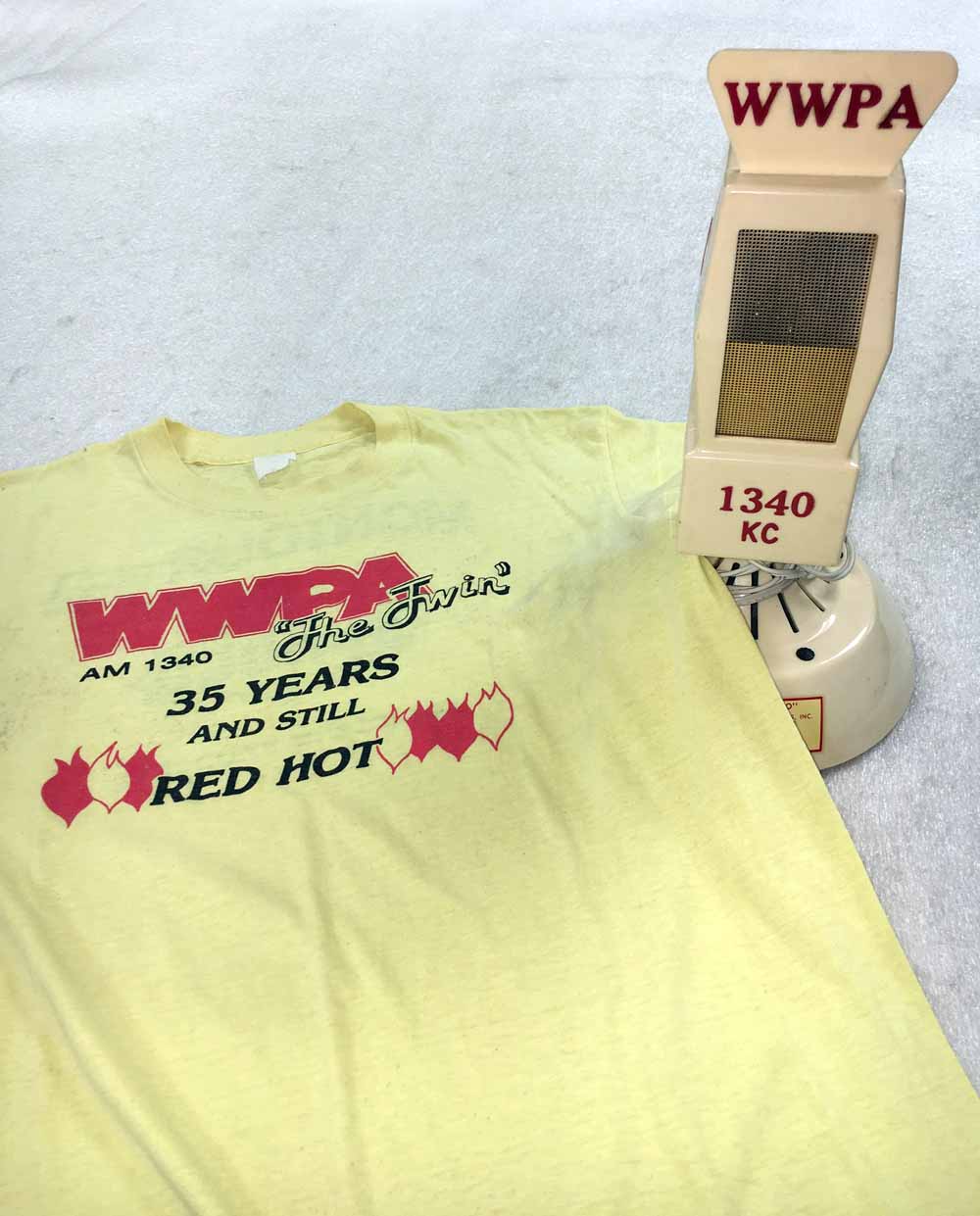 Plumbing the Depths of the Museum

A Little Off The Top