A Little Off The Top 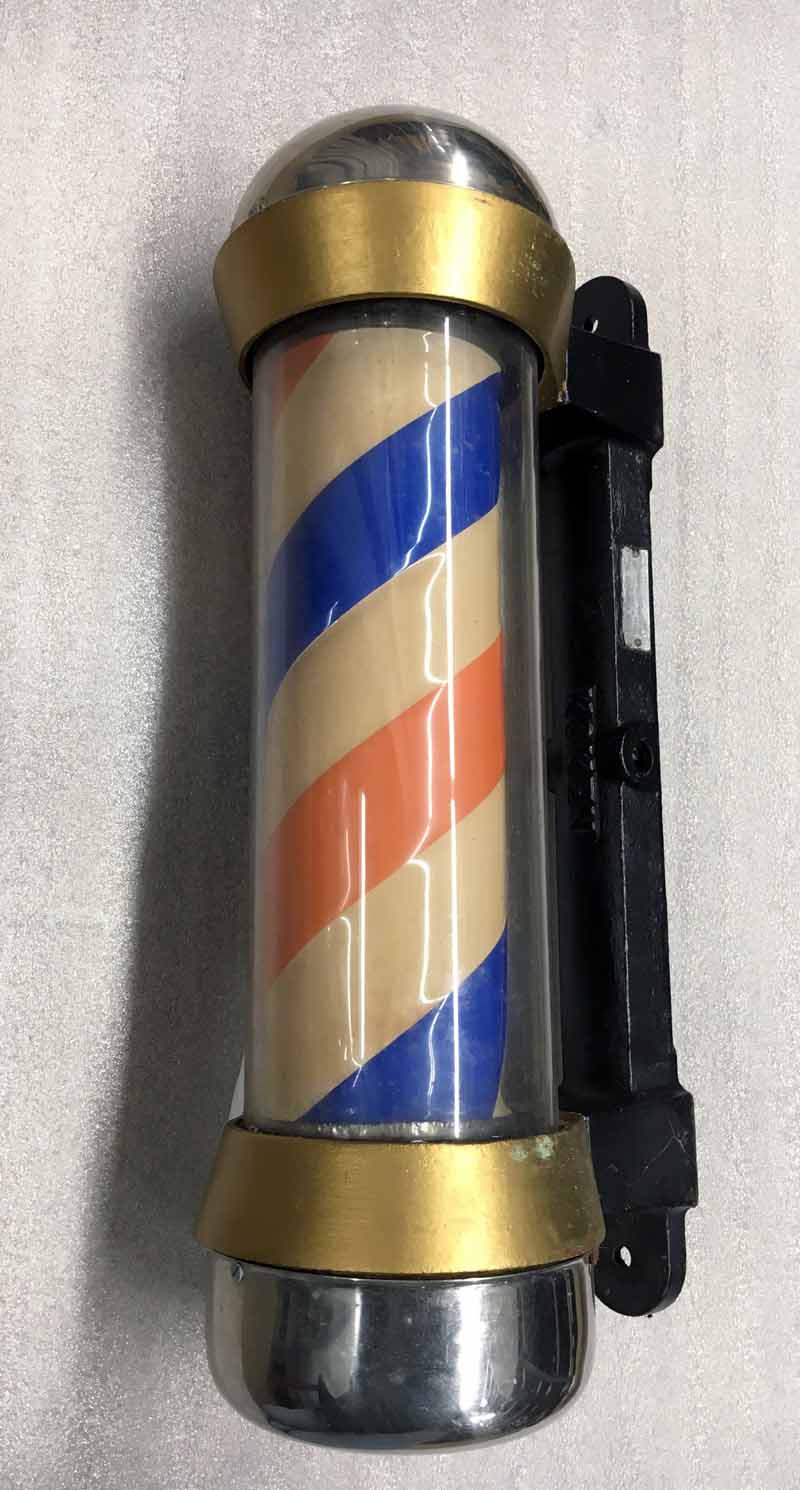 Haircuts are on many people’s minds these days, so here is a barber chair from our 20th Century Gallery. This was the chair of Williamsport barber Ron DeSanto, who began his career in the 1960s and continued for several decades, for many years working out of his home at 621 First Avenue. Also pictured are some of his tools, his registration certificate from the Pennsylvania State Board of Barber Examiners, and his business card. These are just a few of the items given to the Historical Society by Mr. DeSanto’s daughter, Kim McGee; she is also the great niece of Angelo Pennella, whose barber chair is also on display at the museum next to our 19th Century general store! Finally, we have the traditional barber pole, this one taken from the shop of LaVern L. Hostrander at 2102 Riverside Drive in South Williamsport and donated by his daughter (and one of our weekend front desk workers) Patty Bowman.

While many of the “one-man” barber shops were ultimately replaced by chain hair salons, one can still find privately run barbers and hairdressers scattered through downtowns and residential areas. We will need as many as we can get, once they are allowed to open for business again! 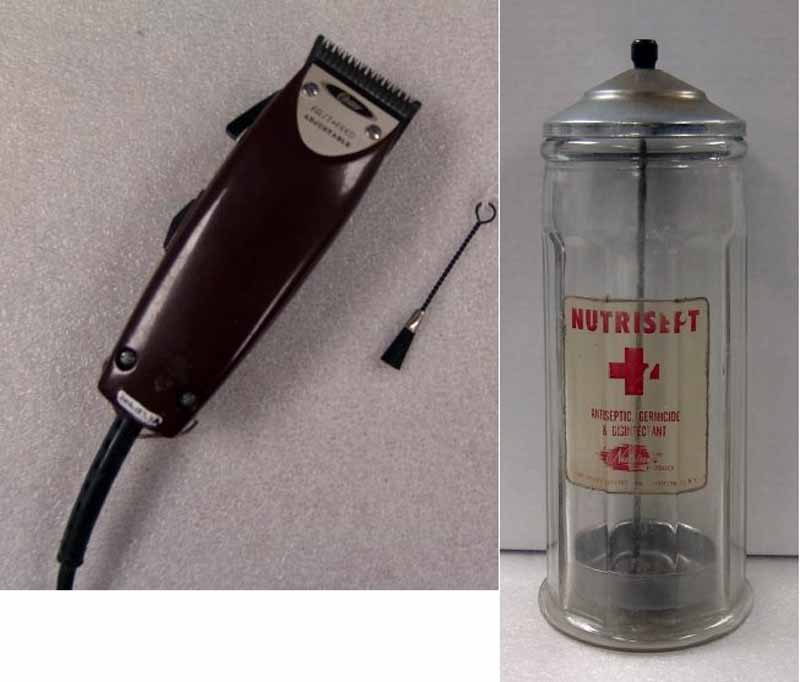 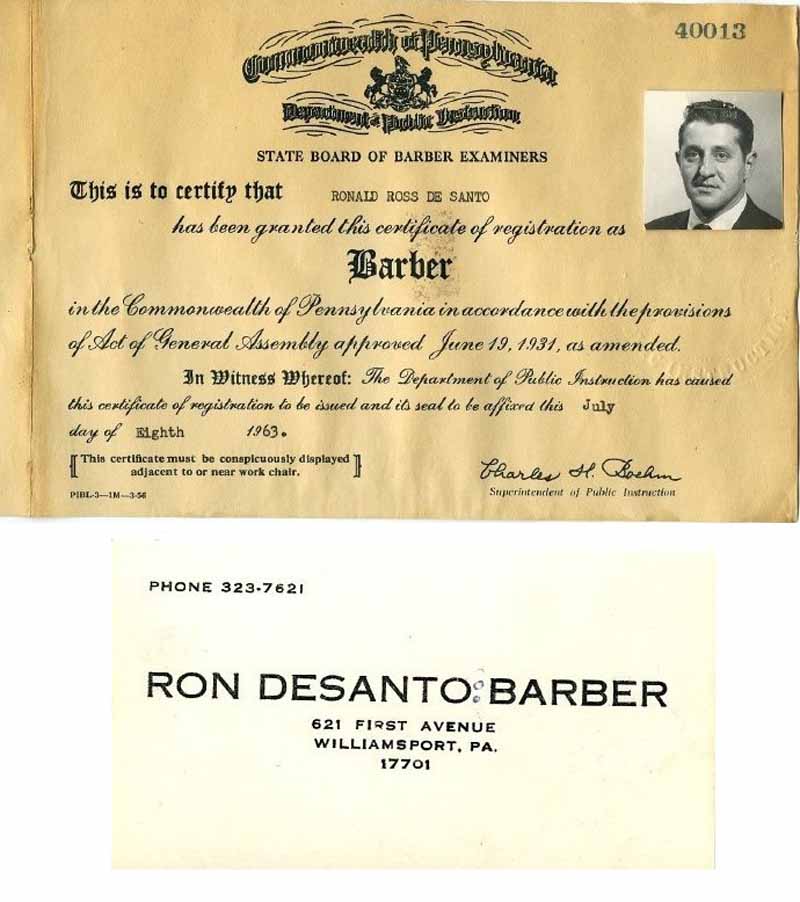