These small ceramic pieces have two things in common: they depict local landmarks constructed in the 1890s, and they were all made in Germany. Up through the early 20th century, it was quite common for German companies to produce souvenirs decorated with images of American buildings and monuments, and Williamsport was no exception.

Shown here are a matching teapot and creamer (donated nine years apart, by two different people) showing Williamsport’s former City Hall on Pine Street. The Soldiers and Sailors monument is visible to the left on each piece. Built in 1894 on the site of a cemetery (with most of the graves already moved to Washington Boulevard), this building served as City Hall until the late 1970s. Since then it has been the headquarters for various businesses and organizations, and currently holds a hotel. 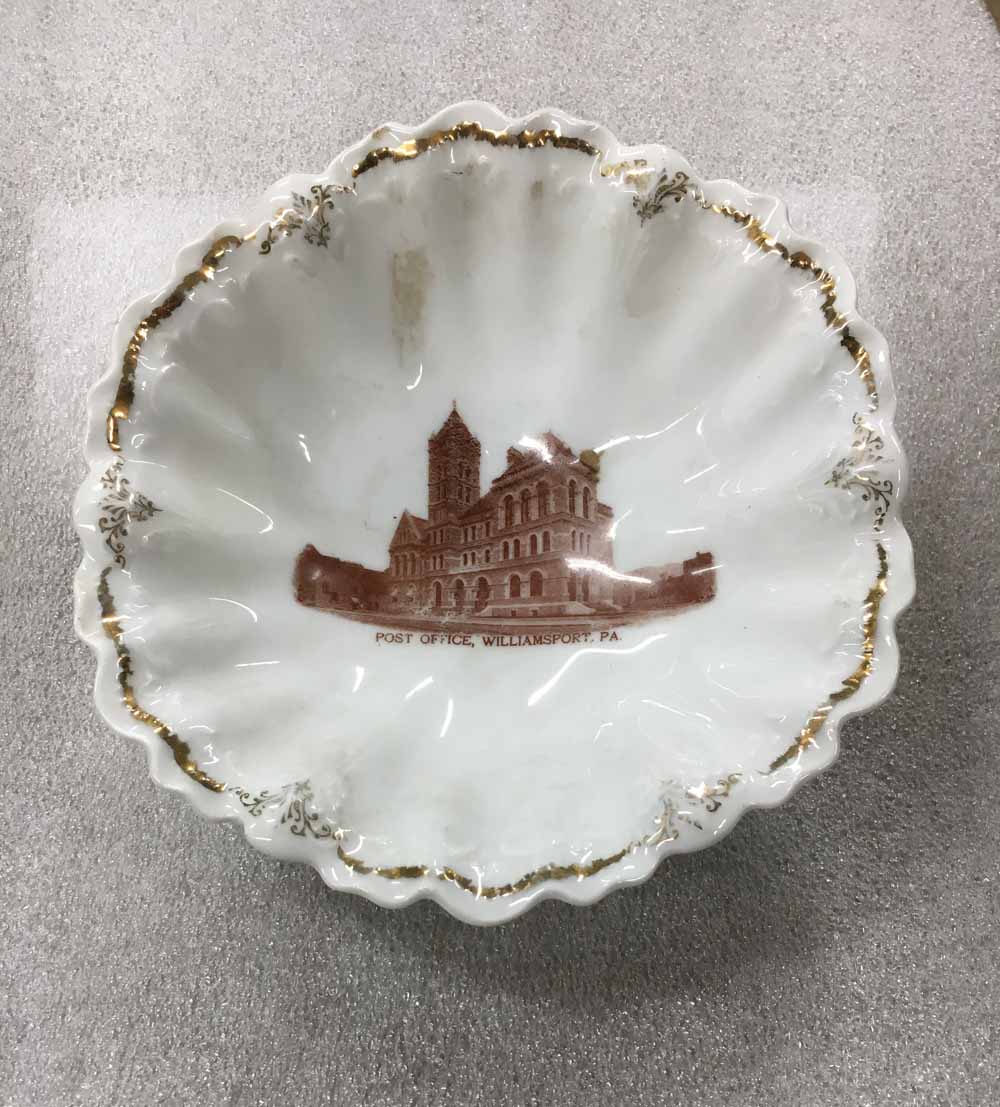 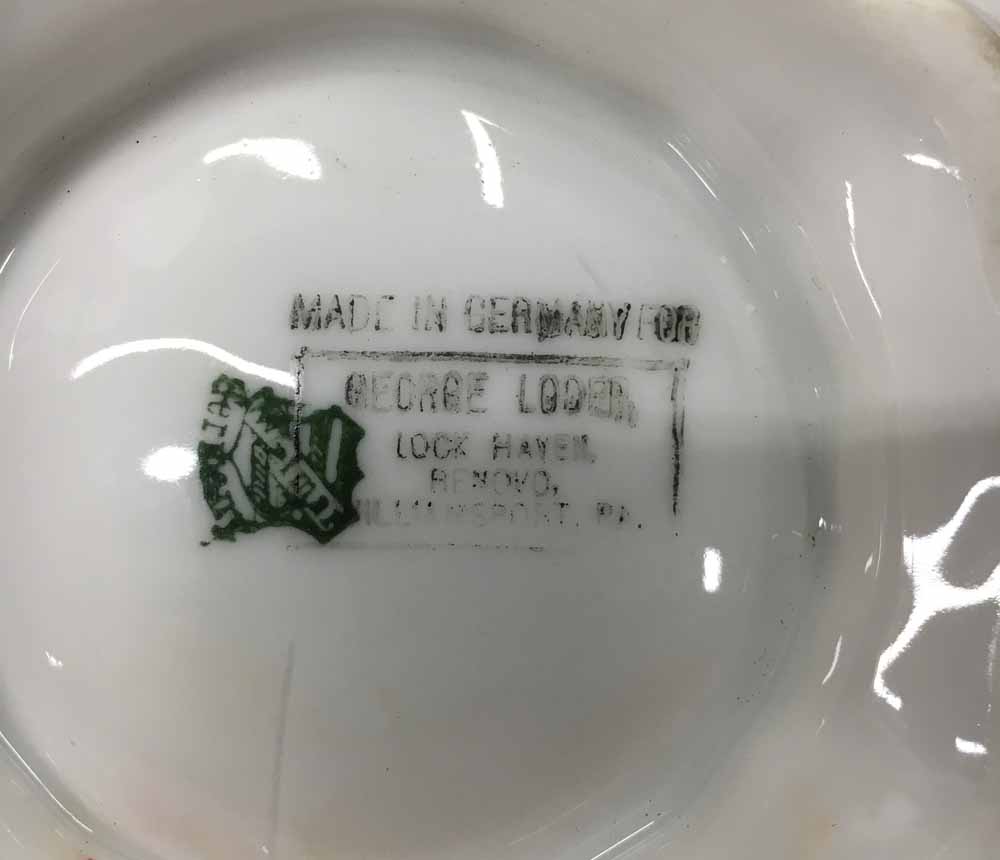 The scalloped bowl depicts the building which replaced the Pine Street edifice as City Hall and serves in that capacity today. At the time this bowl was created, it was the Post Office and Federal Building. Built in 1891 at West Fourth and Hepburn Streets, it stands opposite the Sun-Gazette building at the end of one of the most architecturally imposing blocks in the downtown area. Interestingly, the stamp on the bottom of the bowl indicates that it was made in Germany “for George Loder, Lock Haven, Renovo, Williamsport”. Loder was a chinaware and furnishings store whose Williamsport location was on Market Square. 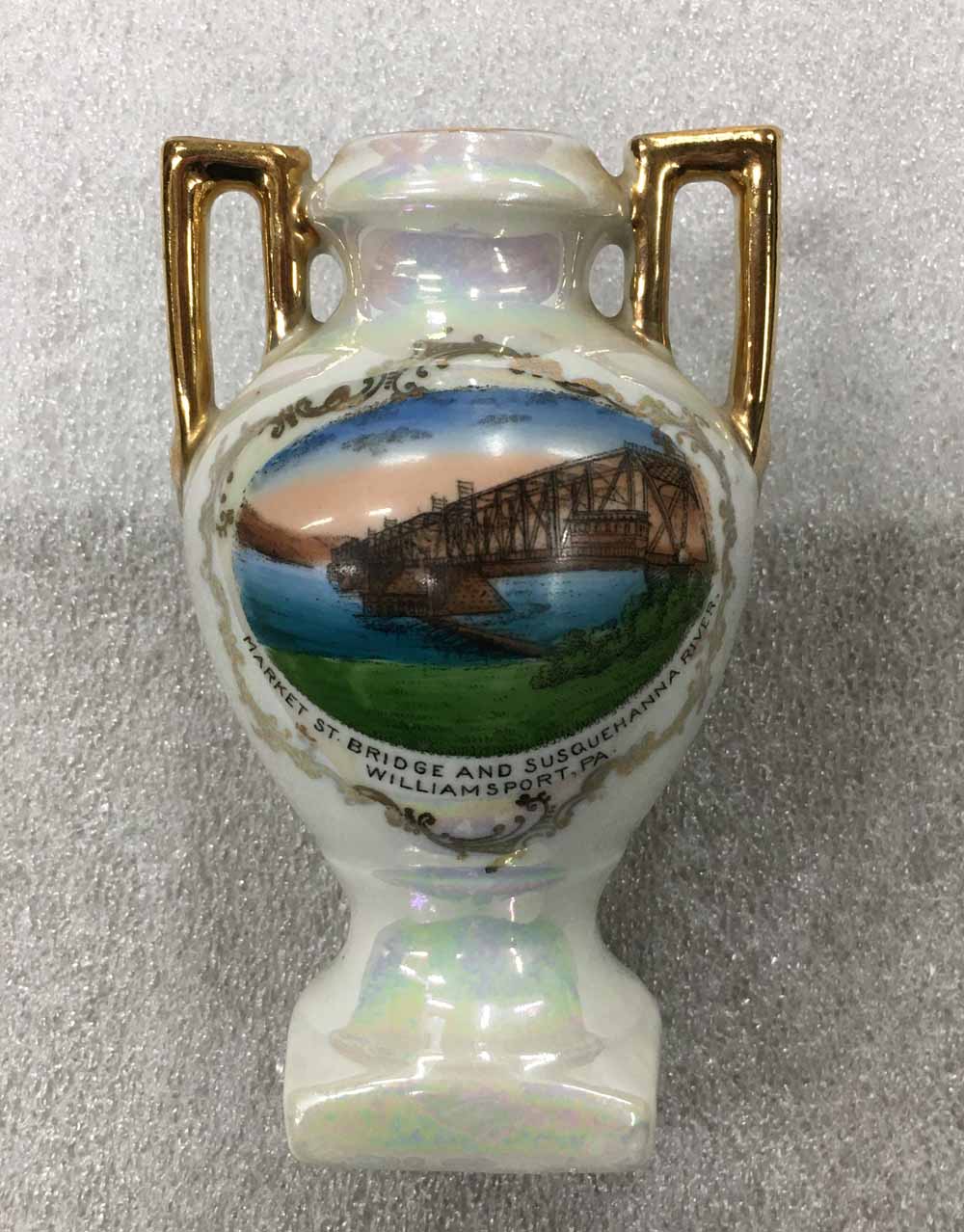 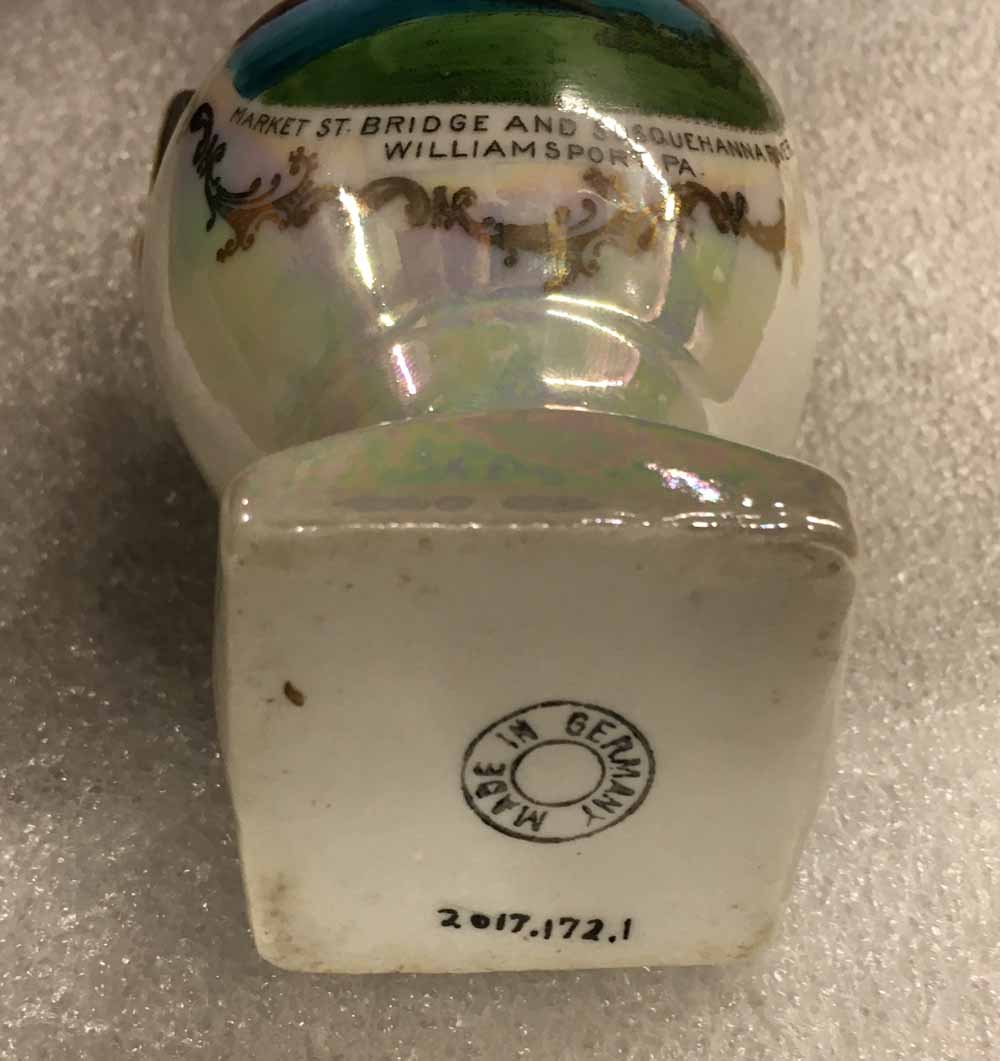 Finally, we have a small urn representing the Market Street Bridge and the Susquehanna River. While not the first bridge spanning the river at Market Street, this metal incarnation was one of the most durable, built in 1894 after flooding had taken its toll on its predecessor and not replaced until 1950-51. That bridge similarly lasted about 50 years, being replaced itself in 2007. Meanwhile, the river rolls on.