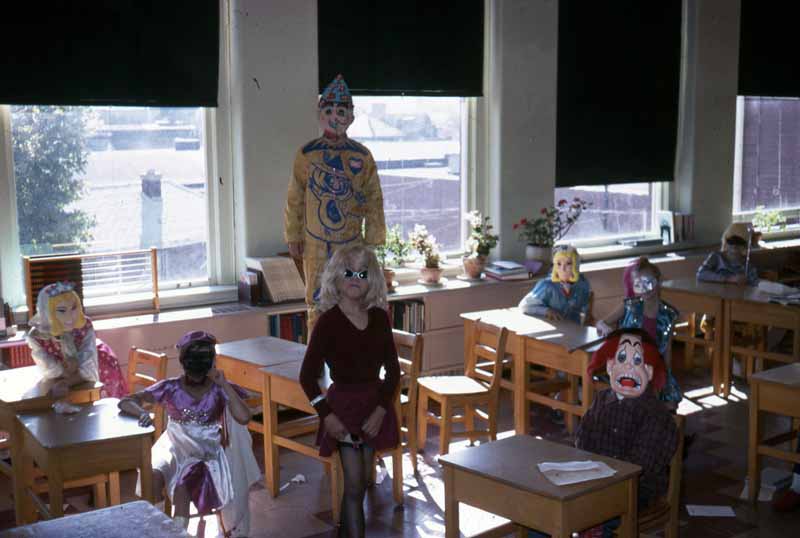 As we move into October, here are a few seasonally-appropriate items from our collection.

Halloween costumes have changed greatly over the years. Compare the costumes (some of which might be considered questionable today) from a 1910 Halloween party with those worn by Jefferson Elementary students in Richard Mathias’ 5th grade class in the late 1960s. 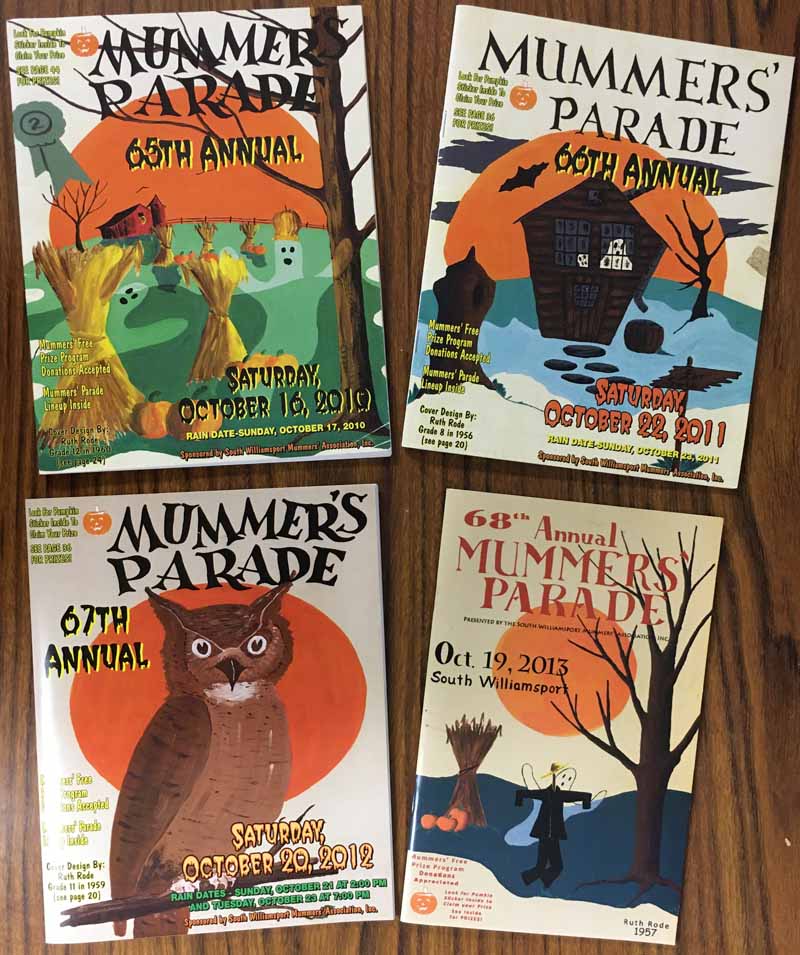 Halloween-themed postcards were popular in the early 20th century, often emphasizing the romantic aspect of the holiday’s traditions. 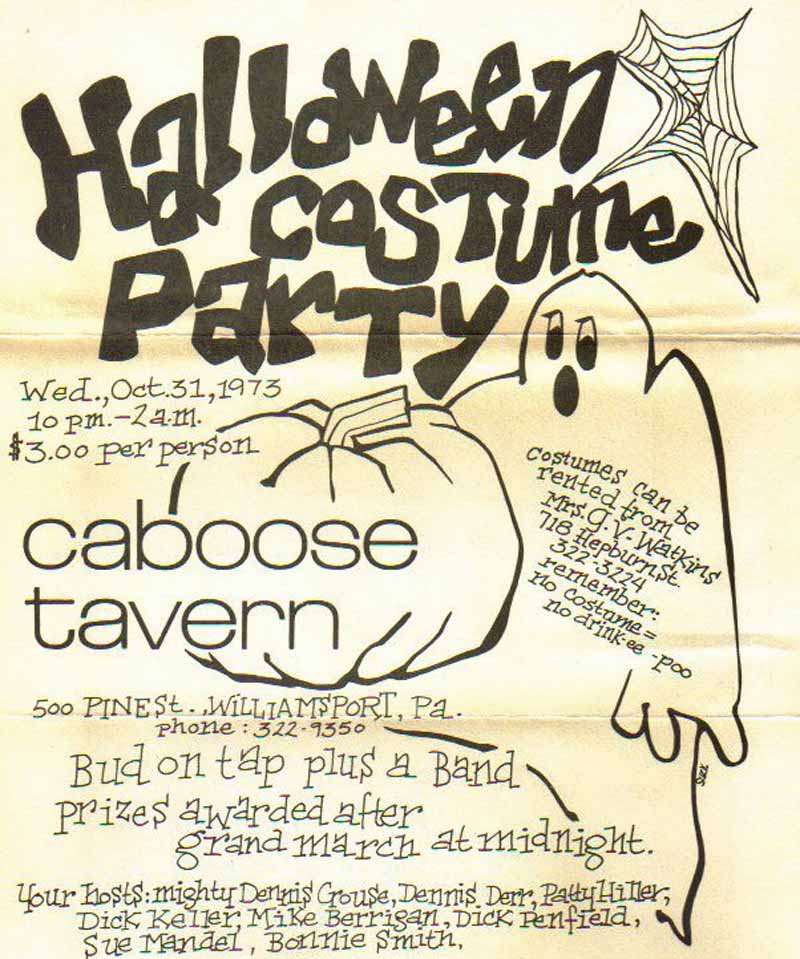 When wearing hats was more common, women held them in place with hat pins. These often had a jewel or some other object decorating the end. In the case of this pin, the object of choice was a skull – most likely meant as a “” or reminder of death rather than just a spooky decoration.

The Caboose Tavern, formerly off Pine Street in Williamsport, held a Halloween party in 1973. The “Mrs. G. V. Watkins” from whom costumes could be rented was Vera Watkins, owner of the Watkins Costume Shop and mother of our former Curator of Textiles, Jane Watkins Ingersoll. 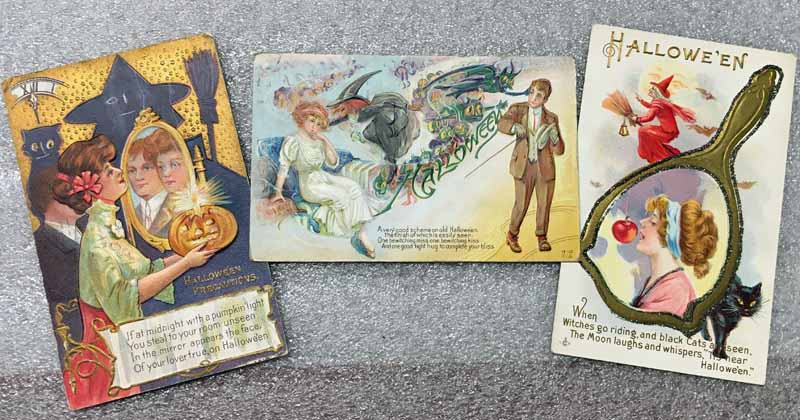 The South Williamsport Mummers’ Parade (having its slightly-delayed 75th Anniversary edition this year) used artwork by Ruth Rode for some of their programs in the 2010s. These were pieces done by Ruth for school art contests from 1956-1960. 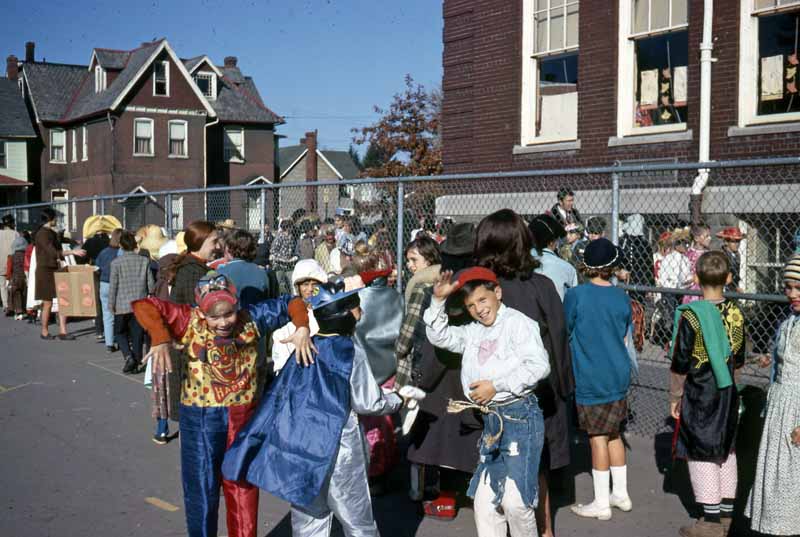 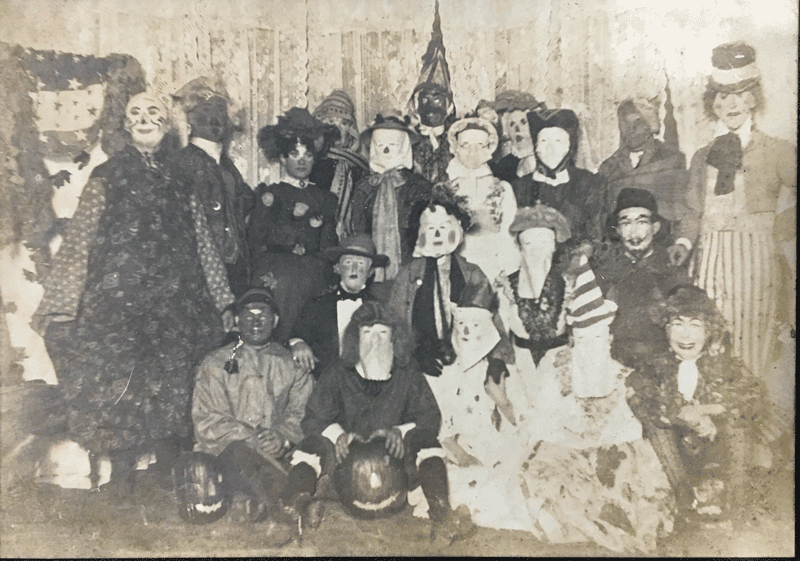 Feel free to search your own attics and basements for spooky artifacts from your family…but don’t go alone!

The Gifts that Keep on Being Given