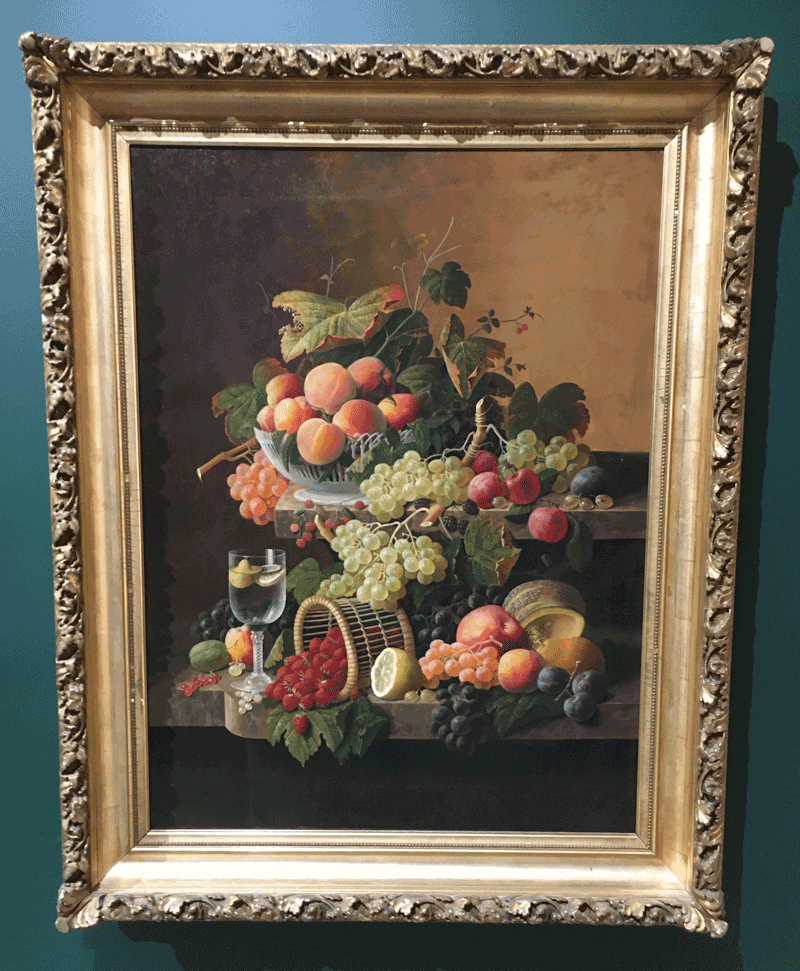 Severin Roesen only lived in Williamsport a short time, but it was long enough for the community to claim him as their own. Originally from Germany, Roesen lived and painted here in the 1860s, as the lumber industry was booming and Williamsport was transforming from borough to city. He literally made his living as an artist, often creating paintings in return for room and board with local families like the Flocks of brewing fame, and his work still hangs in homes in the area. Unfortunately, Roesen’s greatest fame arrived well after his death, due to a televised tour of the White House by First Lady Jacqueline Kennedy in 1962, which featured some of his work. Roesen’s specialty was still life oil paintings of fruit and flowers, as practically every identified work by him is some combination of those two subjects. We are very happy to have this example in our collection – though we are always open to having another… 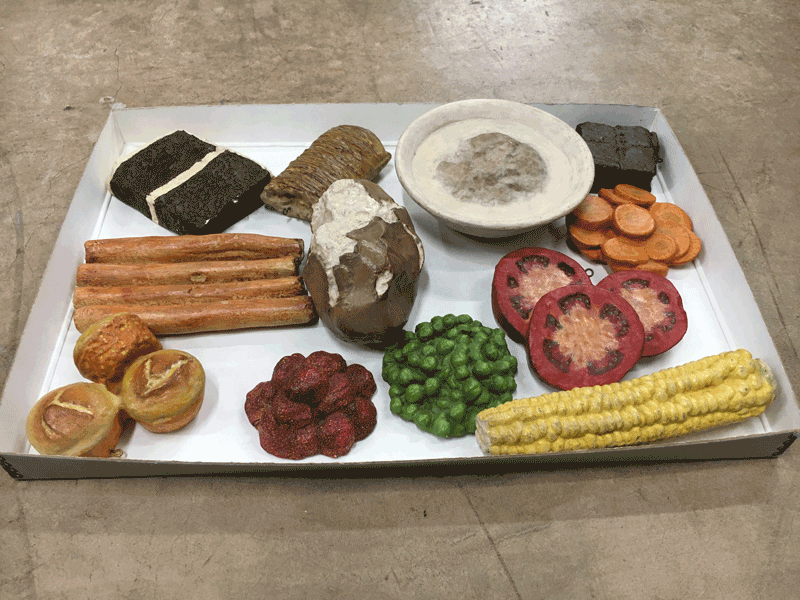 Also shown here is another arrangement of faux food: plaster models of various fruits, vegetables, baked goods, a giant piece of shredded wheat, and a nice, hot bowl of…something. These are from a period when Williamsport was perhaps not quite so booming as in Roesen’s time: the Great Depression. One of the federal government’s initiatives during this financial downturn was the Federal Art Project (part of the WPA: Works Progress Administration), which hired out-of-work artists to create, among other things, models for educational purposes. These food models were part of that program, although their exact purpose is not known.

Diving into an Historical Archive . . . Online!

The Work of a Talented Artist
Just Skating By
The Gifts that Keep on Being Given
All Visitors Will Be Welcomed to the Taber Museum…Except One!