This ice pick doubles as an advertisement. The printing on the side, though partially faded, promotes “Reservoir Ice, sold only by Market St. Coal Yard, K. S. Miller, Propr[ietor]”. That refers to Kimball S. Miller, whose coal yard operated at 502 Market Street by the Pennsylvania Railroad tracks, where the gate to Lycoming College now stands near Little League Boulevard.

As this ice pick indicates, Mr. Miller also had an ice harvesting business, called “Reservoir Ice” because his ice house was at the old reservoir below South Williamsport, later the swimming/ice skating venue Mountain Beach and now a scenic pond at an apartment complex. The photograph shows Mr. Miller’s ice harvesting crew, along with an ice cutting machine and the ice house. The caption “2/7/1917 – Last day” presumably refers to the last day of that season, since his business lasted several years beyond this.

Kimball S. Miller came to Williamsport from Massachusetts early in his life, graduated from Pott’s Shorthand College, and worked as a stenographer for both Henry Clay McCormick and Seth T. McCormick. He stepped away to run his coal and ice businesses in the 1910s and 1920s, then returned to his earlier career path in 1924, serving as official court reporter for Lycoming, Clinton, Cameron, and Elk Counties for 30 years. He died in 1955.

We have this ice pick and photograph (and many others) courtesy of Mr. Miller’s granddaughters, Kay Miller MacDowell and Mary Lee Miller Wahl. 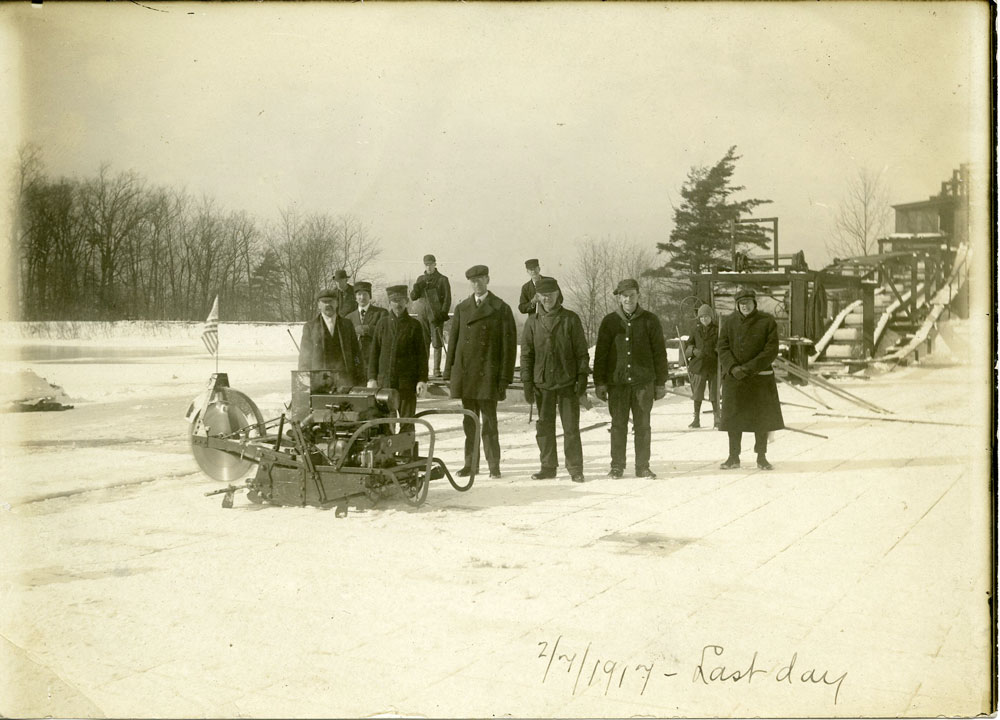 A Head of the Game
Informing Posterity - What are your Covid-19 Memories?
Founding Feathers
A Flash of Light