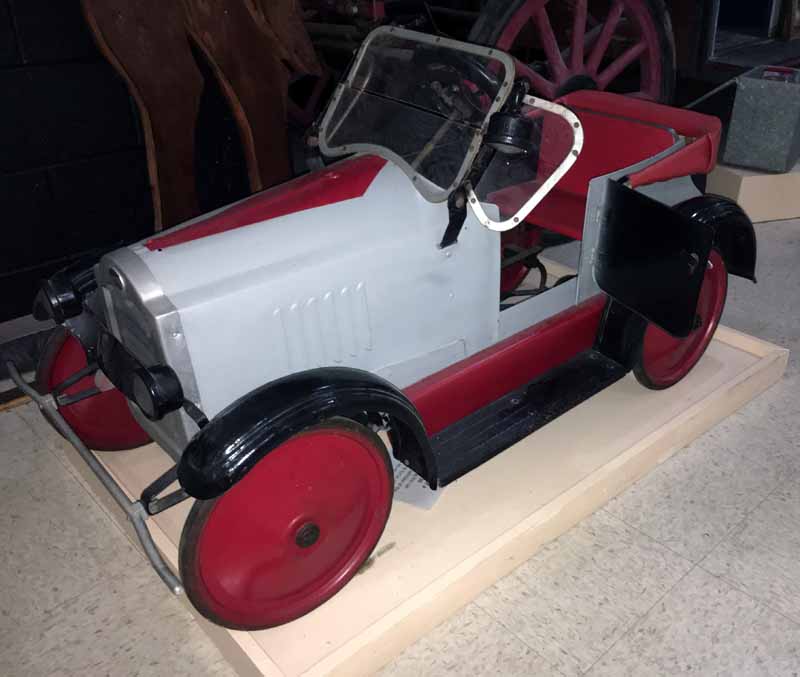 After automobiles achieved wide popularity in the early 20th century, it didn’t take long for toy cars to make their appearance. Companies like the American National Co. in Ohio began producing “pedal cars”, large-scale models that operated by foot power and had working steering. The Packard pictured here is from around 1926 and is currently parked in our 20th Century Gallery.

But kids didn’t have to wait for toy companies; they could make their own cars out of wooden crates and roller-skate wheels. Often the crates were originally for soap, which led to the term “soap box car”. As time went on, the designs became more sophisticated and streamlined – perfect for racing! Soap box derbies took place all over the world, with a combination of ingenuity, skill, and gravity determining the winners. Lycoming County was no different; also shown here is Ronald L. Harter’s soap box car with his initials on the side, made in Jersey Shore in the early 1940s. 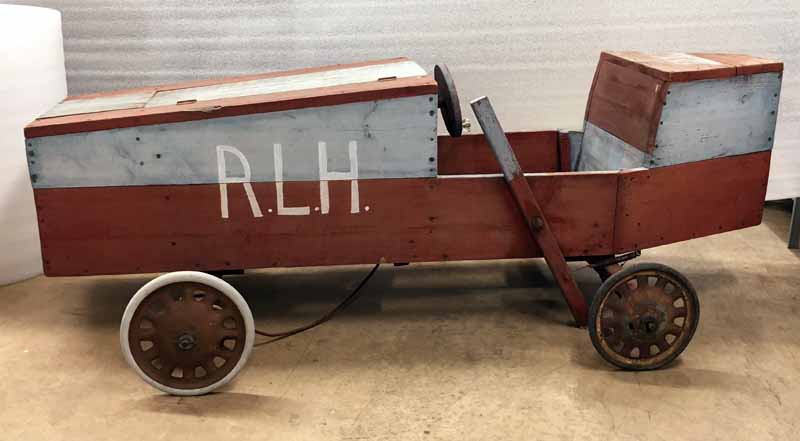 Williamsport has had its own soap box derby for many years, starting at the top of the hill on Market Street near Washington Boulevard, and documented in these Putsee Vannucci photos from the 1949 and 1952 races. Williamsport racers also participated in the national All-American Soap Box Derby in Akron, Ohio – and sometimes won! Shown here are two commemorative models of the 1951 winning car, driven by Darwin Cooper and sponsored by the Sun-Gazette. 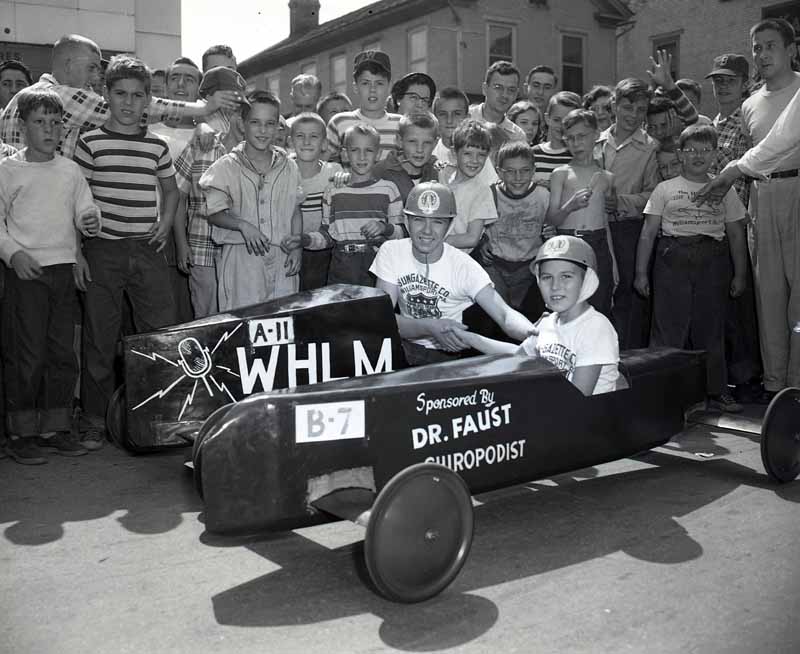 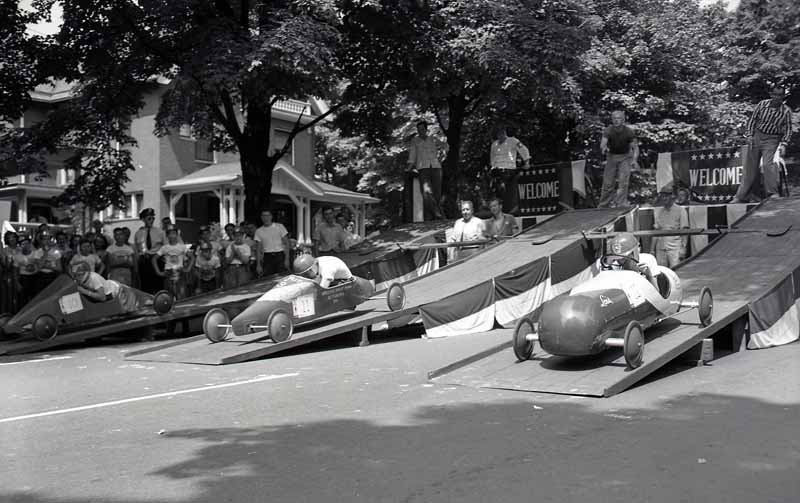 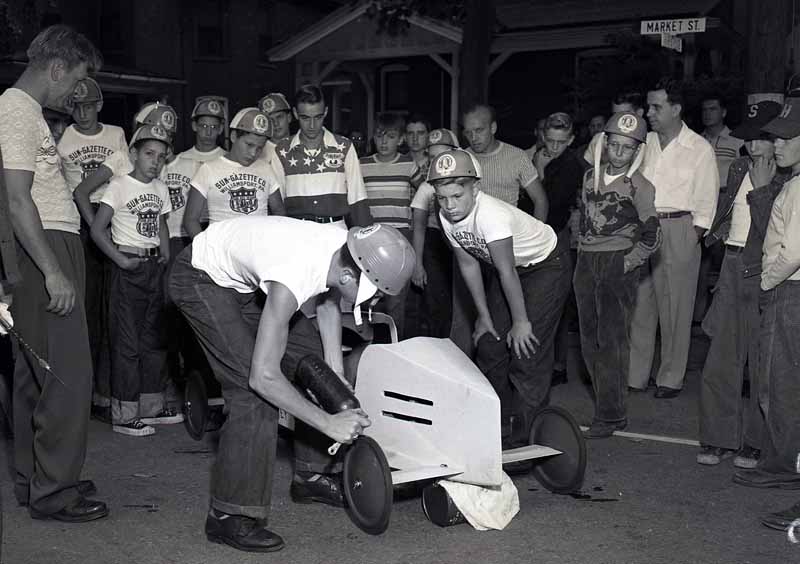 Informing Posterity - What are your Covid-19 Memories?