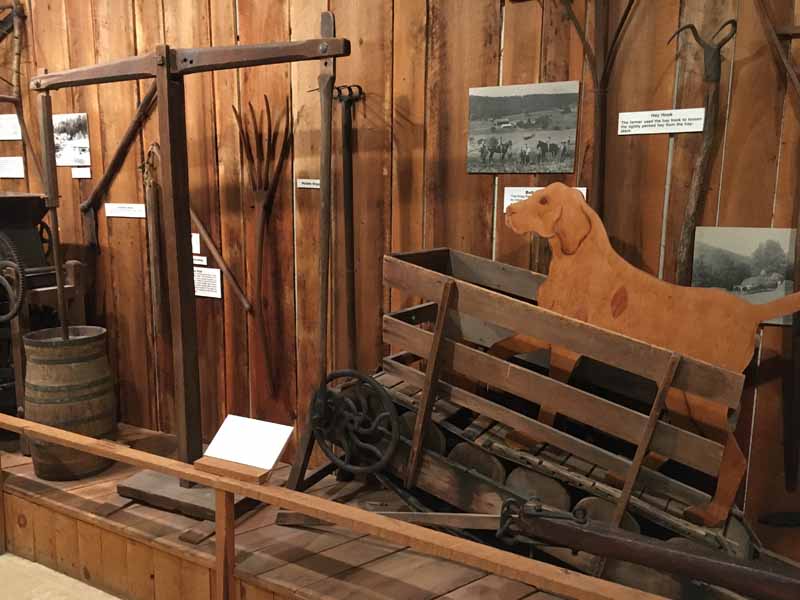 One of the more unusual artifacts in our Hall of Farming, Crafts, and Industry is this dog-powered butter churn. It’s a perfect example of the ingenuity of the county’s residents in creating labor-saving devices in the pre-mechanized era (although the dogs might argue over whose labor is being saved, exactly). Simply put, making butter requires vigorously working the cream until the liquid (buttermilk) is separated from the fat (butter), and most early churns did this by hand. But in a time when virtually every aspect of life required a good deal of physical effort, it’s no wonder that people were looking for ways to make things a little simpler. The inventor of this device probably noticed that dogs like to run, so they attached the pole of the churn on the left to the treadmill on the right, and let the dog do its thing. 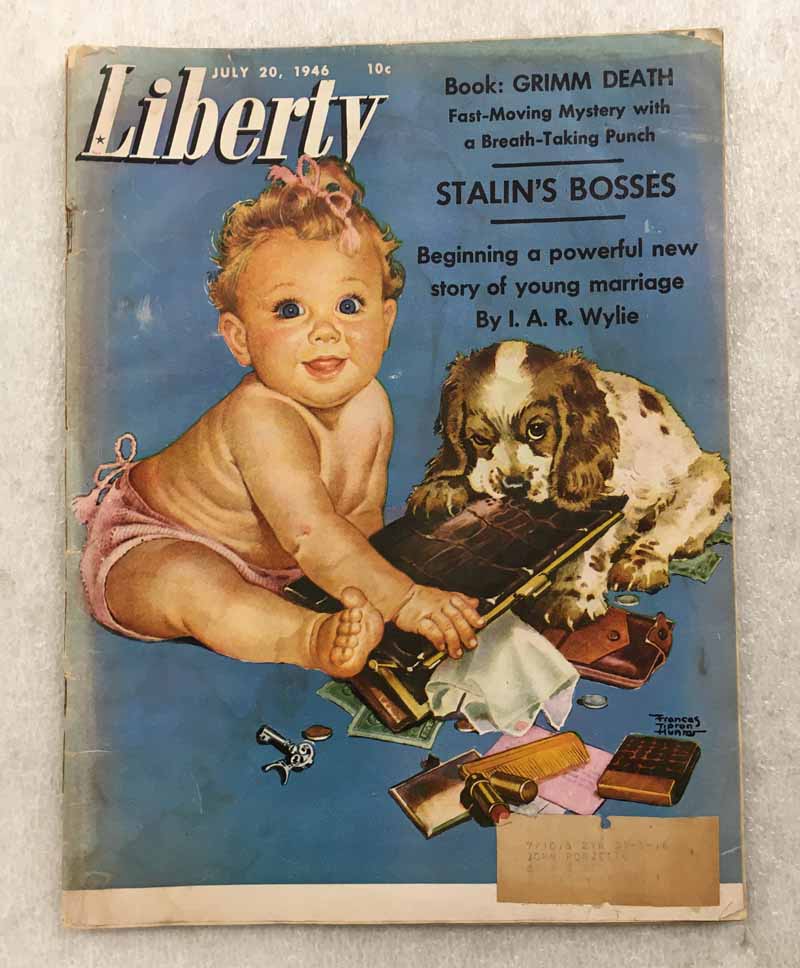 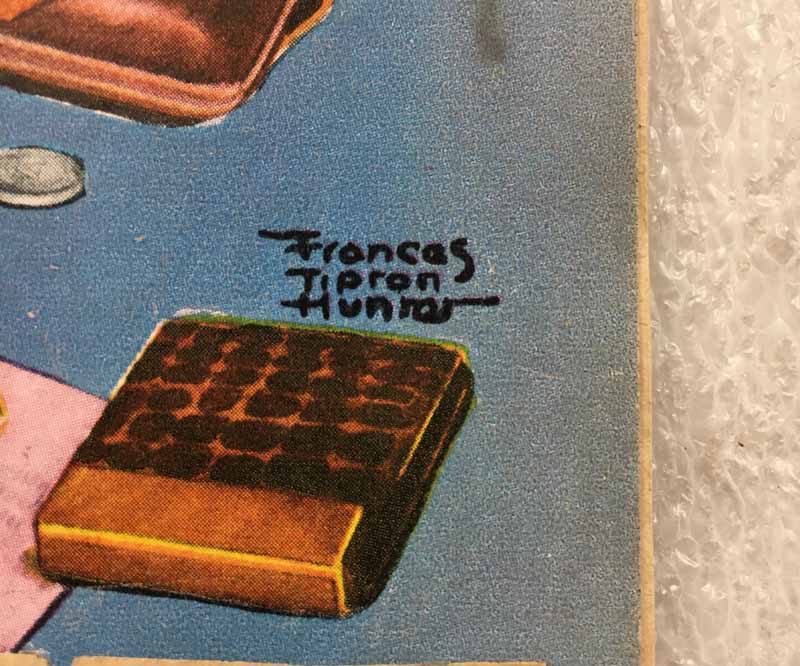 The pictured 1946 Liberty magazine cover shows a dog being somewhat less helpful. This delightful illustration is the work of artist Frances Tipton Hunter. Born in Howard, PA in 1896, Hunter did most of her growing up in Williamsport, and it was here that she created her first public artworks. After studying art in Philadelphia, Hunter’s illustrations began appearing in national magazines like the Saturday Evening Post, Cosmopolitan, and Ladies’ Home Journal, and in advertisements for Westinghouse, Firestone, and others. Many of her illustrations captured the same charm, joy, and mischief of small children and animals seen here.

Who’s That Girl?
Job Reference: Knute Rockne!
A Head of the Game
Diving into an Historical Archive . . . Online!