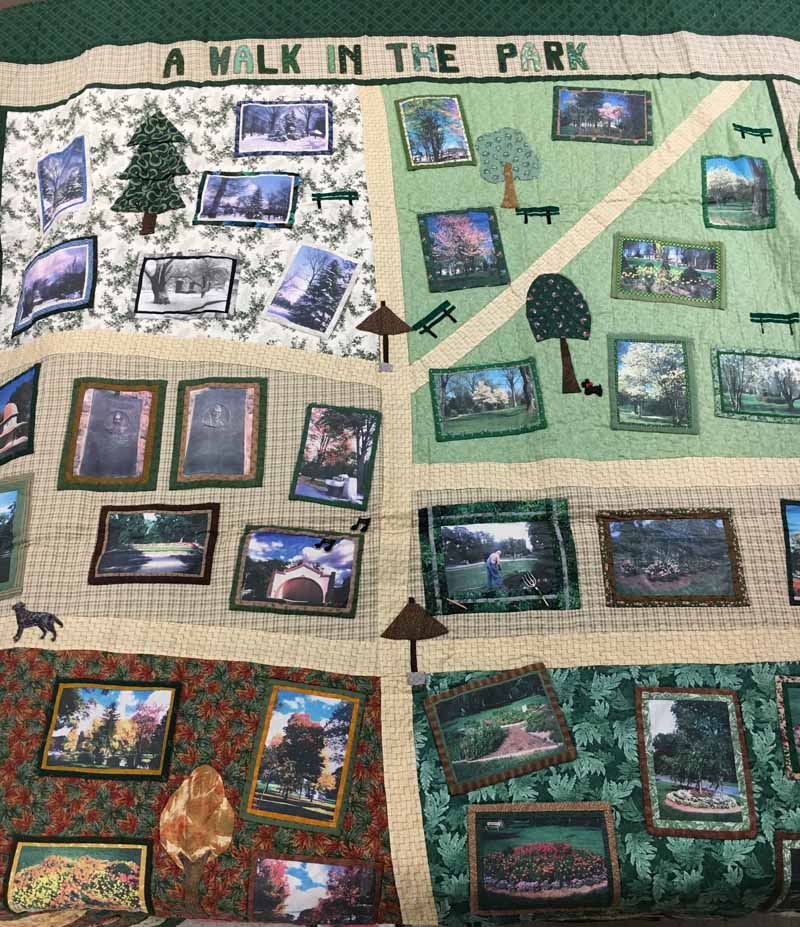 One of the more notable landmarks in Williamsport, Brandon Park is named not for the 1889 donor of the land, A. Boyd Cummings, but in honor of his sister, Jane Brandon. Located in the heart of the city, the park is easily accessible by residents. One such resident was Marjorie Rosser of Vernon Avenue, who often visited the park with her nephew.

Ms. Rosser took her memories of Brandon Park and made this spectacular quilt around 1990, probably in celebration of its 100th anniversary. Four sections, divided by borders simulating the park paths, depict the four seasons, along with appliqué trees and park benches. The quilt is full of details showing different activities and landmarks (like the bandshell and Woapalanee totem pole now at the Trade & Transit Centre), and even lists the species of trees in the park.

Going Postal ...With a Chair?
A Flash of Light
A Cornucopia of Autumn Artifacts
The Literal Fabric of History