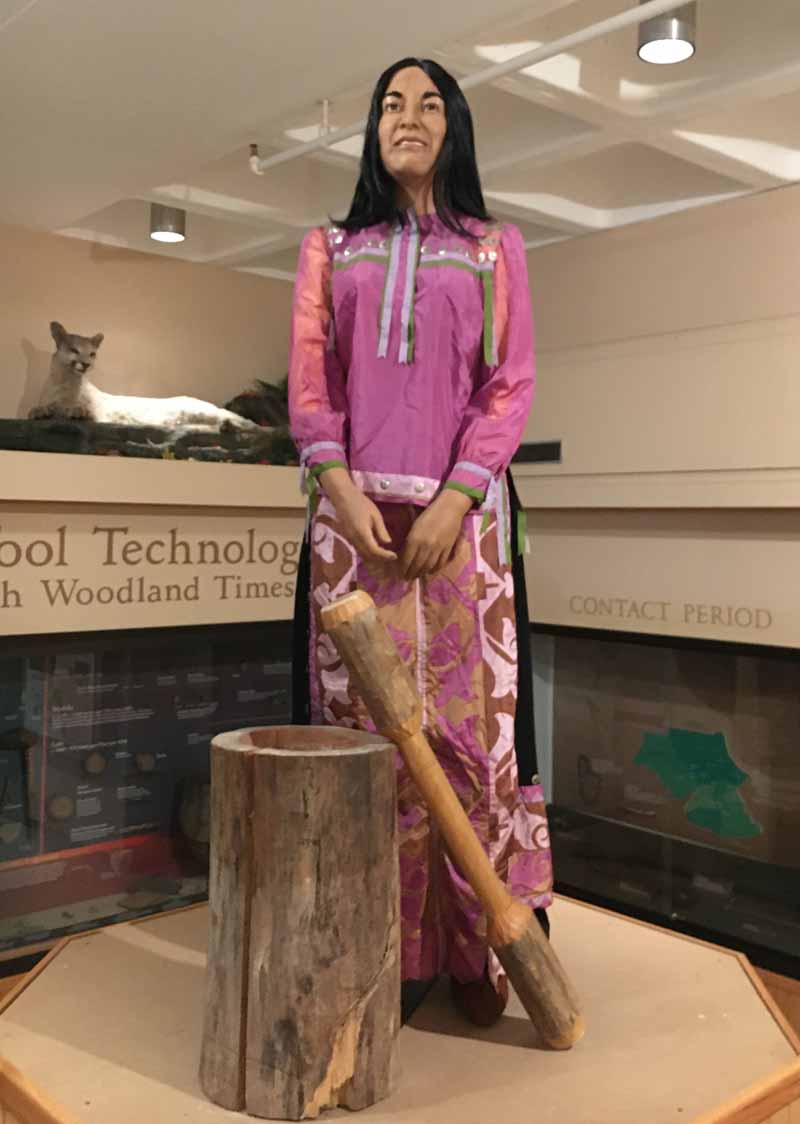 This figure representing Madame Montour stands overlooking our Native American Gallery. There is no documented image of her, so this is a conjectural interpretation of what she might have looked like. Madame Montour, by birth and by vocation, lived in the middle of the two often-conflicting but also overlapping worlds of Native Americans and Europeans in the late 1600s-early 1700s. The daughter of a French fur trader and Algonquian Indian woman, she knew both their languages, and learned others as well. This served her well as an interpreter, first in New York and later in Pennsylvania, in the village of Otstonwakin at the mouth of Loyalsock Creek. Her son, Andrew Montour, also worked as an interpreter and negotiator. A town built near the location of Otstonwakin acquired their name: Montoursville. 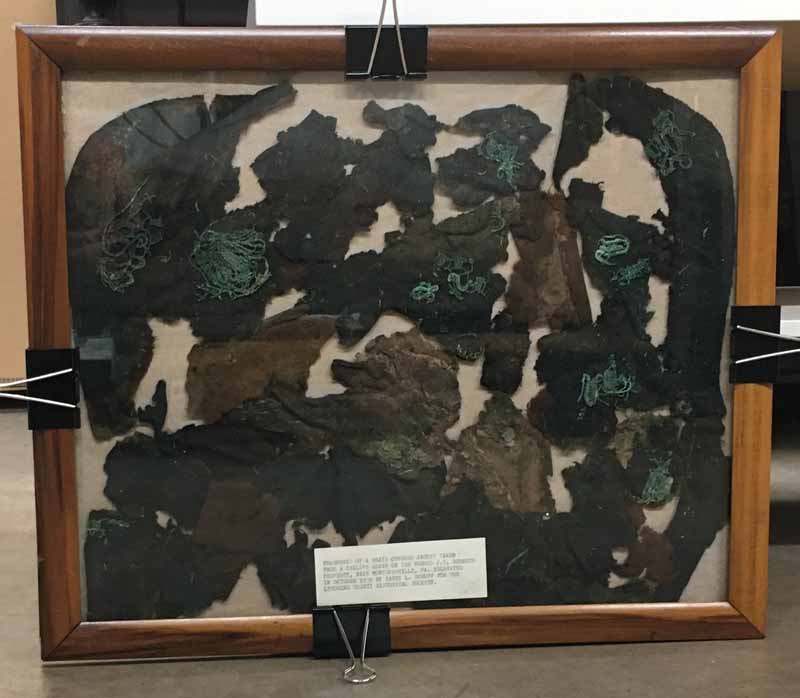 The figure’s clothing shows the blending of cultures in Madame Montour’s time: the aesthetic is Native American, but the fabrics are European. Also pictured is an item from our collection that could likewise illustrate this blending. It is a collection of wool fabric fragments with metallic lace and silk thread, recovered from a 1936 WPA excavation at the J. T. Roberts property in Montoursville, along with wampum beads and a shell disc. It was thought at the time of the excavation that this was the remnants of a child’s jacket, but a 2009 scientific analysis raised doubts, noting that if it was indeed a jacket, the size would be too large for a child. While the analysis could not definitively date the materials, it did note that they were typical of those made in Europe in the early 1700s and used as trade goods.

Start Your…Engines?
All Visitors Will Be Welcomed to the Taber Museum…Except One!
Food You Can’t Eat
Testing, Testing…