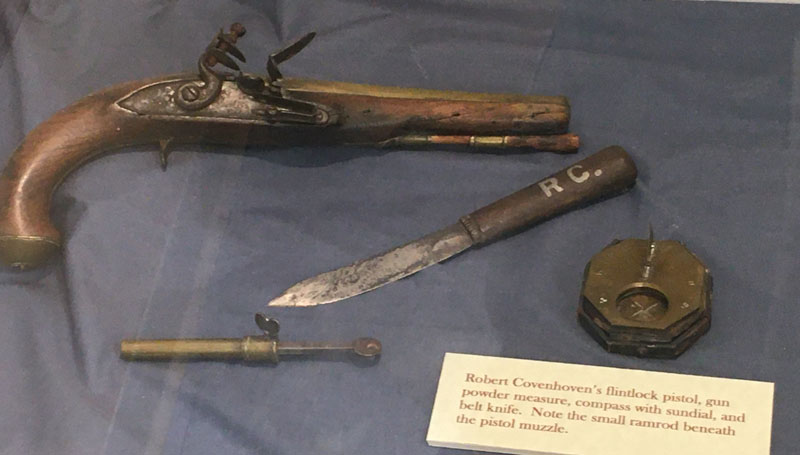 These two groupings of artifacts may seem like an odd pairing, until you realize how they tie in to the Museum’s own history. One photo shows equipment used by Robert Covenhoven, a local Revolutionary War soldier who, in 1778, helped guide residents down the West Branch of the Susquehanna River to Fort Augusta as their homes were being attacked, an event known as the “Big Runaway”. These artifacts are currently on exhibit in our Military Gallery, along with Covenhoven’s portrait.

The other photo shows a “Peace and Friendship” medallion with an image of President James Madison, one of many presented by his administration to Native American chiefs; and an ivory inkstand with the inscription “Lyre Sword and Flower! - Farewell”, the last line of the poem Korner and His Sister, by 19th century English poet Felicia Hemans. So how do these all relate to each other? 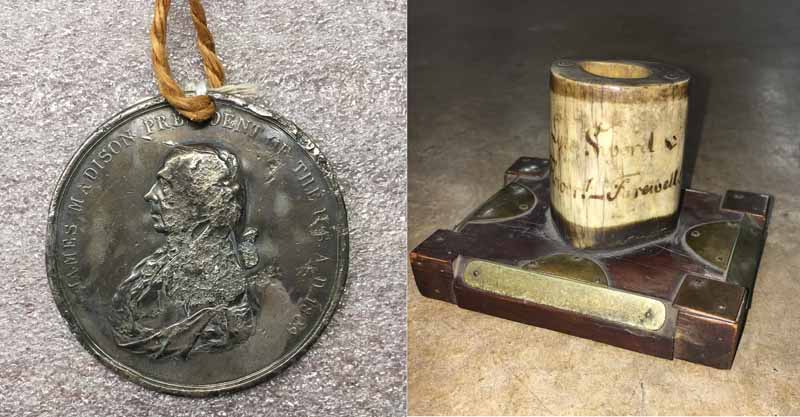 Some of you may recall that the current situation is not the first time operations at the Museum were upended. In December 1960, the historic J. Roman Way residence, which was serving as the Museum’s home, burned in an accidental fire. Most of the collection survived, but many of the museum’s records were lost. However, an early accessions ledger (in which donations to the collection were recorded) did survive. 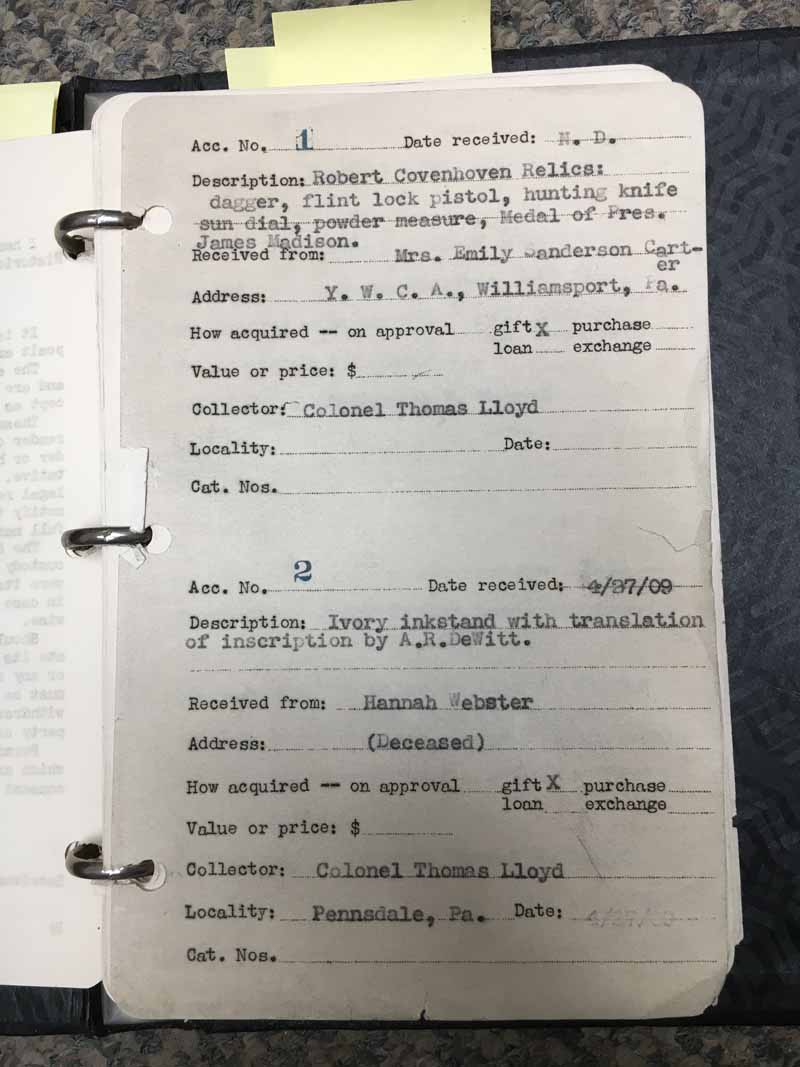 Pictured here is a page from that ledger, which records the two earliest documented donations to the Historical Society. Donation #1 includes the Covenhoven artifacts and the Madison medallion, donated by Mrs. Emily Sanderson Carter. Donation #2 is the inkstand, donated by Hannah Webster in 1909. The first donation is not dated, but it was most likely around the same time, since we received our charter in 1907.

What a journey these artifacts have had, from their origins over 200 years ago to today, including over 100 years as part of our collection. Perhaps they are a reminder that, while no crisis lasts forever, history – and the people who make it – endures.