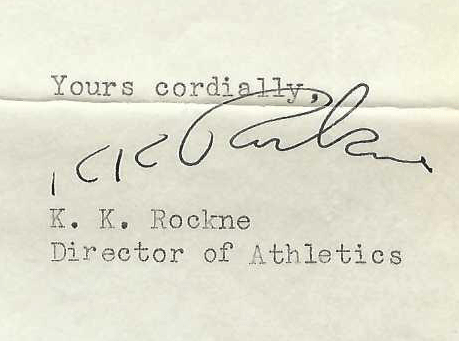 Manuscript repositories are hidden treasures within a museum or library- they contain fascinating glimpses into our past, detailing the lives of our ancestors who often came in touch with greatness while leading seemingly ‘ordinary’ lives (HINT: There is no such thing as an ‘ordinary’ life!)

The Sol Wolf Manuscript Collection is housed at the Lycoming County Historical Society. He was well-known as the head football coach of the Williamsport High School (1926-1930) and a sports radio announcer, as well as an insurance salesman (in later life). But, during his early career, Sol was looking for a job as a high school football coach and secured a one year stint at Freeport High School, Freeport, New York. Who was one of his references? None other than Knute Rockne!

Knute K. Rockne, one of Notre Dame’s greatest coaches, wrote a letter on Sol’s behalf. The letter is dated March 18, 1931, on letterhead from the University of Notre Dame Athletic Association. The typescript letter reads, “I have just written to… the Schermerhorn Teacher’s Agency…New York City, recommending you for a vacancy for football coach… at Freeport High School, Long Island. The salary would be about $4500. I recommended you very highly…” It was boldly signed, ‘K.K. Rockne.’

This was to be one of the last letters written by Rockne as he was tragically killed in a plane crash near Bazaar, Kansas, March 31, 1931. Rockne played college football at Notre Dame and was an All-American in 1913.He graduated in 1914 with a degree in pharmacy. Soon thereafter, however, he became an assistant football coach at Notre Dame. From 1918 to 1930, he was the head coach. During this time, he won 105 games, lost 12 and tied five times. Five of his teams went undefeated, and three won the national championship (1924, 1929, 1930).

We are grateful to Marc Pompeo, Sports Historian, for organizing the Sol Wolf Manuscript Collection and allowing us to use the above excerpts. 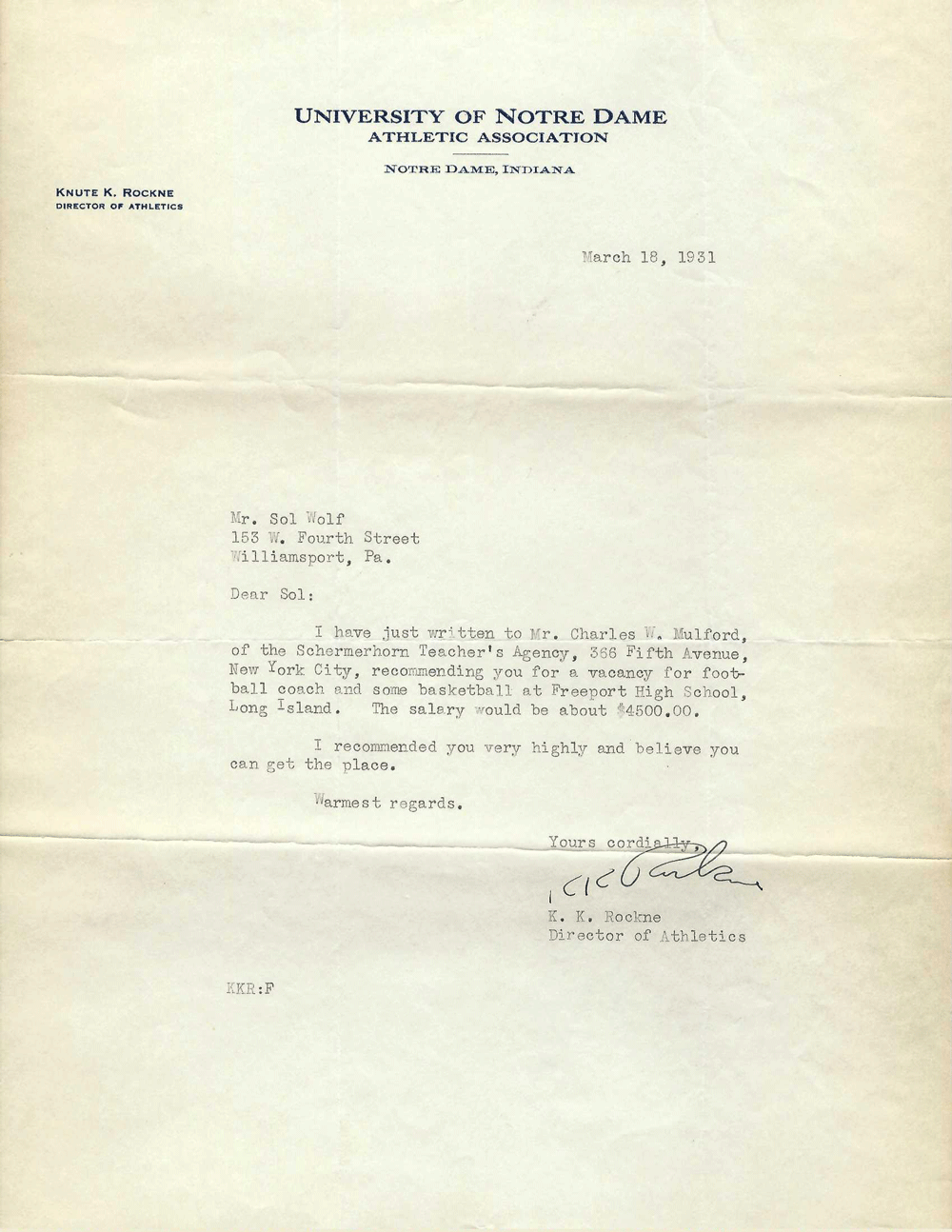