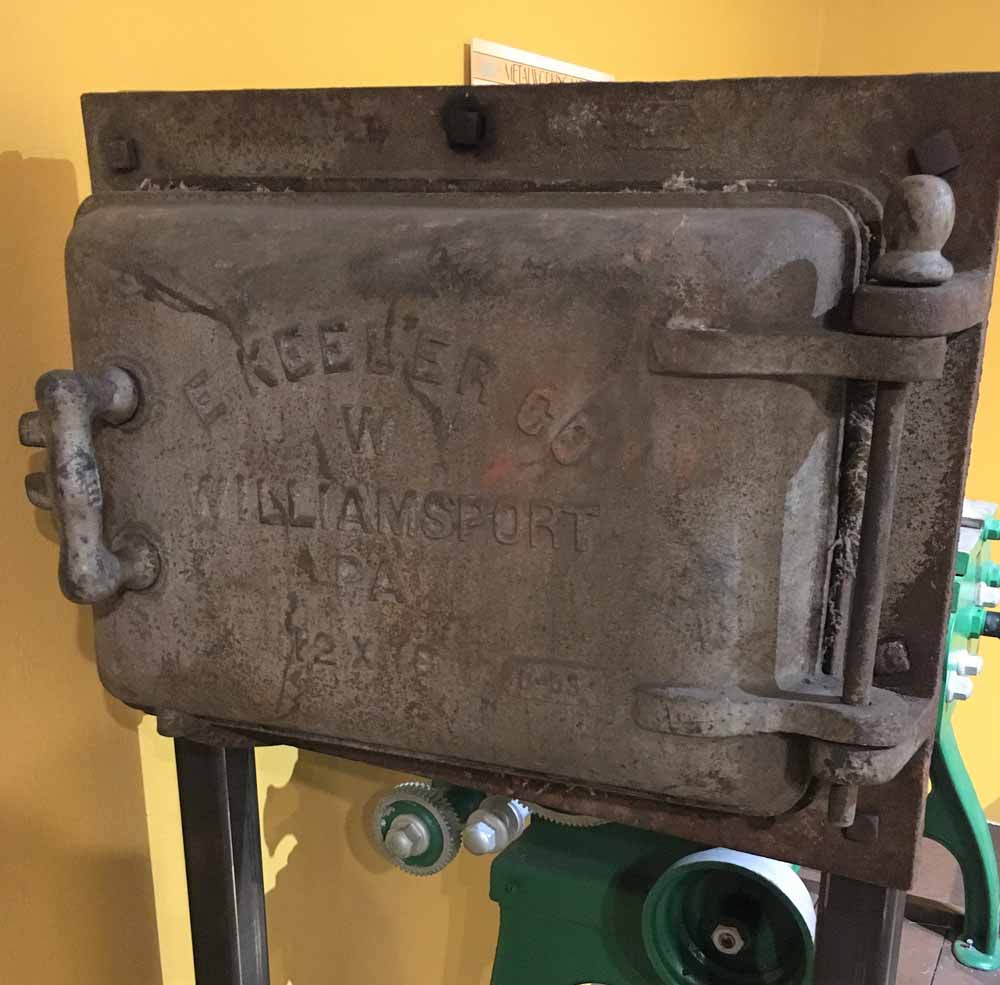 This boiler door on display in our Hall of Farming, Crafts and Industry reads “E. Keeler Company”, a Williamsport presence for about 130 years. The company began in 1864 as the West Branch Boiler Works, but changed their name to E. Keeler and Company in the 1870s (later shortening it to E. Keeler Company about 12 years later). The “E. Keeler” in question was Ella Keeler, a bookkeeper for the business and niece of one of the partners.

Throughout their history, the E. Keeler Company was located at 238 West Street, though their facilities and operations expanded greatly over the years. They also opened a supply division at 315 West Third Street, in a building which still stands. In 1982, Keeler was the 6th largest manufacturer of water tube boilers in the country – but that same year, they became a subsidiary of Dorr-Oliver, Inc. They later became part of Tampella, before closing their production facility completely in the 1990s. Most of the former factory site is now occupied by Wegmans. 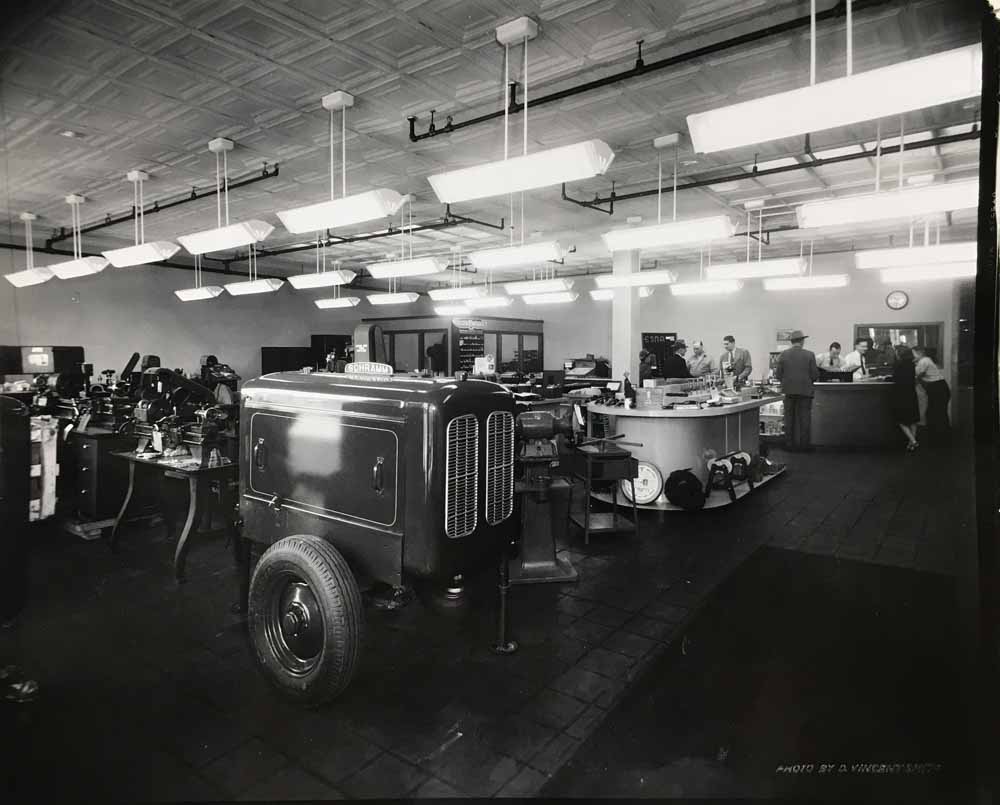 Keeler’s main product from the beginning was boilers, sold to countless businesses locally, nationally and internationally. The pictured boiler door was from the Stearns Silk Mill on Memorial Avenue, recovered after its demolition in the 2010s. Also pictured are a builder’s plate, a 95th anniversary product catalog, and photographs of the Keeler buildings. The perfect attendance mug and basketball league jacket belonged to long-time Keeler employee Frederick Kibbe, who worked for the company from high school through retirement at age 62, with only a stint in the Marine Corps interrupting his service.