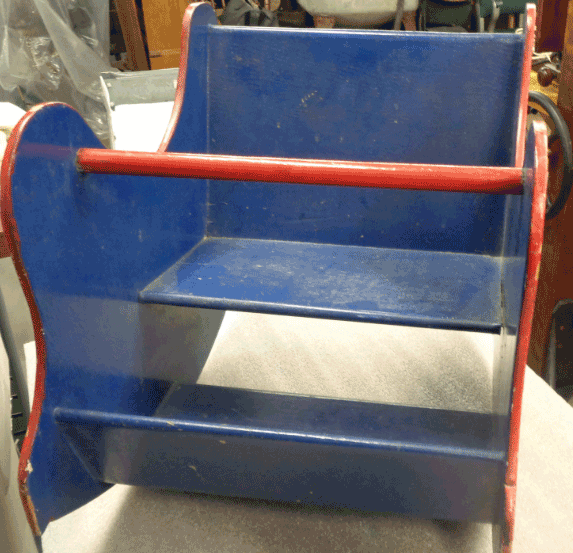 At the Lycoming County Historical Society, a rocking chair can tell you a lot! Looking at it initially, you would think that the donor Allen Spotts, spent many hours rocking in it and enjoying the chair made especially for him by his father of Duboistown. Dad was careful to paint it in patriotic colors of red and blue. And it was built during a dramatic time- the United States was embroiled in World War II.

But in looking at it more closely, it reveals a more sinister past. Because the rocking chair was made in part from a crate that held ‘High Explosives DANGER’ TNT, stored at the Pennsylvania Ordnance Works, situated in Allenwood on land confiscated by the government. Families were uprooted, promised to receive their land back once the War was at an end. Unfortunately, that promise was broken.

Did your family work at the Ordnance Works? Was your family one of the displaced families? Let us hear from you... 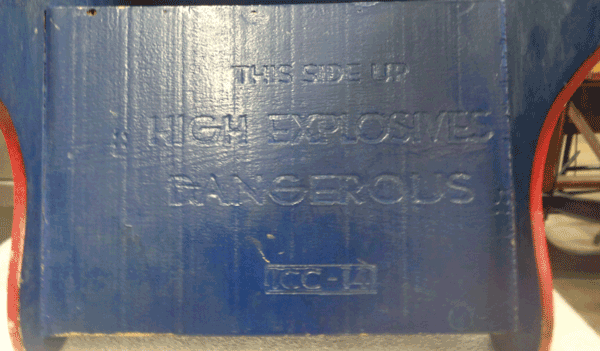 Diving into an Historical Archive . . . Online!