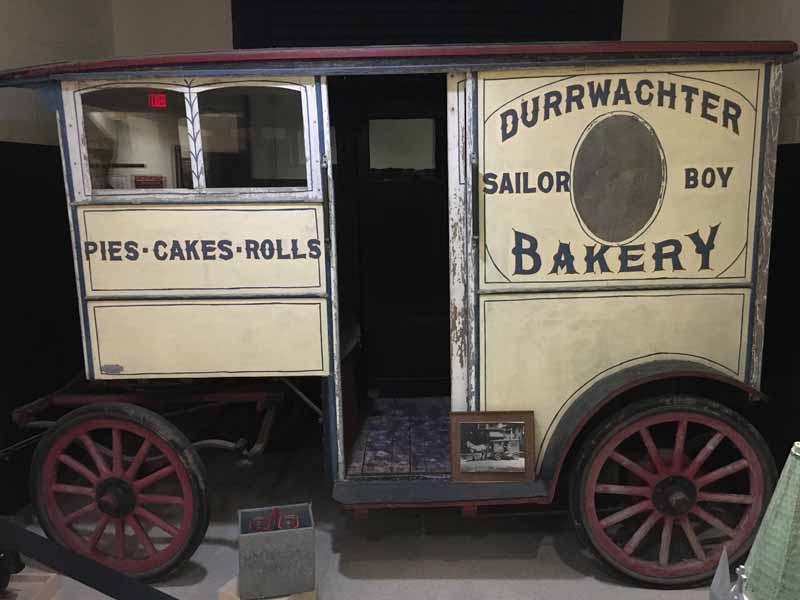 This Durrwachter Bakery delivery wagon sits in our 20th Century gallery. Various Durrwachters have fulfilled a whole range of roles in the county’s history, from bakers and dairy farmers, to doctors, to a County Commissioner.

The 1924 D. Vincent Smith photograph shows an array of delivery wagons from another local baker: Stroehmann Brothers. Note the motorized wagons alongside the horse-drawn variety. The brothers in question, Carl and Harold, bought the Gramlich Bakery on Washington Boulevard in 1924 and renamed it after themselves. They joined a cooperative called Quality Bakers of America, which not only allowed them to purchase the latest equipment, but also gave them a name for their brand of bread: “Kew-Bee”, from “QB”. The firm expanded in Williamsport and throughout Pennsylvania, eventually reaching New York and Maryland. Although Stroehmann’s local operations are now primarily on Lycoming Creek Road (as part of Bimbo Bakeries), the Washington Boulevard building still stands, known today as the Stopper Building.

Also of note in the Smith photo are the four advertising buttons. Showing that cross-promotion and celebrity endorsements are not new phenomena, three of these buttons show Stroehmann’s Sunbeam girl sharing tasty slices of bread with actresses Elizabeth Taylor, Sally Forrest, and Leslie Caron – who naturally all had movies to promote. 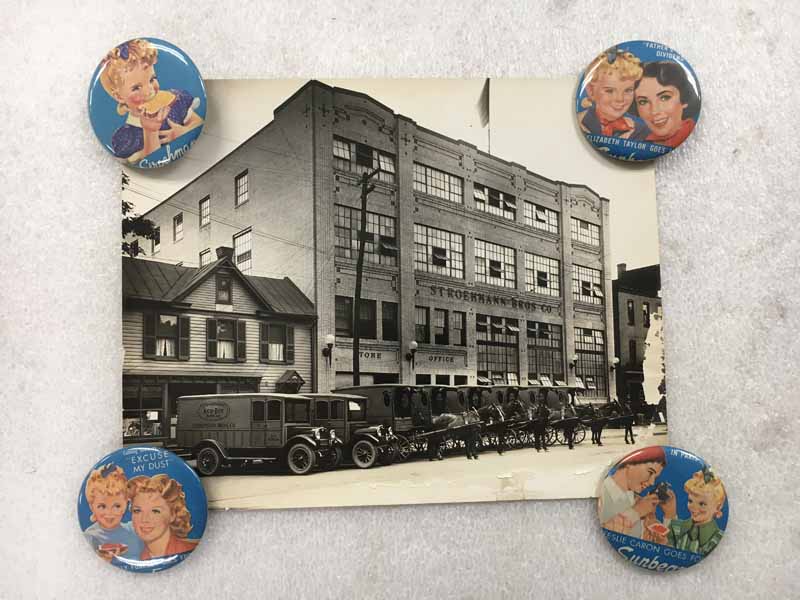 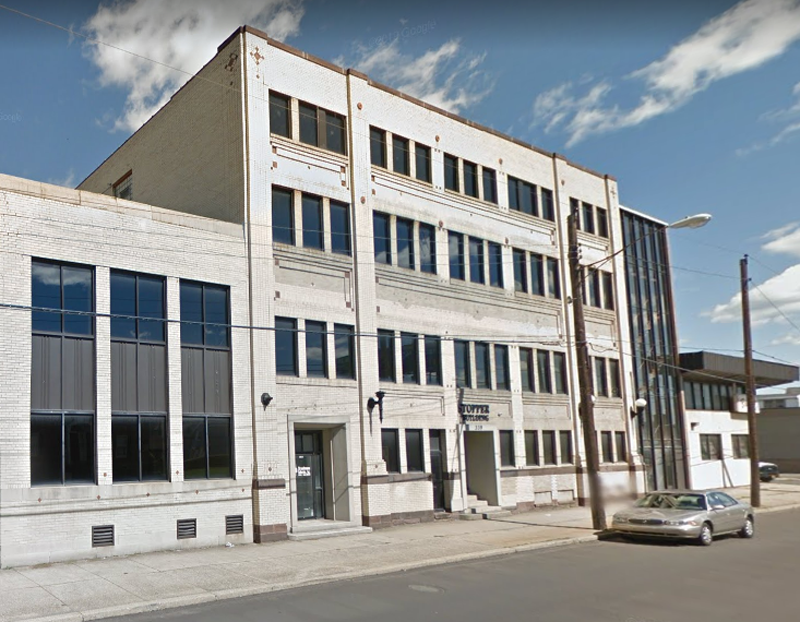 All Visitors Will Be Welcomed to the Taber Museum…Except One!

Riding in Style
Youth in Advertising
Going Postal ...With a Chair?
All Visitors Will Be Welcomed to the Taber Museum…Except One!