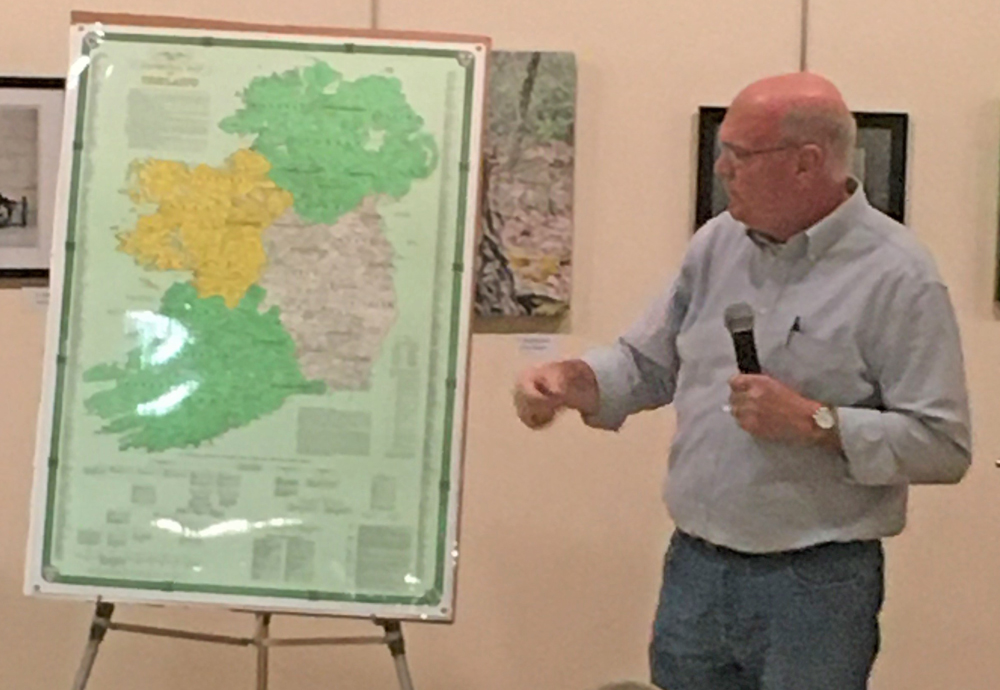 The Thomas T. Taber Museum of the Lycoming County Historical Society hosted Christopher Norris at its Coffee Hour on Thursday, October 13th. Norris spoke on the ‘Irish Language in Ireland’.

Norris, while living in the Philadelphia area, attended night school at Villanova University, learning the Irish language. His teacher was from County Donegal in Ireland. He learned Ulster Irish, spoken in the North of Ireland (County Donegal). In this lecture, Norris reviewed the map of Ireland, size, population, where the language is spoken, number of speakers in Ireland and in the USA, number of immigrants who left Ireland from 1800's to the present day.

Norris is the President of the Ancient Order of Hibernians (AOH) in Williamsport. He is also the Pennsylvania State Irish Language Chairman for the AOH and teaches the language to its members.In recent years, Norris has had several Irish language classes locally for the general public in Williamsport.