Huge Crowd Hears About Stearns Department Store During the Holidays 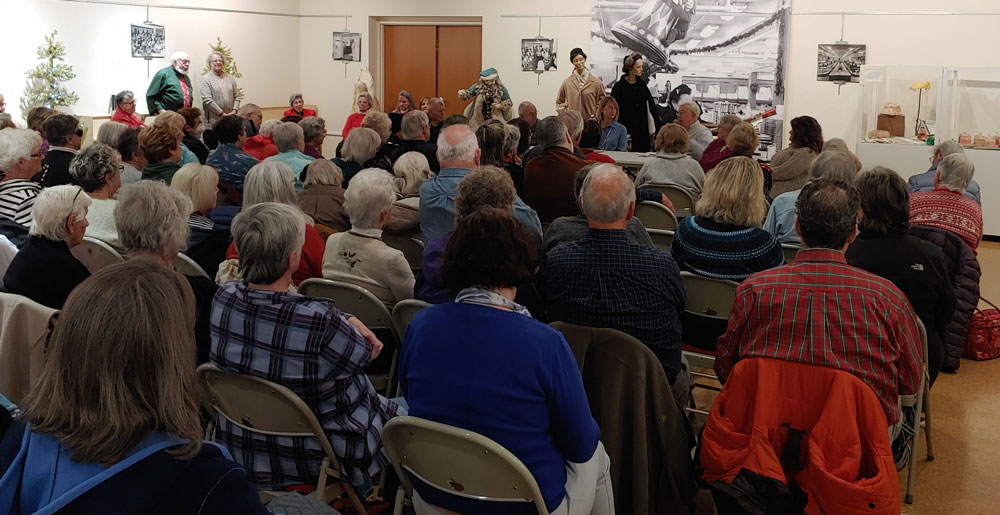 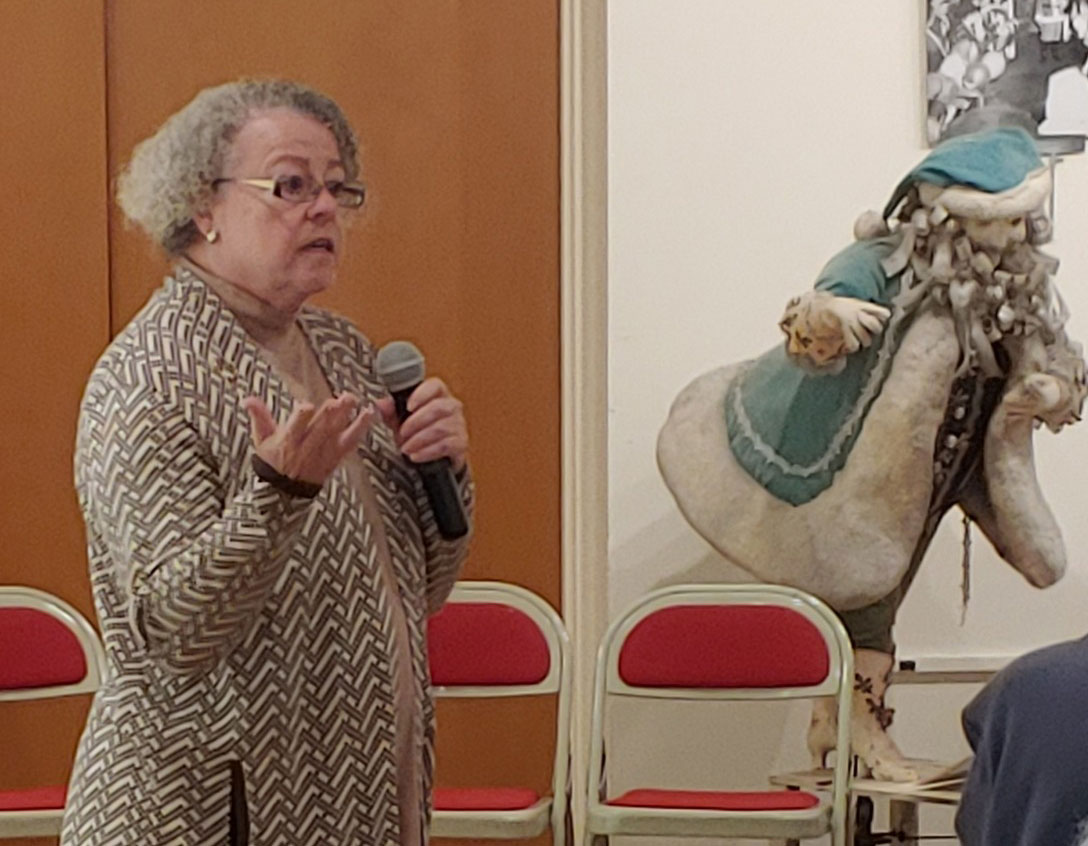 On Friday, December 2, 2022, the Taber Museum opened its holiday exhibit featuring memories of the holidays at the L.L. Stearns Department Store. At a coffee hour the following week, the experience was personalized by Cindy Stearns during a Taber Coffee Hour. Over 160 visitors were present for the lecture.

The Williamsport Sun-Gazette reported on the event in a front page story. Here is the story:


The memories of L.L. Stearns, a longtime and popular shopping site, were rich and varied from those who attended a special program at the Thomas T. Taber Museum to talk about the store and its legacy.

“It was just busy all the time,” said Meg Smith, who worked different jobs at the store located at Pine and West Third streets. “It really had an impact on my life.”

“We were family,” Patty Houser said. We took care of the customers. That is where our success came from.” The holiday season brought back many memories for those who either shopped or worked at the department store, operating in the heart of the city from 1889 until its closing in 1984.

Stearns was housed in a multi-story building at the corner of Pine and Third streets in an era before malls sprung up outside communities and in suburban areas to dominate the shopping economy.

Paul Beiter was just a teenager in high school when he began work at Stearns. Starting as a cafeteria employee, he eventually rose to a managerial position. He recalled the busy Friday nights when the store attracted many shoppers. “The employees were what made working there special,” he said. “It was just good people. That’s why we did so well.” Beiter would eventually leave the store to become part of his family’s retail business, although at the time of his departure he was reluctant to leave.

“I really didn’t want to leave Stearns,” he said. “It was a great store to work for.” Ralph Lukens, who began work at Stearns in 1960, recalled the special Santa Claus appearances at the store during holiday season as a big event. Hard work went into preparing and decorating the store for the holiday season. Lukens, who began work at Stearns in 1960, noted the store’s free delivery service covered a wide region.

Customers entering Stearns from the street would be greeted by the sounds of canaries and other exotic birds singing and chirping.

And, of course, there was the large bell, a child clinging to it, swaying from the ceiling of the first floor each holiday season.

Stearns noted that the bell, located now in the Taber Museum, was a favorite among customers.

Special promotions such as dollar days and Russell Stover candies were a real hit with patrons, according to employees.

Business trips to New York City allowed employees to learn about the department store business from stores such as Macy’s. “They wanted the store to look like New York department stores,” Smith said. She said her favorite job at Stearns was creating the customer displays.

Lukens noted that Stearns’ toy department offered all the most popular toys for children.

One woman recalled her family driving from miles away to shop at Stearns.

Another woman said her fondest memories were the many lunches she enjoyed with her father at the store’s restaurant.

Beiter remembered that many of the city’s “big wheels” often dined there.

Overall, he said, Stearns was “a great place to work, great people.”