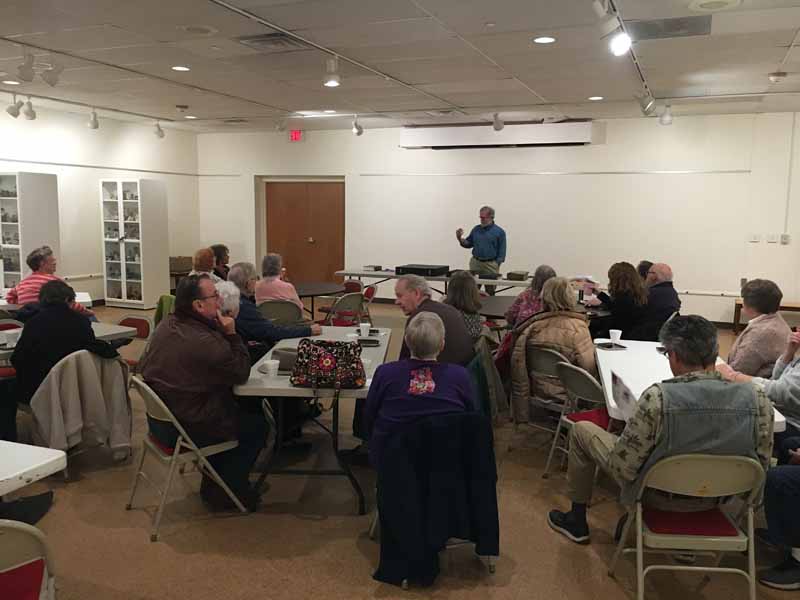 The Lycoming County Historical Society launched its 2019 Lecture Series on Thursday, March 14, with a Coffee Hour,featuring guest speaker Don Rash, who shared with the visitors the art of bookbinding. The talk took place in the Taber Museum's Community Room. 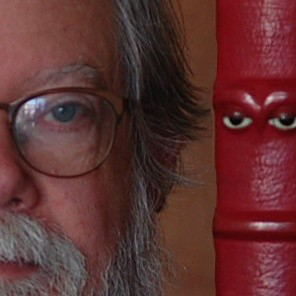 Mr. Rash owns a conservation studio repairing and conserving paper, re-binding books, and creating printed editions of books. Rash began his career as a hand bookbinder at Haverford College, located in Philadelphia’s Main Line, where he supervised the in-house repair unit from 1978 to 1986. During this time he studied bookbinding and calligraphy with Fritz and Trudy Eberhardt, both of whom had learned bookbinding in Germany in the 1930s and then emigrated to the U.S. in the early 1950s. In 1986 Rash left Haverford in order to work as an independent bookbinder and conservator. Rash has performed conservation treatments for books and documents belonging to individuals and institutions (including the Taber Museum) and bound limited edition books for the Press of Appletree Alley. His designs have been exhibited internationally. In 2003 he established the Boss Dog Press and has since hand-printed and bound five titles. In 2007 he began teaching bookbinding in his studio, and has hosted students from as far away as Singapore and South Africa.

The lecture focused on the structure of the book During the lecture, Rash demonstrated the materials and methods to performing his art.“The book as we know it has been a surprisingly effective and durable repository and transmitter of information as well as an object of art for over seventeen centuries." During his talk, he described the materials and processes which comprise the codex book, focusing on pre-Industrial Revolution methods which continue to be used in the making of fine books. Changes in post-Industrial Revolution bookmaking were also discussed.

Thank you to the Woodcock Foundation for its sponsorship of this series. The Foundation has been a steady supporter of the Taber Museum's education series, allowing lectures to be provided to the public at no cost. 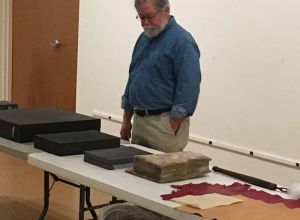 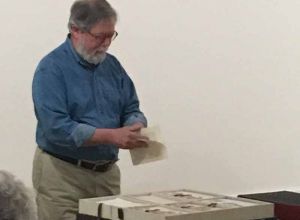 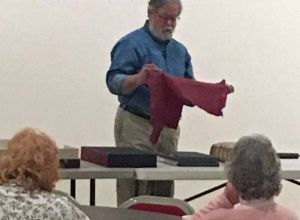 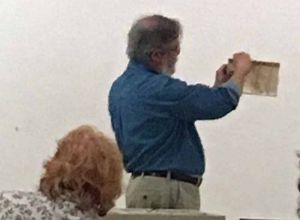 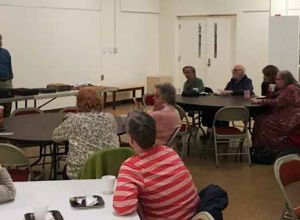 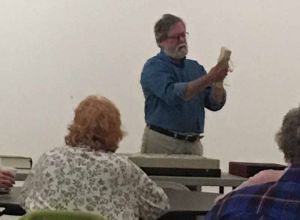 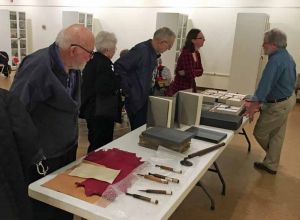 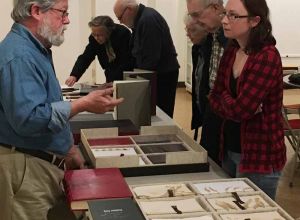