Presidents' Day 2019 was an exciting time at the Taber Museum as former President Thomas Jefferson returned for a visit.

Fifty-seven guests to the Museum had the rare opportunity to meet with the third President of the United States as he received visitors from Lycoming County as if he was at Swann’s Tavern in Charlottesville, Virginia on February 18, 1817. Mr. Jefferson reminisced about events from forty-one years prior to 1817, leading up to the creation of the Declaration of Independence.

‘Thomas Jefferson’ was portrayed by Tom Pitz. Pitz has portrayed Thomas Jefferson at numerous historical societies and at functions at the National Geographic Society, the United States Treasury and at Mount Rushmore for festivities on the Fourth of July. According to Bea Keaton, a docent at the Historic Michie Tavern in Charlottesville, “Over the past several years, it has been my pleasure to witness Tom Pitz interact with people of all ages and in many different circumstances (museum settings, banquet halls, private homes and on the street). He immediately transports people back in time with his first person portrayal of Thomas Jefferson. Whether he speaks to a group or one on one, he is totally engaging, putting people at ease while entertaining them in grand style with charm and humor yet staying down-to-earth. He always makes a memorable connection with his audience.” 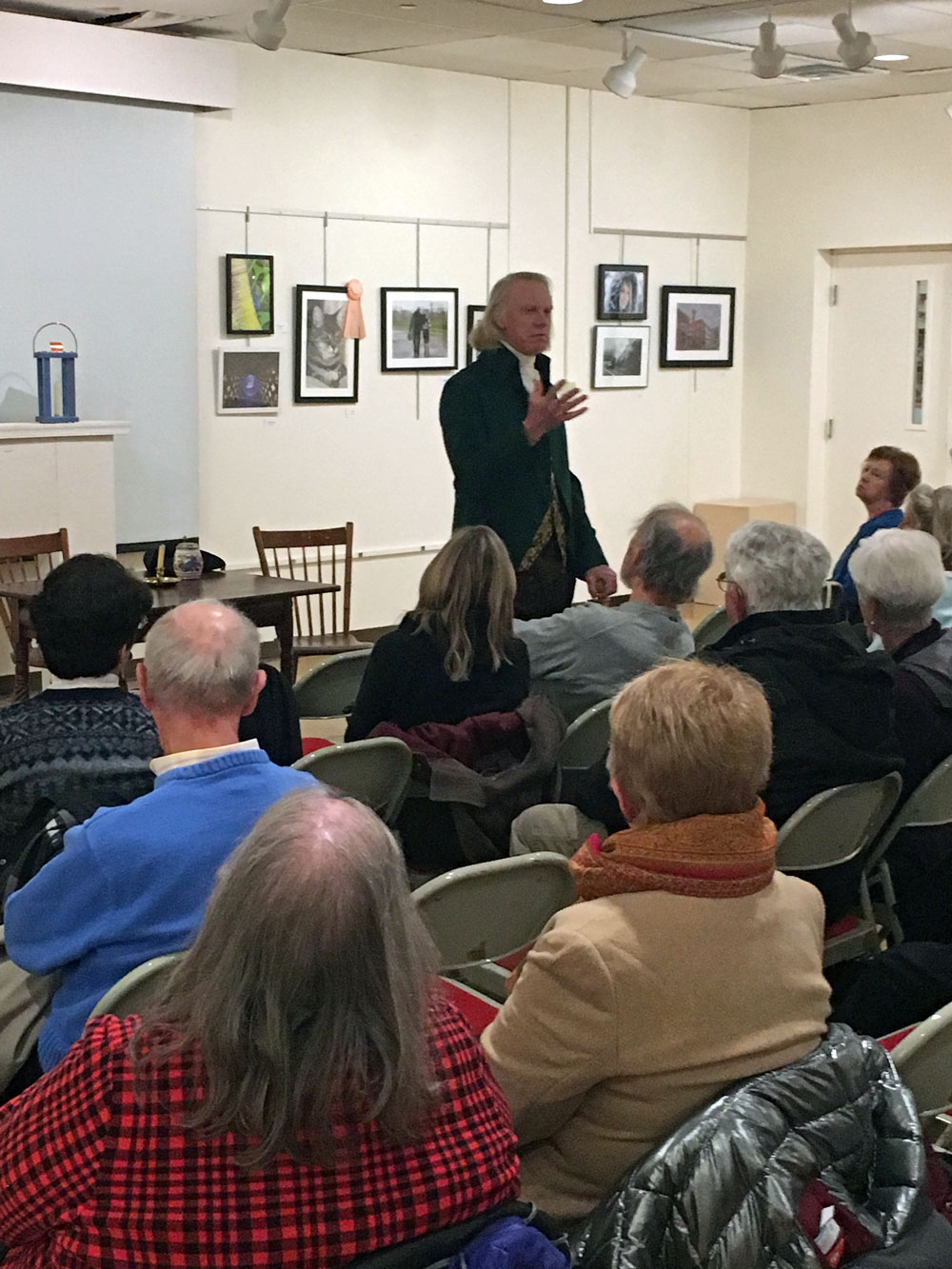