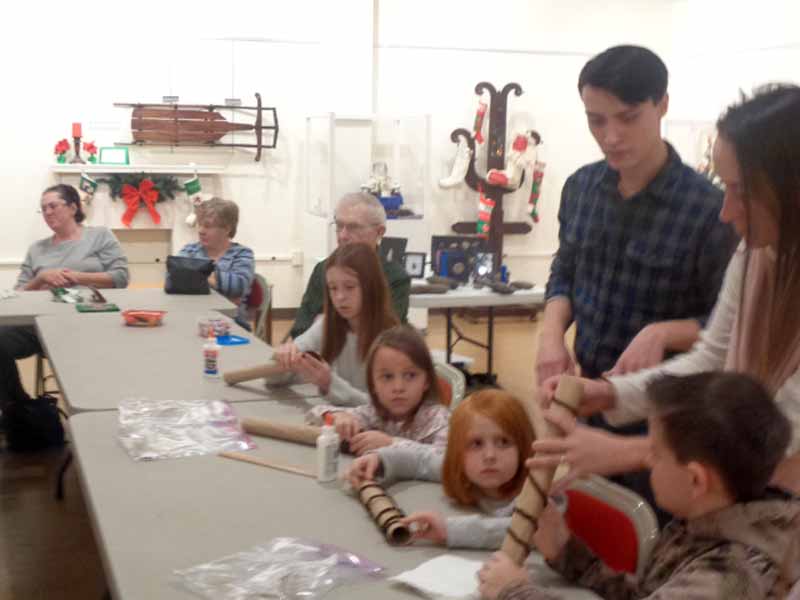 Atom Gallup has joined us this winter as an exploration of possible career paths through what he terms ‘an excellent resource’, CareerLink. He is a natural musician as a vocalist, a songwriter and playing the acoustic and bass guitar. However, he has decided to apply to Lycoming College and pursue a major in history. Which led him to us! “I’d like to marry history with music and technology… to the fullest point I can take it.” He would minor in digital film making (if a minor is offered). Having graduated from Williamsport Area High School, Atom decided to explore possibilities before heading to college. Atom has worked at the Moon & Raven, Williamsport Hospital, Weis Markets and as a screen printer of tee shirts, hoodies, et al.

While here, Atom has used his creativity to aid in a number of exhibits. Atom redesigned a cabinet recently given to us which reflects the history of the Williamsport Hospital School of Nursing; helped to design a train exhibit at City Hall; and wrote the introductory label and aided in our holiday exhibit which included skates, sleds, sleighs, and stockings. As well, Atom catalogued a number of circus posters and photographic equipment from the former Sylvania plant in Montoursville. He learned the game of pick-up-sticks as he helped with the recently-held Native American Workshop.

As for the future, he would like to succeed in his musical career. He has several posted videos on YouTube. His interests are many. “I would like to learn bookbinding. I would like to volunteer for an organization similar to We Are Human, which helps people, focusing on artists, with mental disabilities.” Music is often used in therapeutic sessions. “I’d also like to work with an organization that helps people who have been rejected by their family due to the family’s religious beliefs.”

We wish Atom all the best and hope that he will stay in close contact with us!