Gone, But Not Forgotten: Death and Mourning Customs in Victorian America, Summer 2017 Exhibit

The Taber Museum's summer 2017 exhibit was entitled Gone, But Not Forgotten. The exhibit highlighted the customs and practices surrounding death and mourning during the Victorian period. Included in the exhibit were a display of coffins, human hair creations, post-mortem photographs, coffin plates, embalming tables, wicker carriers, and memorials to departed loved ones. The exhibit was curated by Galen Betzer of Galen R. Betzer Funeral Service in Muncy. 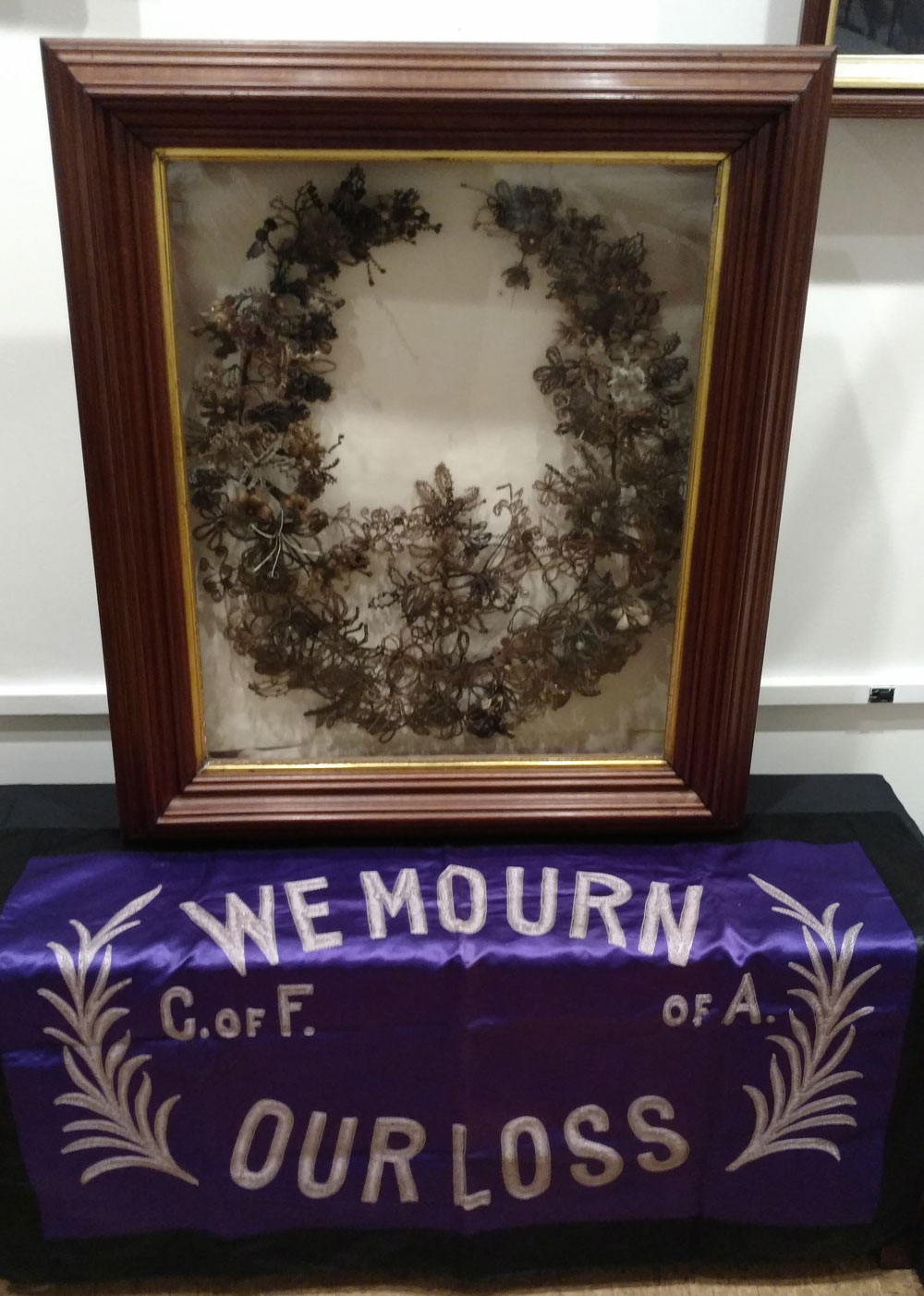 While some might have found the exhibit to be morbid, it provided a fascinating look at the sensibilities and sensitivities of the 19th century. A lock of hair was often clipped from the head of the recently deceased as a remembrance. It was then placed within a locket or brooch. A longer length of hair might be fashioned into a bracelet, necklace or watch chain, connecting pocket watch to fob. Hair wreathes would often honor a whole family with different colorations of hair created into flowers, leaves and branches.

Post-mortem photographs may seem insensitive, however, it was a way to remember the face of a loved one. Particularly poignant are the photographs of small children. The photograph shown may have been the only photograph of the child. Some children’s photographs depict the child in dark-colored clothing, tto undoubtedly indicate the death of the child’s parent(s), often the mother who had died in childbirth. A household in mourning was indicated by a black wreath on the front door with the interior of the house subdued- chandeliers and mirrors draped in black crepe. When widowed, a woman would don her ‘widow’s weeds’. She would be dressed in black with little embellishment, her face covered with a veil. She remained in this state of mourning for at least one year.

The exhibit was well received and closed on Sunday, August 27. Some of the highlights of the exhibit are found in the gallery. Exhibit Photographs