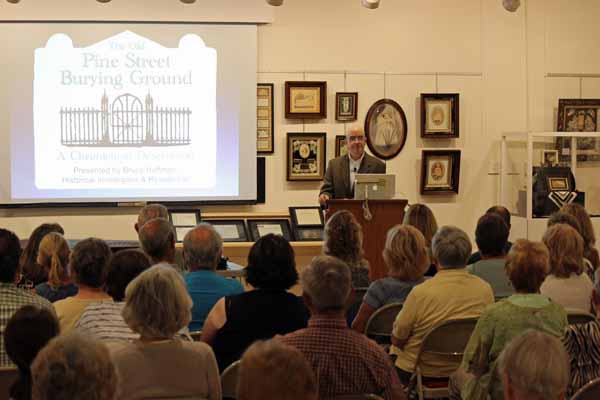 Coinciding with the last full week of the morbidly fascinating Gone, But Not Forgotten exhibit, August's Society program at the Taber Museum looked back on one particular "city of the dead." Museum Board member Bruce Huffman spoke on the topicThe Old Pine Street Burying Ground - A Chronicle of Desecration. 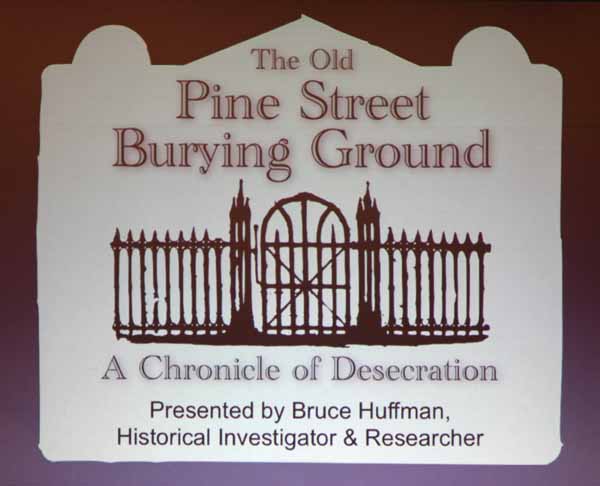 Many people have heard that the roughly one acre block on which Williamsport's Old City Hall was built was originally a graveyard. Hoffman has studied its complicated history and the timeline of events that led to its continued desecration. He spoke to about 80 members of the public, to commemorates the once sacred burial ground's "official" end, 150 years ago this summer.

The burial ground was set aside by Michael Ross, as a part of the original plan of the borough. When the borough was established, the burial area was sufficient to support the small population. As the town grew, the site became inadequate for the burial needs of the community. New cemeteries were established in the borough. 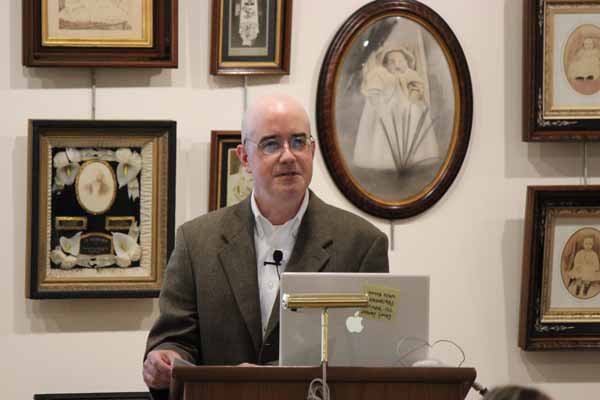 In 1867, the town passed a resolution giving the mayor authority to lay out a park and also to give notice that remains and headstones were to be removed before October 1868. the park was not established at that time. Several years later, the establishment of "Ross Park" was proposed, but not approved because of the cost.

After more years passed, the Ross Park Commission was established and trees, shrubs and water features were installed. The park was fenced in. 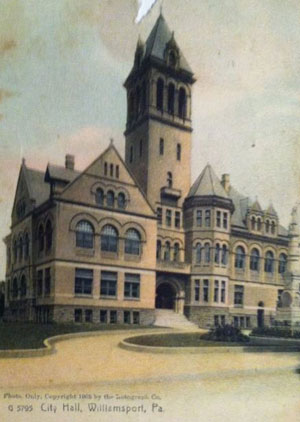 Finally, in 1894, the city built city hall on the burial ground location. Some remaining bodies were reinterred in Wildwood Cemetery in 1893.

The site does continue to surprise excavators. In 1975, tombstones were found while excavation work was being done at the site. Those stones were given to the Taber Museum and are in the collection. No bodies were found. 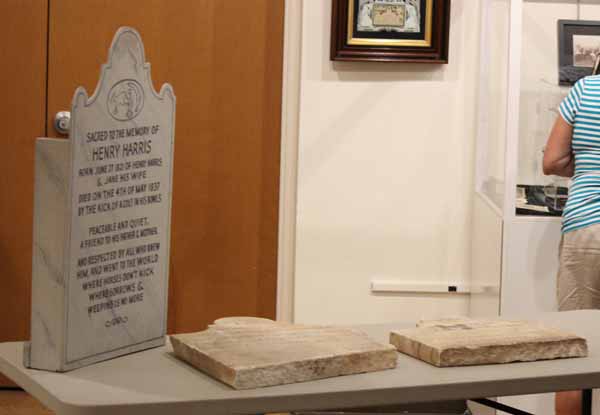 Gone, But Not Forgotten: Death and Mourning Customs in Victorian America, Summer 2017 Exhibit