2019 Holiday Exhibit: When the Circus Comes to Town

When the Circus Comes to Town was the theme of the 2019 holiday exhibit at the Taber Museum. The exhibit opened December 4, 2019, and there was an opening reception on December 6.

The exhibit featured a rare Humpty Dumpty Circus, created by the Schoenhut Company of Philadelphia, circa 1903. The original set consisted of a clown, a chair, and a ladder. The clown was fully jointed and this simple set could be posed in numerous ways, limited only by a child’s imagination. 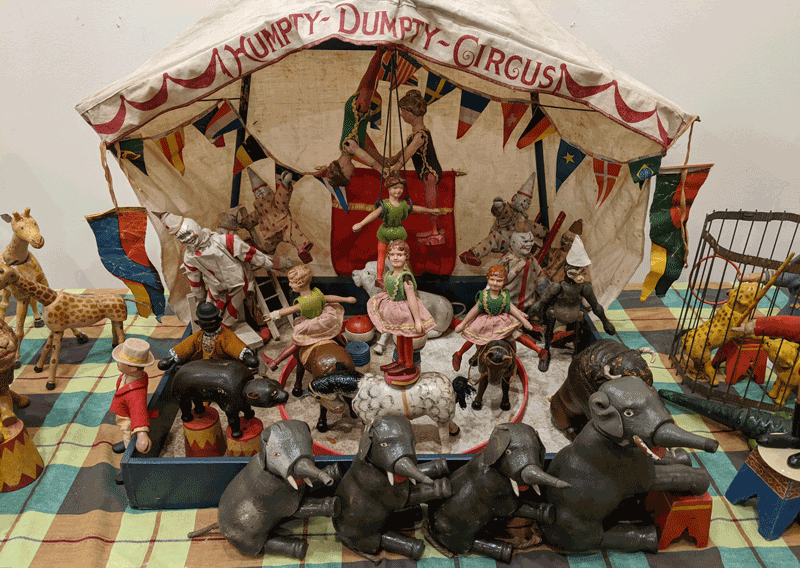 Also on display were the hand-carved circus miniatures created by Ron Warren. Mr. Warren grew up in Jersey Shore and lived near the New York Central Railroad offices. One day when he was six years old, a Circus Train stopped there to get water for their animals and to exercise them. His Mother took him to see them and from then on he was hooked on the Circus!

He returned home and found some old sheets, cut them up for tents and packed them in his toy trucks. He then went about the yard putting them up, taking them down and moving them to another spot. In his teen years he began building the Circus wagons and eventually carving animals and figures. He also made accurate tents, including complete dining and cooking tents. Ron was a member of the Circus Model Builders and Owners Association, Circus Fans and Circus Historians. He taught history at Loyalsock High School from 1960 until he retired in 1990. 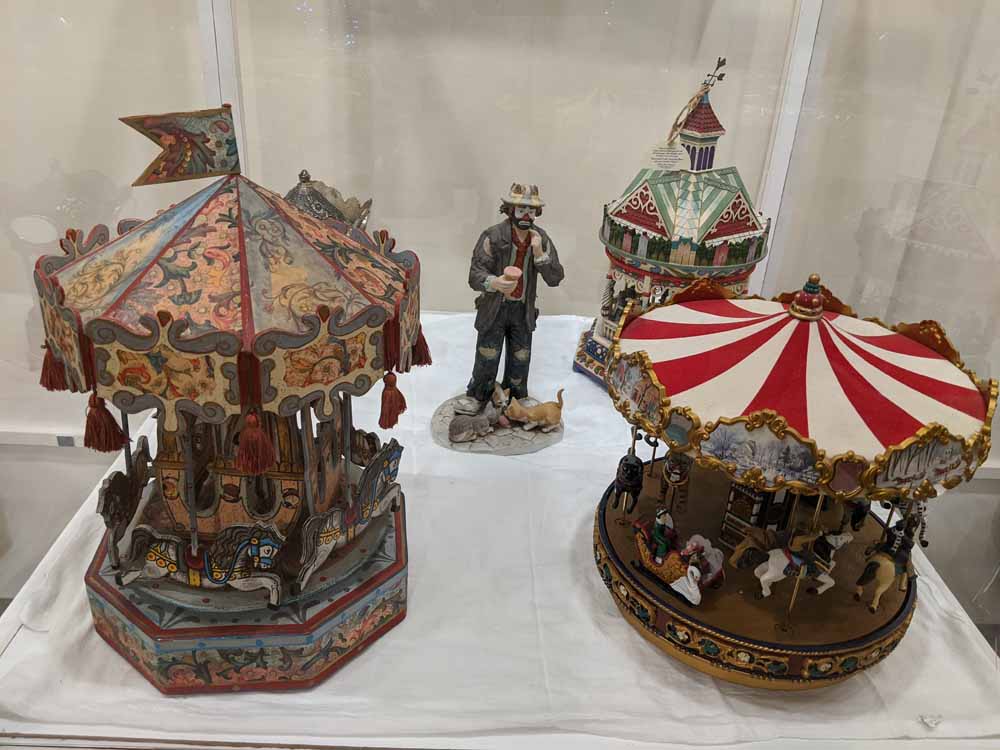 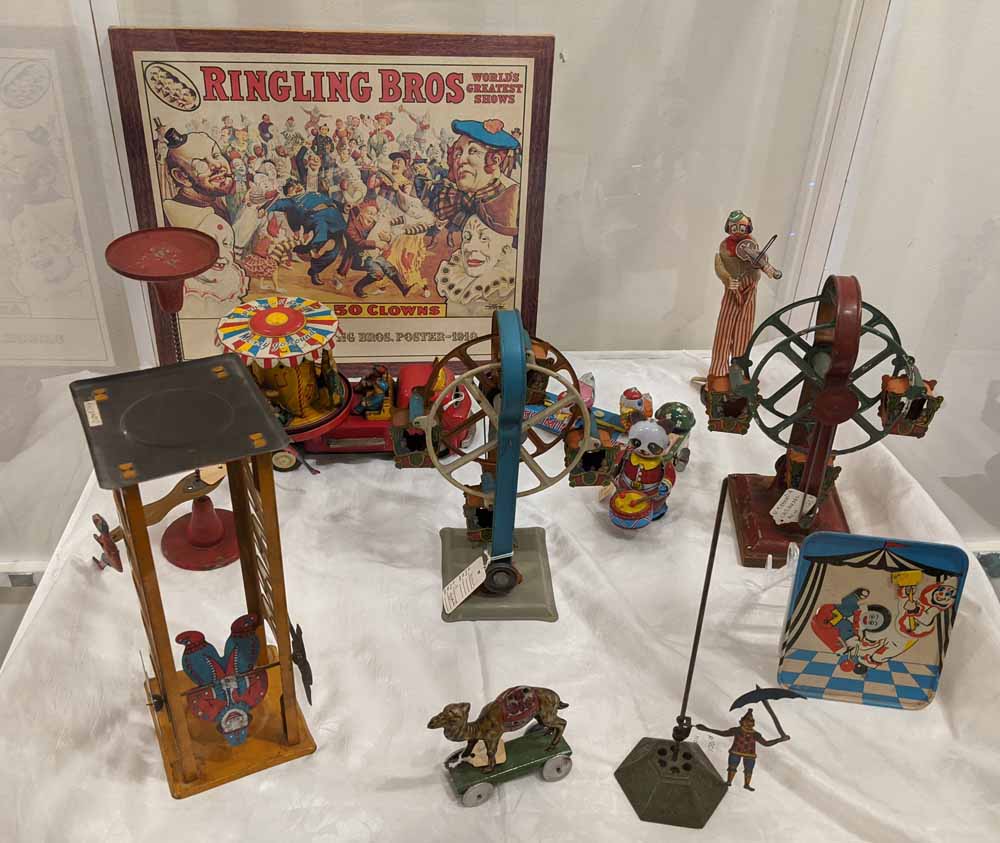 The exhibit proved popular with visitors, but, as the holidays, all good things must end. The exhibit closed on January 18, 2020.