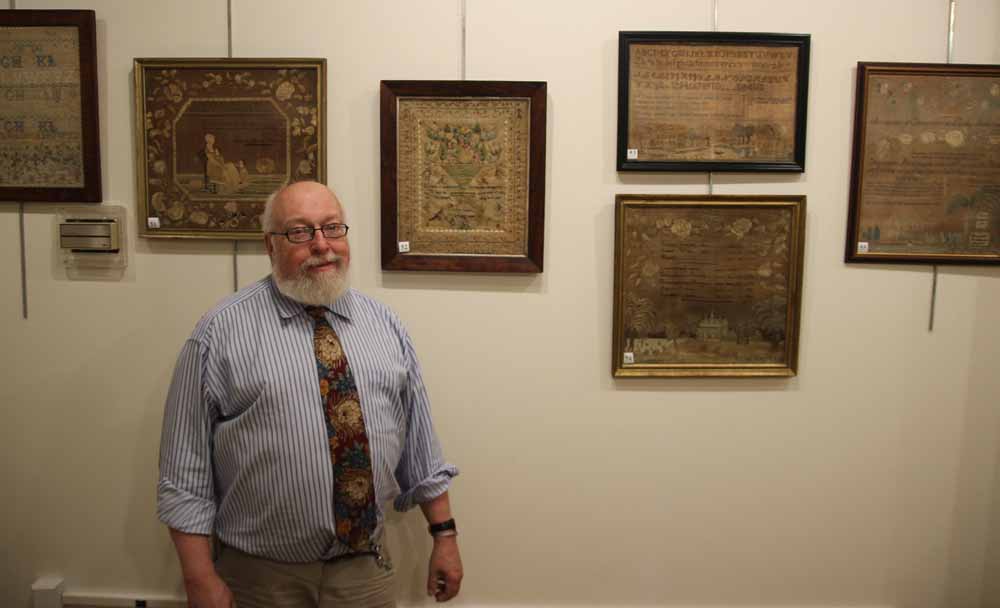 The Taber Museum exhibited a number of American and European needlework samplers as its summer exhibit, June 7, 2019- September 29, 2019. The exhibit was very well received, and in fact was held over from the original August end date to coincide with the June Baskin Student Art Show, to serve as an adjunct to the student works of art. Coincidentally, the students worked on projects involving calligraphy and it was felt that the samplers, with all their many alphabets, would serve as inspiration. 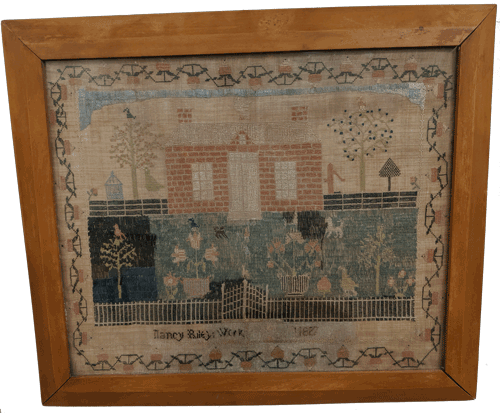 Entitled Make Much of Precious Time While in Your Power, the exhibit featured approximately seventy samplersmade by little girls. The majority of the exhibits samplers came from two private collections, with other examples from the collections of the Jersey Shore, Lycoming County, and Union County Historical Societies. Many thanks to the Museum's executive director Gary Parks and collector Bea Parker for providing the core of the exhibit.

The earliest sampler shown is from 1745 and is the work of Sarah Relph, who was then 10 years old, although she had not celebrated her birthday at the completion of her immaculately-stitched sampler. The title of the exhibit was taken from this sampler.

The exhibit was popular and was well attended by individuals and groups. Some who traveled a distance to attend the exhibit, included folks from the Schenkwelder Historical Society, Embroiderers’ Guilds within New York and Pennsylvania, and visitors from Pittsburgh, New Hope, Carlisle, PA, Amityville, NY, and Florida. 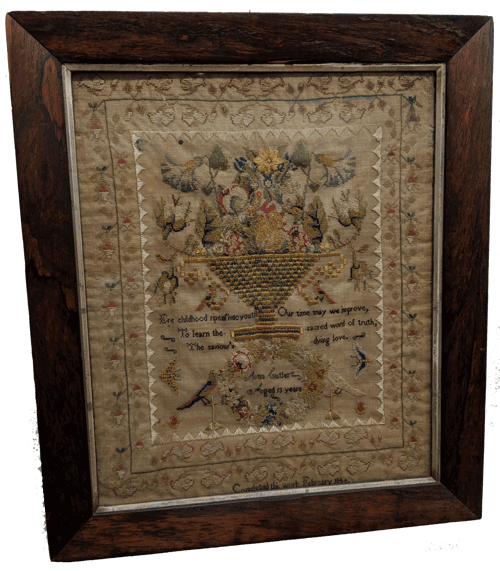 The exhibit featured the work of an overlooked segment of the population in history books: that of young women. Virtually every young woman during the 17th through the 19th centuries was instructed in the craft of needlework in preparation for her future roles as mother, wife, and housekeeper. On a plain piece of linen, wool, or possibly cotton, she would learn the basic sewing and darning stitches. The sampler could then be used as a reference when sewing a garment or darning a hole in socks was needed. 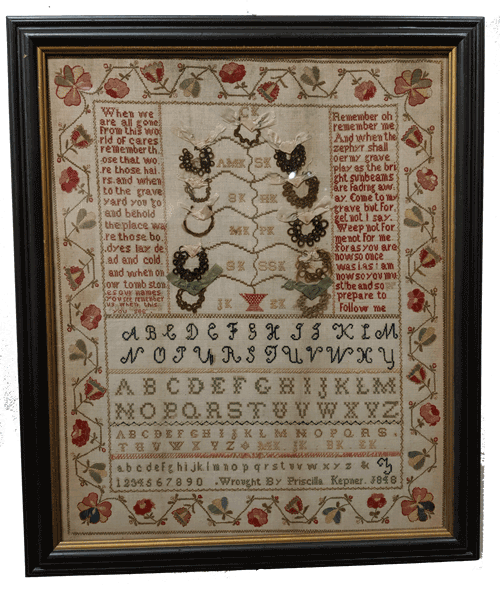 The very basics were often taught under the supervision of a female relative. If a young woman’s family felt the need to further her education and could afford it, the young woman might then be sent to an academy or finishing school. Many of the samplers on display were taught under the supervision of a teacher well-versed in the vocabulary of stitches. In homage to her teacher, the young lady often stitched the teacher’s name on the sampler.

The Exhibit Catalogue describes the pieces in the exhibit. 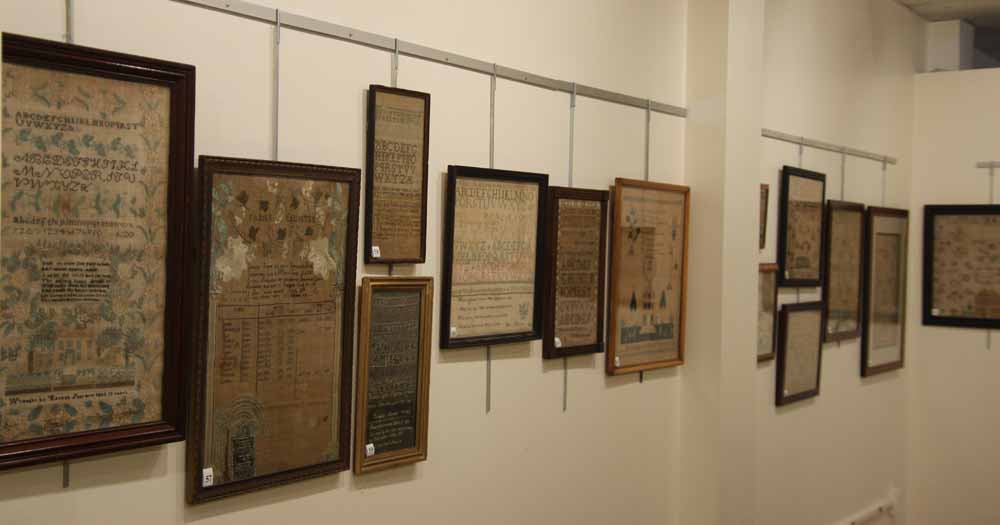