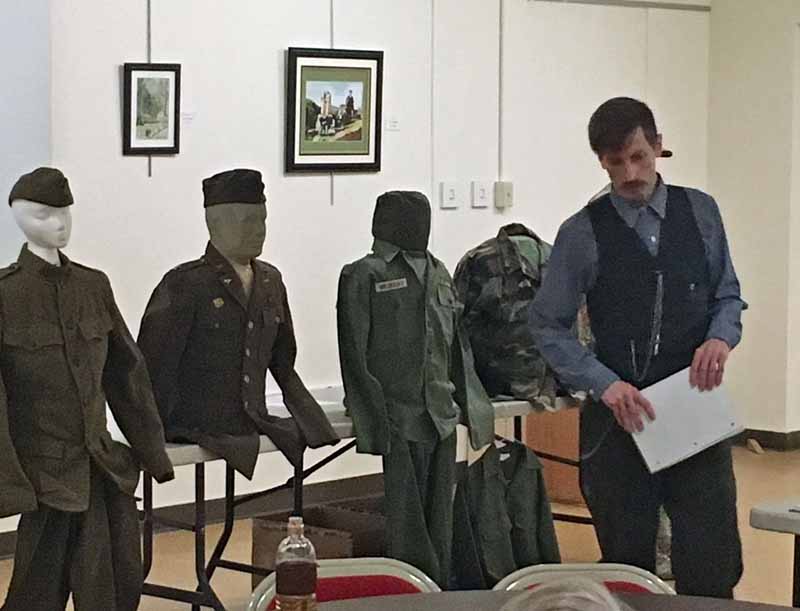 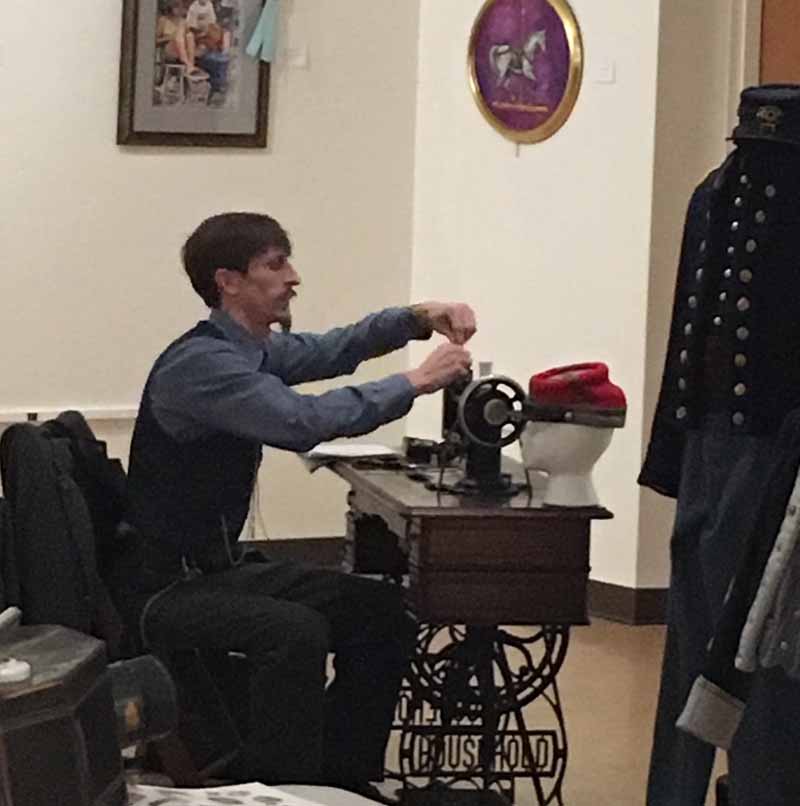 The Lycoming County Historical Society hosted a lecture on military uniforms at its monthly Coffee Hour, Thursday, November 8, 2018. Jarrad Jones, proprietor of VRIL Company, a company that specializes in customized and tailored uniforms, spoke on the military uniforms of World Wars I & II.

He brought with him a number of the uniforms he created. He also demonstrated techniques, using traditional foot operated sewing machines.

Jarrad has been a collector of militaria most of his life. At the age of eight, he viewed the Civil War film “Glory” and was overwhelmed by the reproduction uniforms in the film. Upon purchasing a foreign-made uniform made for reenacting purposes, he realized how inaccurate the costume was and that led to his interest in tailoring. He abandoned an early choice of career in construction for producing these custom-tailored uniforms. His tailoring has been sent to Europe, Australia, Japan, Mexico, and Russia. He can also restore boots and re-create insignias. His fascinating career will be a highlight of his talk with a number of uniforms that he has created on display.

During 2018, fourteen lectures at the Taber have focused on the era of World War I as the 100th anniversary of the end of the war approaches. Traditionally, the end of the war is remembered on Armistice Day (now more commonly referred to as Veteran’s Day), 11 November. In 1918, the armistice was signed between the Allies of World War I and Germany at Compiègne, France, for the cessation of hostilities on the Western Front of World War I. It took effect at eleven o'clock in the morning—the "eleventh hour of the eleventh day of the eleventh month”.

The Lecture Series has received the support of the Edward J. Smith Post, Muncy; the Bower-Decker Post 251 American Legion, Montgomery; the Garrett Cochran American Legion Post in Williamsport; and Leroy O. Buck Post, Duboistown. As well, the Lecture Series is underwritten by the Woodcock Foundation for the Appreciation of the Arts. 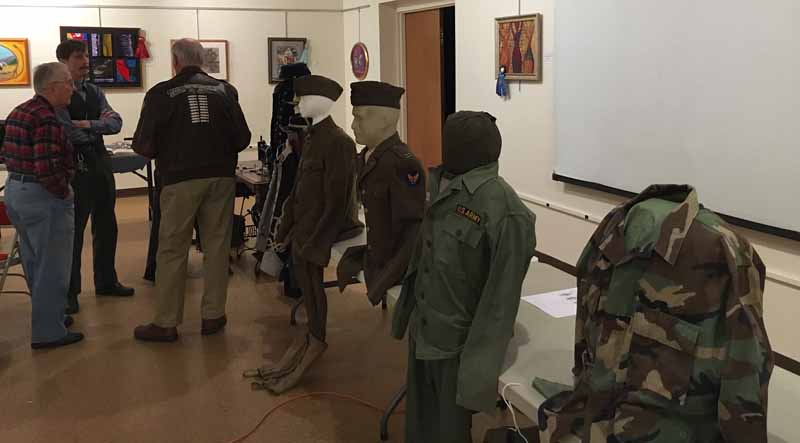 Was Muncy Farms resident Henry Brock the model for ‘The Great Gatsby’?