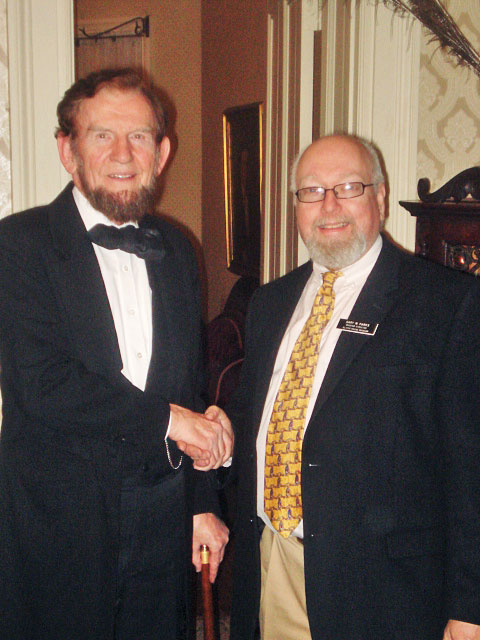 The Thomas T. Taber Museum of the Lycoming County Historical Society was honored with a visit by the President — President Abraham Lincoln, that is, on Saturday, July 21, 2012 at 2 pm.

Abraham Lincoln was portrayed by the nationally-known James Getty, who operates A. Lincoln’s Placetheatre in Gettysburg. Getty’s voice is heard reciting the 2nd Inaugural Address, along with the Gettysburg Address, at the Lincoln Memorial in Washington, D.C. As well, his voice is that of President Lincoln at the ‘With Liberty and Justice for All’ exhibit at the Henry Ford Museum in Dearborn, Michigan and as Lincoln on A&E’s “Abraham Lincoln: a Biography” and “The Assassination of Abraham Lincoln”. He portrayed the President in the Turner network film “The Ironclads”. This will be a rare opportunity to hear his dramatic monologue as he recounts his early life and rise to the Presidency, culminating in the Civil War, 1861-1865. There will be an opportunity to meet and greet the President. 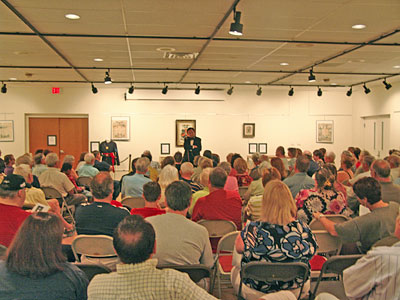 The Woodcock Foundation for the Appreciation of the Arts is a charitable granting agency which has adopted as its mission statement, “So long as there are little children to be introduced to the creative arts and harried adults who missed exposure to great art and literature and timeless music to be share across all age groups, there will be a need for efforts to encourage the Appreciation of the Arts.”