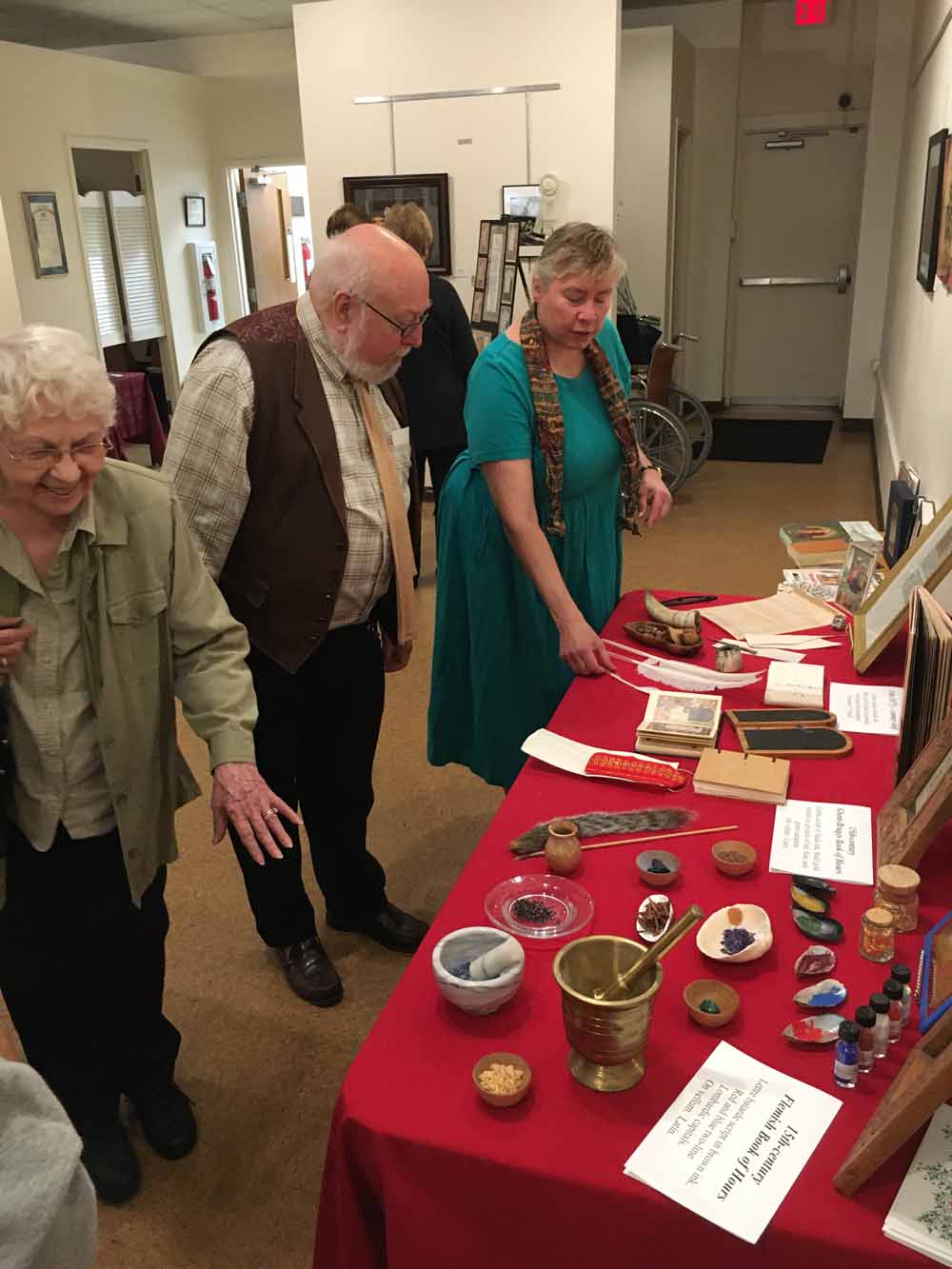 The Taber Museum hosted Della Hutchison speaking on “Illuminated Manuscripts: Book Arts of the Middle Ages” for its October Coffee Hour. Della Hutchison is a self-taught calligrapher, first learning the art from her freshman college roommate at Bucknell. Earning both her Bachelor of Science in Secondary Education and a Master of Arts in English at Bucknell, Della became a public school teacher for thirty-two years until her recent retirement. “It allows [me] more time to learn about medieval life, particularly gardens, tapestries, and illuminated manuscripts.”

As a feature of the lecture, Della brought with her examples of illuminated manuscript pages, both modern and ancient. She also displayed the tools of the trade: quills, media, and materials from which ink wis created.

She talked about the production of vellum from goat, calf or sheep skin. She spoke of the use of goose (or possibly swan) quills as writing implements. She debunked the myth of quill pens with all the individual feathers on them- the feathers would have irritated a scribe’s hand, and so the quill pen would have been ‘de-feathered’ and only the quill remaining.

Della covered so many topics that were just so interesting and offered to do a workshop on calligraphy if there is an interest. Perhaps the many attendees will take her up on that offer?

Society Program: Romanov or Rip Off