Larue Shempp was a very young man when he first watched with fascination as trains arrived and departed from his home town of Williamsport. He began collecting, buying train sets at local auctions. His collection came to include over 300 trains, with many rare examples. Many of the trains are one of a kind; some a prototype for models never built.

Shempp searched the world to add to his collection, but he always wanted his trains to remain in Williamsport. His collection of model trains is on permanent display in the basement of the Thomas T. Taber Museum. 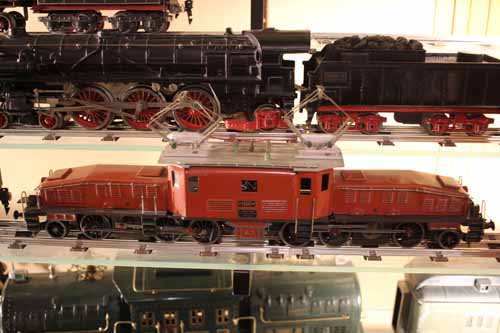 The collection was purchased by the First Community Foundation Partnership of Pennsylvania in 1984 and exhibited here at the Historical Society, with the Foundation ultimately donating it to the Museum in 2004. 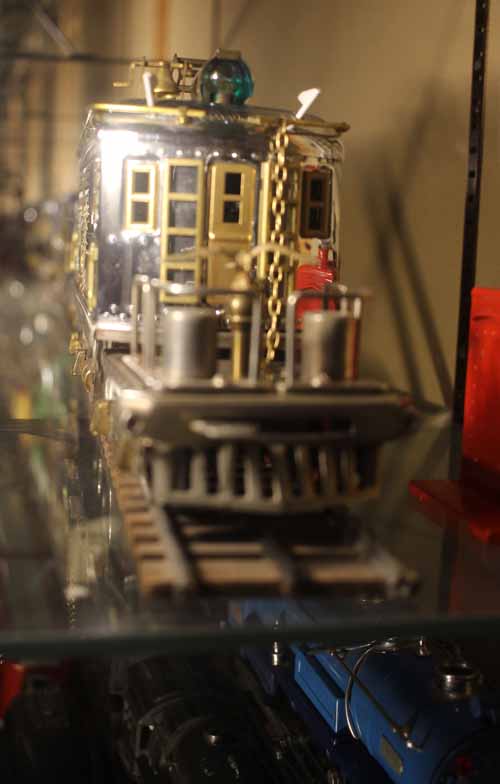 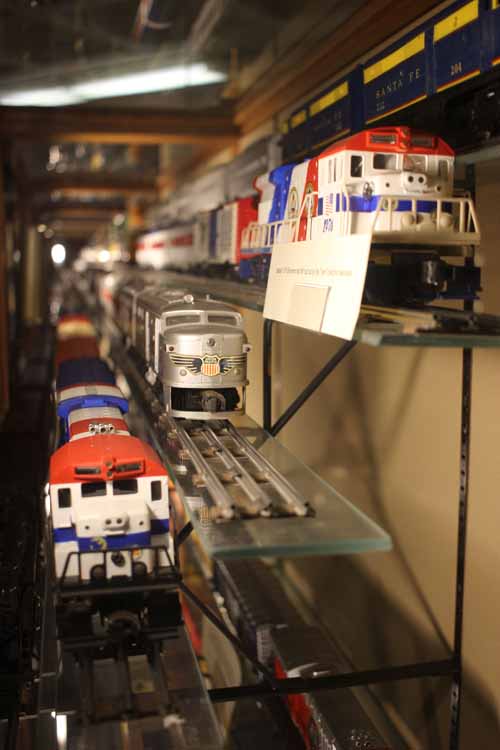 There are more than 2,000 pieces, 100 individual locomotives and 347 complete train sets in the collection with many rare and prototype models. While the earliest model train (1877) is a steam engine powered by alcohol, another – the Mayflower by American Flyer Gilbert – Shempp thought to be the most beautiful toy train ever made. With only 50 of these sets ever sold, it is quite rare.

Some of the more famous model trains in the collection are the Super 381, nicknamed “Brute” (S gauge, more than 20 pounds). “Brute” is a Lionel prototype possibly manufactured in Italy. This train was so large they realized they couldn’t manufacture it for children at this size, so they downgraded it to a smaller size.

Another popular model train in the collection is a No. 1 gauge German LGB owned by President Ronald Reagan. When it was learned Reagan never got a train set as a child, he received many as gifts. Because most were more than $50, they had to be turned over to General Services Administration, who loaned this one to the museum for display.

The Shempp Train collection is a unique, must-see experience for anyone with an interest in toy trains. 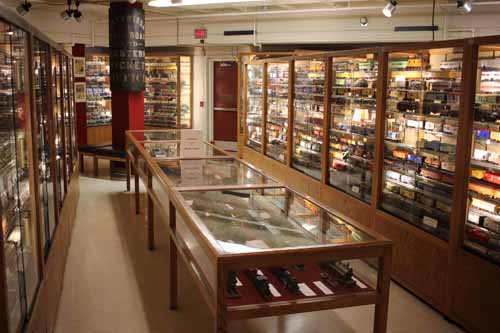