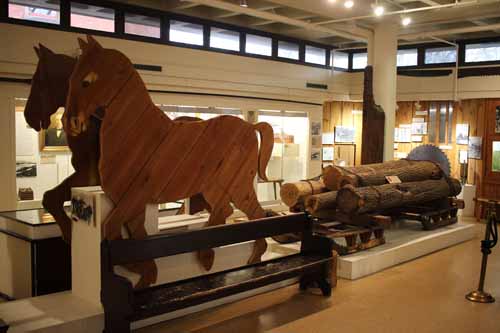 The abundance of white pine, eastern hemlock, American chestnut, and oak in the hills surrounding Williamsport brought about a golden age in the history of Lycoming County. The harvesting of timber became the main economic thrust in the area in the last half of the 19th century and ultimately provided job opportunities for many and wealth for a few. 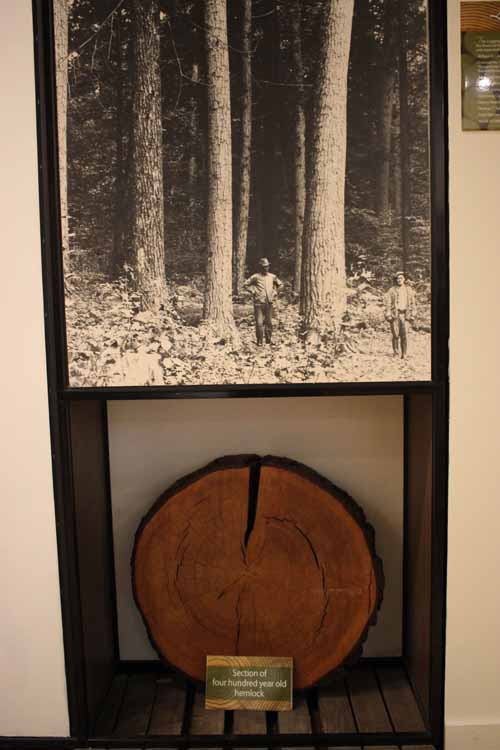 Men relocated far from home for the chance to secure steady employment and better themselves. For the lumbermen, it was a rough and dangerous life. For the relatively few lumber company owners, it was the key to great wealth, allowing them to build mansions with the latest in conveniences: gas lighting, telephones, and indoor plumbing, as well as stained glass windows and rich wood paneling.

Williamsport earned the accolade “Lumber Capital of the World” with more millionaires in a concentrated area than anywhere else. In the Historical Society’s Lumber Gallery, the grittiness of a lumberman’s life is contrasted with the opulence of life within a Millionaires’ Row mansion.