‘The Evolution of Newspapers’ Discussed at September Coffee Hour

The Taber Museum hosted Timothy Hughes of Rare and Early Newspapers... History’s Newsstand at its Coffee Hour on Thursday, September 8, 2022. Hughes talked on ‘The Evolution of Newspapers’, noting ‘how they’ve changed over the last 400 years’. 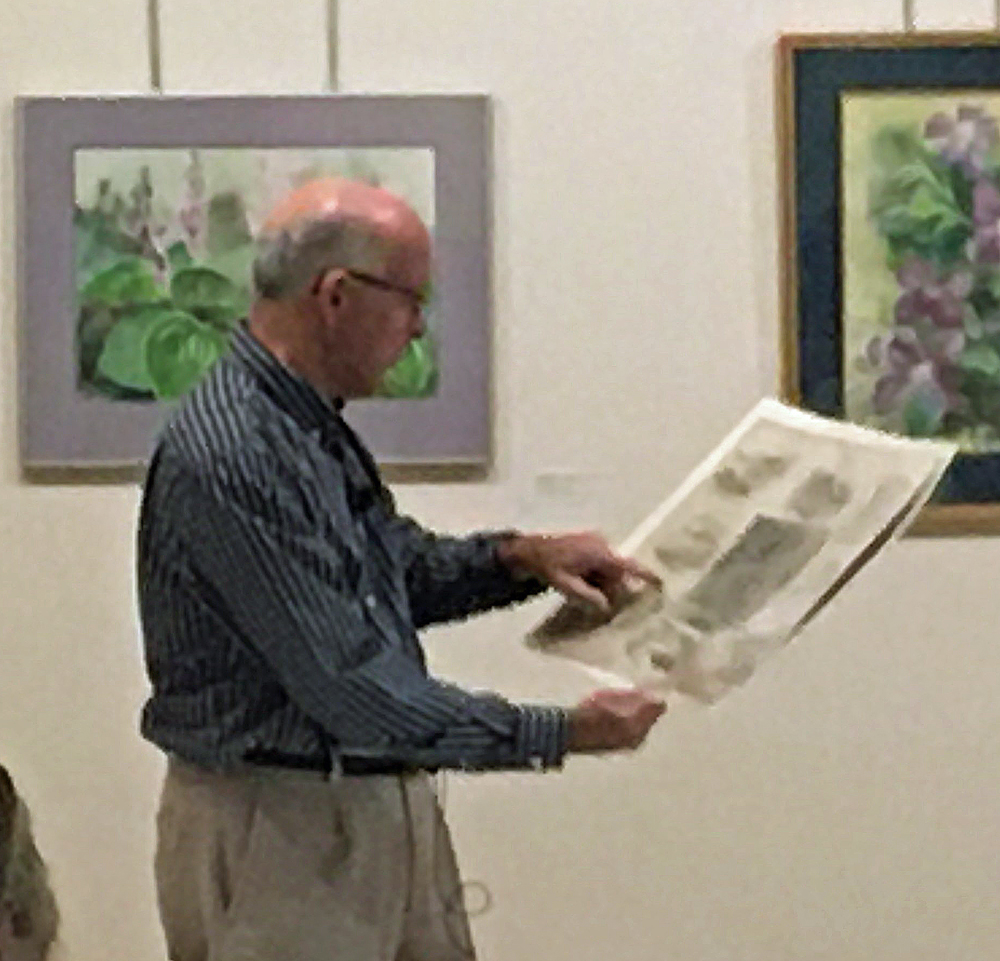 Tim spoke to a crowd of 60 guests. He began selling newspapers a number of years ago, and the company sells worldwide. In his talk, he featured not only rare editions, but some of the quirks, ‘Dewey Defeats Truman,’ for instance. Particularly interesting were the local newspapers. He indicated that someday, those would come to the Taber Museum.

Tim Hughes is a local man who grew up in South Williamsport and graduated from Lycoming College in 1975. He worked at Little League Baseball Headquarters from 1975 until 1988. During that time, he began a small hobby-business of selling vintage newspapers. The interest grew into a full-time job by 1988, at which time he left the Little League to devote his full attentions to the newspaper business. His warehouse currently holds over 3.5 million newspapers which date from the 1620s through the 21st century. At the time he left Little League in 1988, he was working at Vice President of Operations. However, he continued his association with Little League in 1996 by being named to the Board of Directors and serving as Chairman, 2004-2007. His website is www.rarenewspapers.com.

Quizzo Season at the Taber

John Hunsinger Speaks on Civil War Veteran’s organization, the Grand Army of the Republic
Rich Nornhold Reviews the Artistry of Fraktur at the Taber
Connie Phillips Spoke on Victorian Clothing at December Coffee Hour
Examining the World War I Era