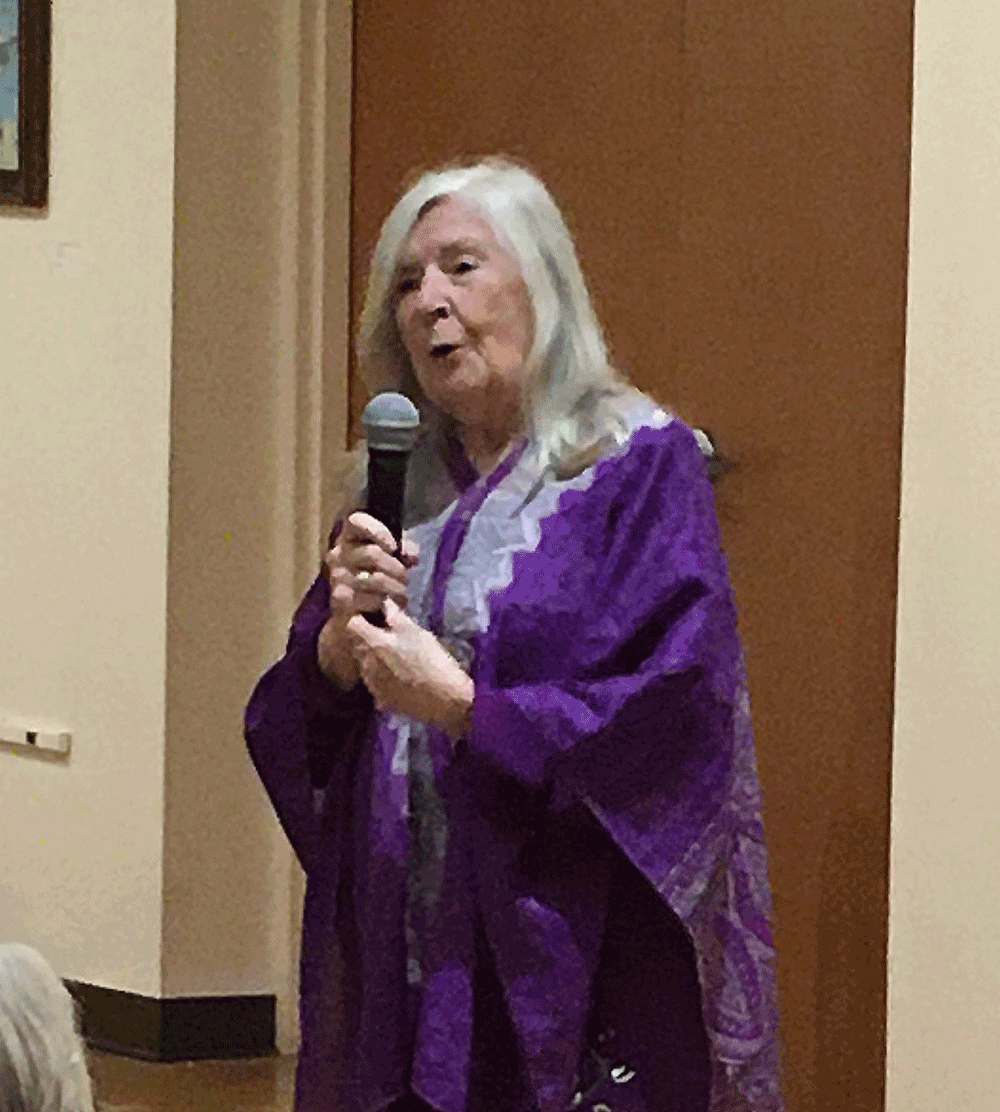 Using Reeve’s memoir Under a Wing (1998), No More Words: A Journal of My Mother (2001), Forward From Here: Leaving Middle Age- and Other Unexpected Adventures (2008), and Two Lives (2018), Meg Geffken related the story of Reeve and her family, recounting her father’s historic transatlantic flight and the kidnapping of her older brother, whom she never knew. She provided a fascinating to dive into the private lives of Charles Lindbergh and Anne Morrow Lindbergh. Charles would call in his five surviving children and list their indiscretions, indicating that it was contributing to the fall of Western Civilization. They did not talk about the kidnapping of their oldest child, only talking about the kidnapping after the Lindbergh children heard of it in school. There is conjecture that Lindbergh may have staged the kidnapping because Charles, Jr., may have had a birth defect. He fathered seven other children in Europe, with three different women.

‘The Evolution of Newspapers’ Discussed at September Coffee Hour