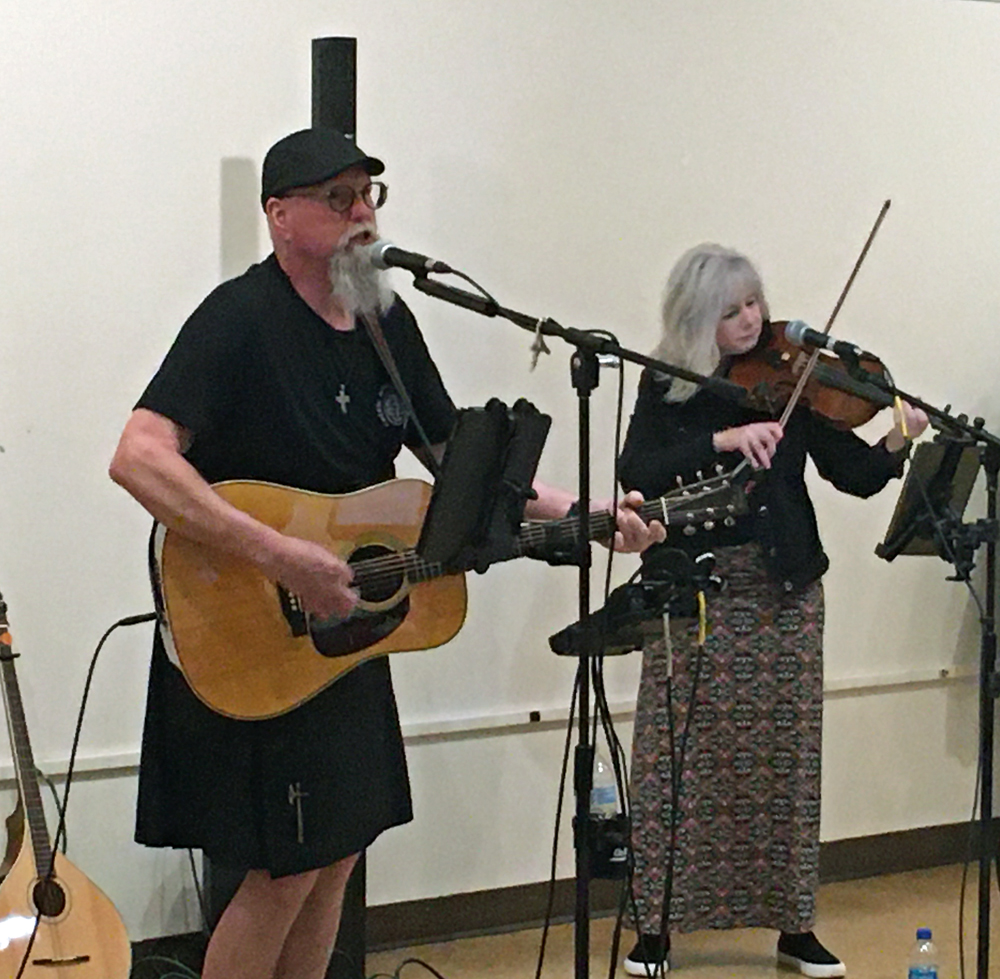 Michael has been a music lover from the beginning. His Mother told him he began singing as a baby, and he sang in school and church choirs as a boy. He also had exposure to the violin and piano, and in 1967 his uncle loaned him an acoustic guitar for the summer. By Christmas he received his first guitar. At first he learned the songs sung by folk artists of the 1960s. He has stayed active musically, playing in several local bands in the Williamsport area and has come back to his Celtic roots joining Celtic Wood and Wires in September of 2020. Their debut album, Close the Back Door, came out in 2021.

Coffee and snacks was provided by Backhouse Café Coffee and Tea, which is located across the street from the museum, Ron and June Wright, proprietors.