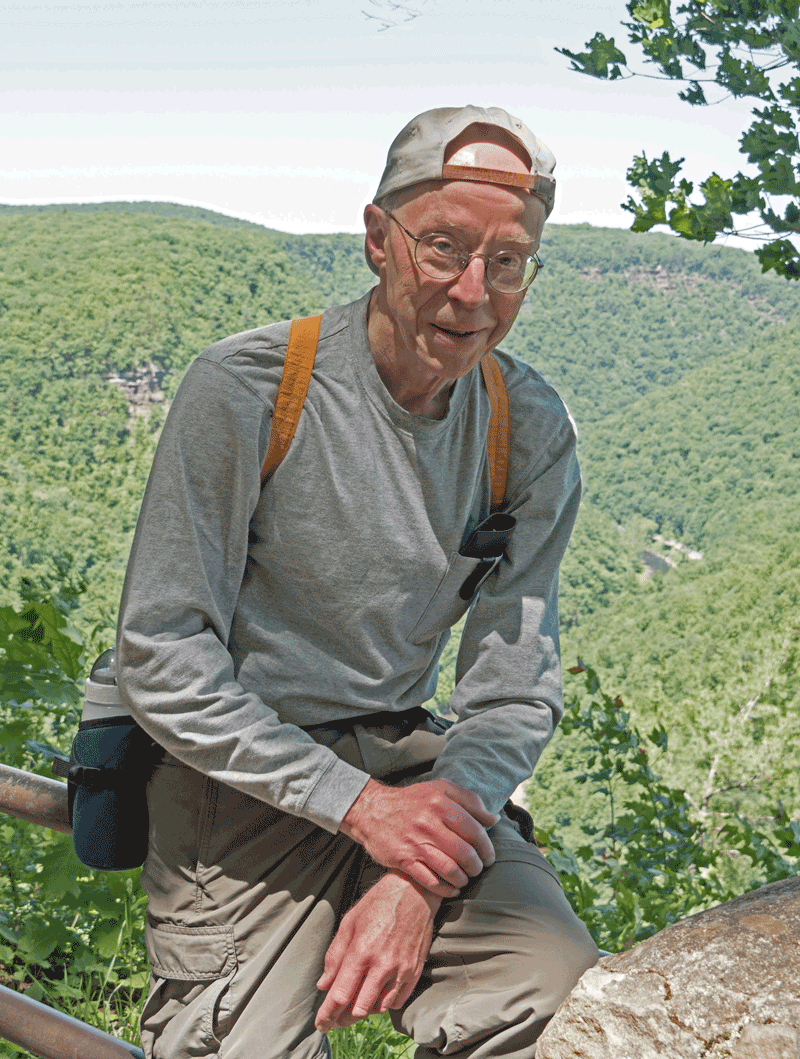 The Lycoming County Historical Society and Thomas T. Taber Museum have had the proud task of collecting, organizing, and disseminating for proper display, the history, stories, details, and artifacts of the Northcentral Pennsylvania region for over 110 years. We specialize in the rich, vibrant, LOCAL past and all the people who lived, worked, and sometimes struggled to keep the Lycoming County area a special place with a “proud past - and a promising future”. But what about those who grew up here and moved away? Or lived here for a time, then moved on? Has our region’s history touched them, and do they carry the passion for the history of Lycoming County with them when they leave? Well, one man can answer that question with a resounding “YES!” That man’s name is Wayne Hall.

Wayne was born in Williamsport in 1945 and lived here until 1966. As a child, Wayne made many visits to the museum (well before it was named in honor of Thomas Taber) and became especially interested in the industrial, transportation, and musical history of the region. Wayne noted that “I spent many spring and summer weekends trout fishing with my father on Gray’s Run and Pleasant Stream, both of which played major roles in the lumbering industry.”

His great-great-grandfather was Jacob Mussina, Williamsport’s first jeweler. Jacob’s daughter, Helena Mussina, married O. Emmons Burch. Wayne’s mother, Helena Burch Hall, served as a Museum volunteer for a number of years, where she developed a strong interest in genealogy. “When she died in 1996, I inherited a treasure trove of well-documented Mussina and Burch family artifacts, letters, photographs, and other memorabilia as well as an original oil painting by local painter John Tallman, who had studied with Severin Roesen” stated Wayne. Since her death, Mr. Hall has donated to the Thomas T. Taber Museum the Tallman painting (which hangs in the Museum) and many items of historical interest from the Mussina and Burch families, and has generously supported the Lycoming County Historical Society for many years.

Since moving away from Williamsport, and living in the Boston area since 1973, he has developed an active interest in the rich history of that part of New England. He said he “has come to appreciate how important it is that history be preserved and made accessible and relevant to the public.” Wayne astutely pointed out that there are “some intriguing parallels between the industrial and transportation histories of eastern Massachusetts and Lycoming County. I’ve found it very interesting to compare the rise and fall of industries (the textile industry here and the lumber industry in Lycoming County) and the supporting transportation infrastructure (both areas, for example, had active canal systems to support local industry which had short lives due to the arrival of the railroads). My wife, Judy, comes from a railroading family in the South, and we feel that the Shempp model railroad collection (at the Taber Museum) is a real gem.”

Wayne and Judy have been active supporters of their local historical society (in Sudbury, MA), which is now nearing completion of a multi-year project to acquire its first “real” museum by refurbishing a historic eighteenth-century parsonage located on the town common. “Community support here has been exceptional, and will hopefully continue. Although the Taber Museum is much larger and very different physically, I’m sure that many of the issues both face are similar, albeit on a different scale. Member support is what makes it all possible!”

In 1998, Wayne seized an opportunity to retire early from a 30+ year career in the computer and communications industries, and since then has focused on various interests in outdoor and nature photography and music. “I’m proud to stay connected to Lycoming County and to LCHS – there is always more to learn and new discoveries to be made, and the Internet certainly makes that easy to do from a distance.”

Wayne and Judy’s continued connection and interest are examples of the influence the LCHS can have on someone’s life - even if that life is no longer being lived in our area. The pride in the vast and rich history of Lycoming County will continue to expand and touch the lives of those who recognize its value and cherish the memories that our area has imparted to many - near and far.