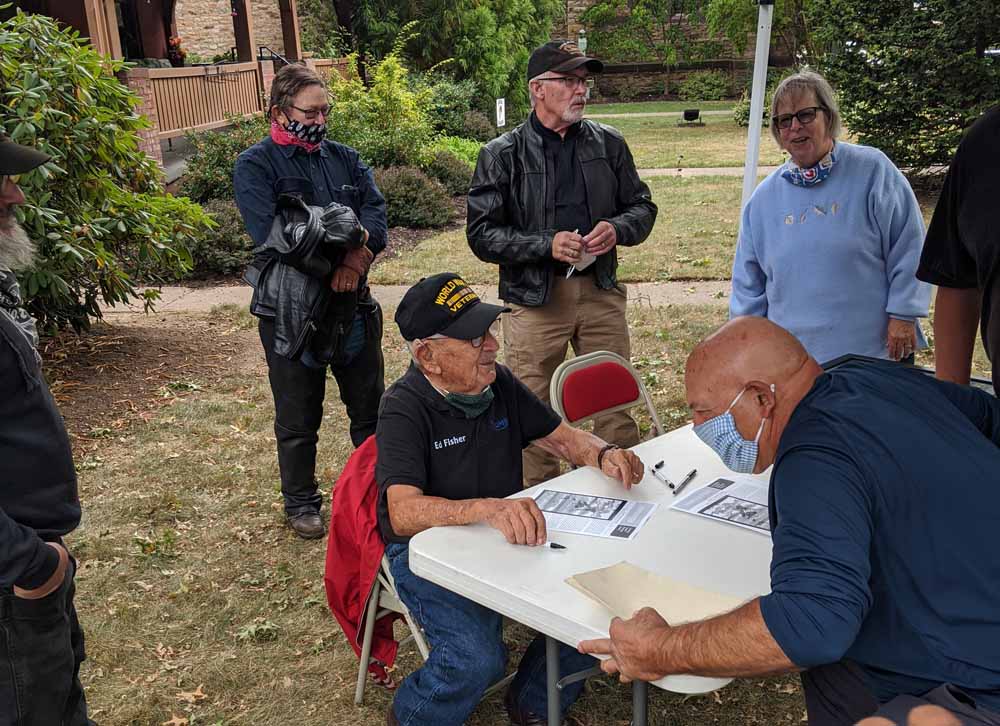 In conjunction with the summer vintage motorcycle exhibit, ‘Fast’ Eddie Fisher signed autographs and reminisced with folks at the Taber Museum on September 12. He autographed copies of the catalogs, calendars, posters. tee shirts and magnets produced for the exhibit. Fast Eddie generously agreed to appear to support the Museum's fundraising efforts.

Even at age 95, he is still riding. Eddie drove in to Williamsport in his motorcycle, with his wife Suzi, in the sidecar. They currently reside in Shunk, Pennsylvania, where Eddie maintains his collection of more than 20 bikes. 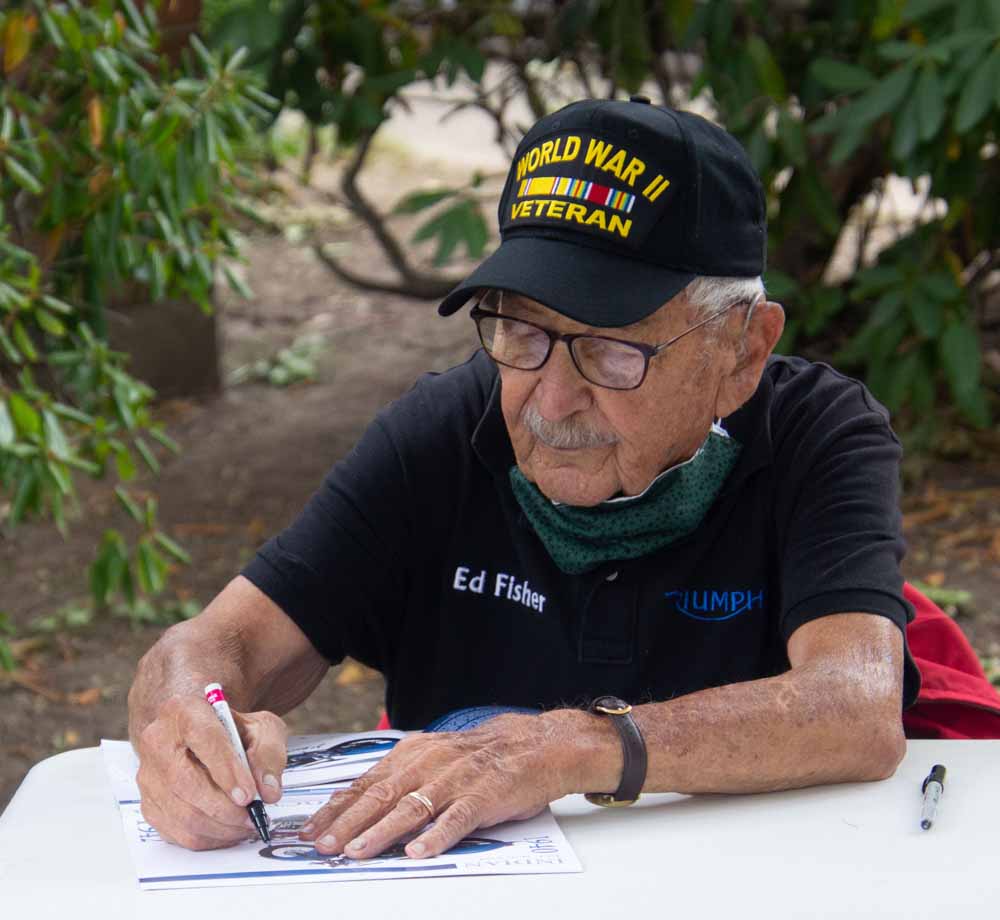 To motorcycle enthusiasts, ‘Fast’ Eddie Fisher needs no introduction. However, for readers who may not know his impressive biography, here are a few details. Born in 1925, Mr. Fisher’s first motorcycle was a 1941 Indian Scout Pony. While in the Army during World War II, Fisher trained as a motor mechanic. He was able to have his bike shipped to the Army base. Eventually serving in Germany, he returned home and purchased an Indian Chief motorcycle. He worked as a mechanic for an Indian dealership in Lancaster and became a factory rider for the company.

In the early 1950s, however, England-based Triumph was aggressively entering the American market. Fisher became a Triumph dealer in 1952 after he opened a small gas station and garage in 1950. This association with Triumph lasted the rest of Mr. Fisher’s career, operating the dealership until 1998.

In the 1950s, “Fast” Ed Fisher was a leading road racer, winning the Laconia Classic in 1951. While linked to road racing, Fisher was also noted for his accomplishments on dirt-tracks and he continued into his 70s, competing in hill climbs and drag racing. His son Gary has succeeded his father in road racing. Gary, nineteen years later, won the Loudon Classic (which replaced the Laconia), making them the only father-son to ever win the competition.

Impressively, Mr. Fisher was inducted into the American Motorcyclist Association Hall of Fame in 2002. This will provide a rare opportunity for you to meet a motorcycling legend!

The summer exhibit, “Harley-Davidson vs. Indian Wars: Vintage Motorcycles at the Taber Museum,” continues through September 27. 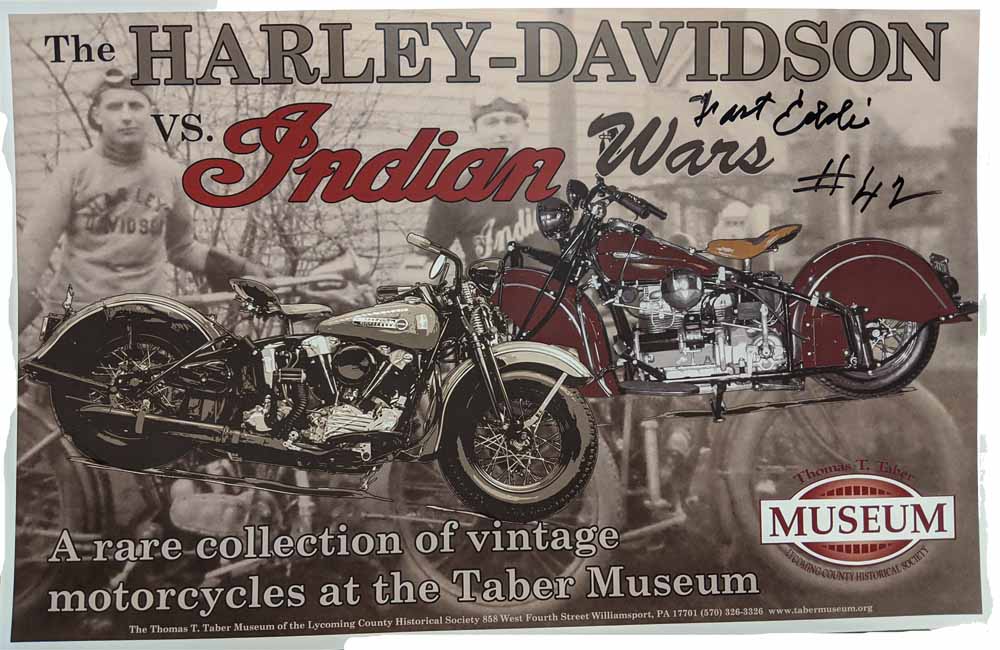 A Little Off The Top
The Literal Fabric of History
Informing Posterity - What are your Covid-19 Memories?
Happy Historical Holidays