Bottles & Brews VII continued the annual beer, wine and spirits tasting tradition with a really nice event. Lycoming County beer drinkers again had the opportunity to taste the latest national and local brews, as well as local wines and spirits. 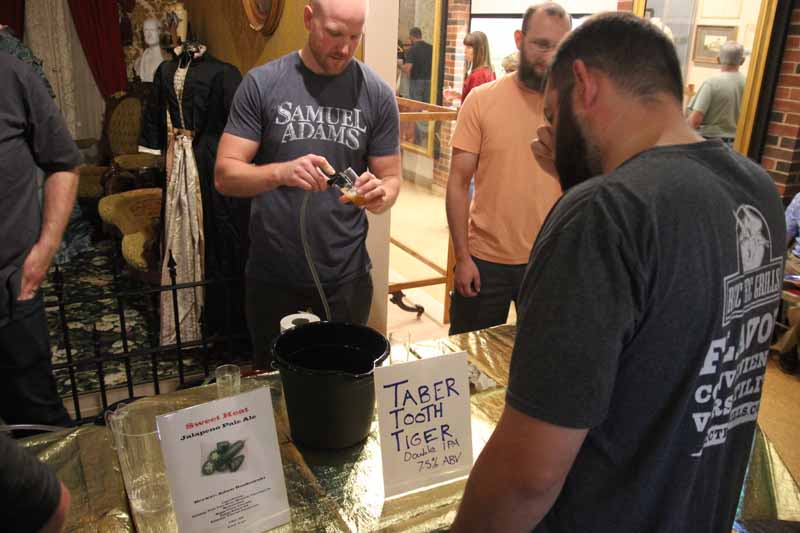 Chef Hosch & Ann Catering and Peter Herdic House Restaurant were present with tasty treats, while Wegman's, Weis Markets, Filippo's Italian Restaurant, Tony's Delicatessen and Pudgies Pizza provided additional food for the hungry crowd. Thanks also the Board and other friends who baked and created food for the event. The Moon and Raven provided $5 gift cards that were offered to purchasers of 50/50 and raffle tickets.

Thank-you to our anonymous craftsman who built the wonderful and popular handmade wooden buckets used to fill the ‘Buckets of Cheer,’ that were raffled off during the evening. Also, Ann Kline created beer themed pillows that were included in the raffle. A hand made wine rack and Yuengling memorabilia rounded out the donated prizes that tempted the guests to purchase tickets that supported the Museum.

Thanks to all who helped to make 2019 another successful year for Bottles Brews. Special thanks to Mid-State Beverage Company for partnering with us to bring in multiple brewing companies and for their help organizing the event, and to Susquehanna Gallery and Frame Shoppe for providing the signage and admission tickets to the event! We would also like to gratefully acknowledge Home Service Beverage for donating ice and Hometown Disposal for our recycling needs.

Rich Nornhold Reviews the Artistry of Fraktur at the Taber