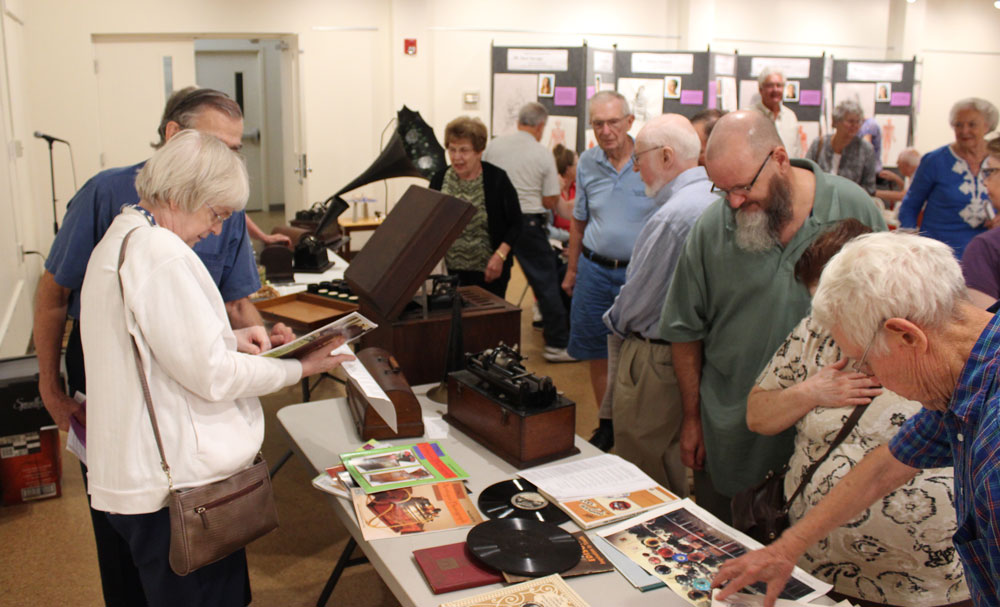 At its September Society Program on Sunday, September 18, 2016 at 2:00 p,m., James and Joanne Ertel discussed Thomas Edison’s invention of the phonograph. The program was attended by 36 members and guests.

The Ertels brought with them a some of their collection of Edison phonographs as well as cylinder recordings, disk records, photographs and publications. 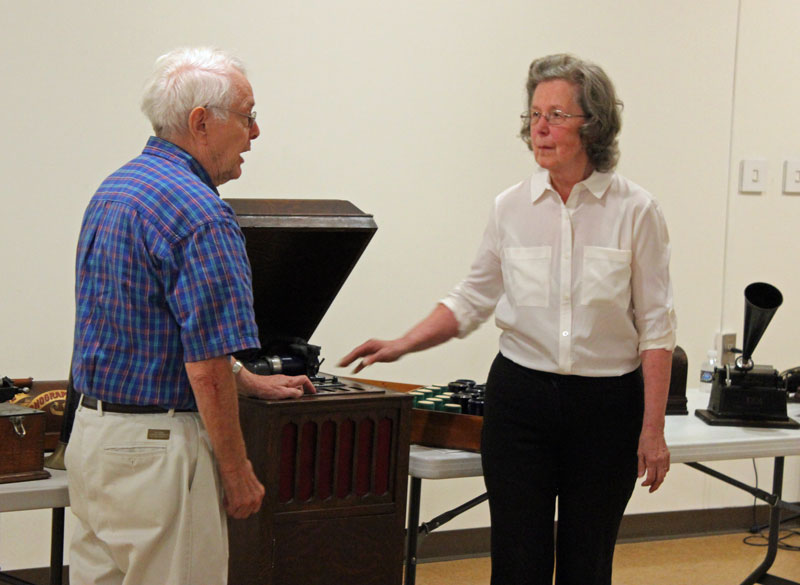 James and Joanne Ertel recounted Thomas Edison’s invention of the phonographThomas Edison is the ‘inventor’ of the recorded voice. August 12, 1877 is the date popularly given for Thomas Edison’s completion of the model for the first phonograph. Edison was trying to improve a telegraph transmitter when he noticed that the movement of the paper tape through the machine produced a noise resembling spoken words when played at a high speed. Experimenting with a stylus on a tinfoil cylinder, Edison spoke into the machine, reciting the childhood poem, ‘Mary Had a Little Lamb.’

The Ertels have been fascinated with Edison’s invention for over fifty years. For the program, they played an assortment of Edison cylinder records, including one of Edison talking, The Star Spangled Banner, the voice of President William Howard Taft, John Phillip Sousa’s band, and the comic monologues of early twentieth century comedian Cal Stewart, reciting “Uncle Josh’s Rheumatism.

The lecture series is underwritten by the Woodcock Foundation for the Appreciation of the Arts and Hudock Capital. 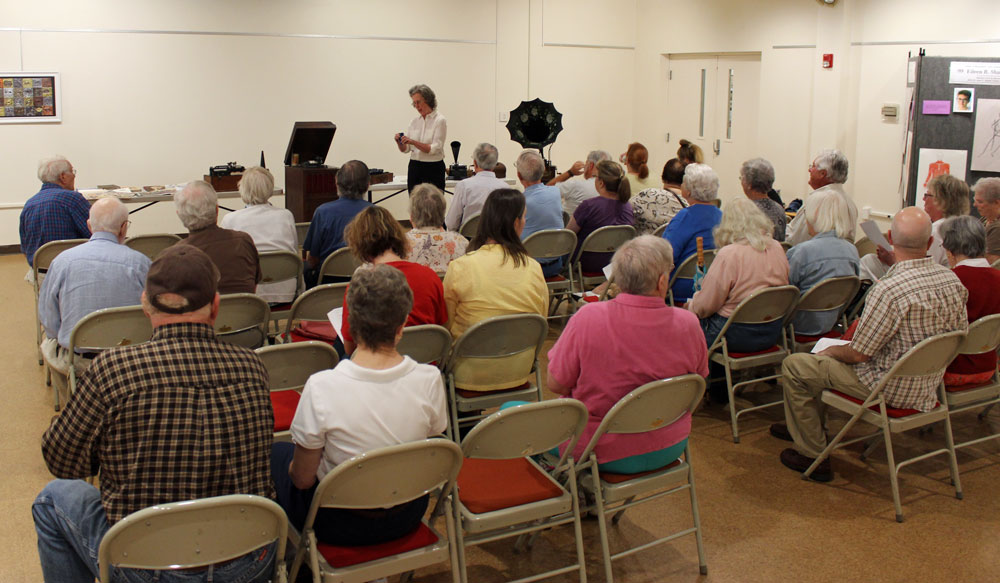